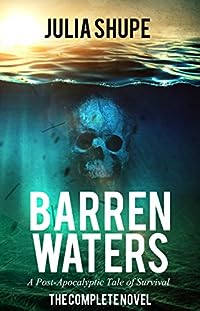 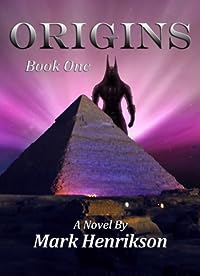 Archeologists working in the Giza plateau make new discoveries about Egypt’s past. Recorded history of the Great Pyramid, Sphinx, even Moses and the slave exodus to the Promised Land are drawn into question as they unravel the mysteries they find and encounter elements intent on preserving those secrets.

A patient in a psychiatric hospital may be the key to it all. Hastelloy is convinced he’s locked in a battle for humanity’s survival with the mysterious species Alpha that has spanned the course of human history since ancient Egypt. Is he crazy, or is it crazy to ignore him?

Meanwhile, NASA and the National Security Agency struggle with the future of mankind amid the launch of a new deep space probe capable of broadcasting a message that will be heard by others. Some believe it can propel humanity to new heights, others insist it will bring about the end of mankind. Both sides will stop at nothing to further their cause.

Mankind’s past, present and future are revealed in this gripping thriller that does not let go for a single page, and has enough twists and turns to test even the most sturdy safety harness. The Origins of all will be revealed. 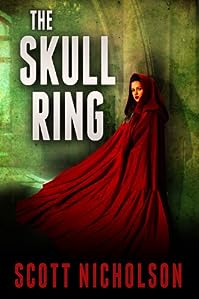 Dr. Pamela Forrest is determined to bring Julia’s memories to the surface, hoping to heal Julia’s panic disorder. The therapist keeps returning Julia to a night twenty-three years ago when Julia was four. A night of hooded figures, strange chants, pain, and blood. The night her father disappeared from the face of the earth.

But the line between the past and the present begins to blur when Julia finds a silver skull ring that bears the name “Judas Stone.” Someone is leaving strange messages inside her house, even though the door is locked. The handyman, who has a key, spends a lot of time in the woods behind her house. Her boyfriend Mitchell becomes distant and violent. And the cop who investigated her father’s disappearance has followed her to the small Appalachian town of Elkwood.

Now she has a head full of memories, but she doesn’t know which are real and which are the creations of Dr. Forrest. The shadows of Julia’s panic are growing larger and darker. But succumbing to madness seems safer than heeding the whispers that claim ownership of her body and soul. 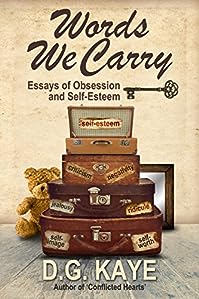 “I have been a great critic of myself for most of my life, and I was darned good at it, deflating my own ego without the help of anyone else.”

What do our shopping habits, high-heeled shoes, and big hair have to do with how we perceive ourselves? Do the slights we endured when we were young affect how we choose our relationships now?
D.G. takes us on a journey, unlocking the hurts of the past by identifying situations that hindered her own self-esteem. Her anecdotes and confessions demonstrate how the hurtful events in our lives linger and set the tone for how we value our own self-worth.

Words We Carry is a raw, personal accounting of how the author overcame the demons of low self-esteem with the determination to learn to love herself. 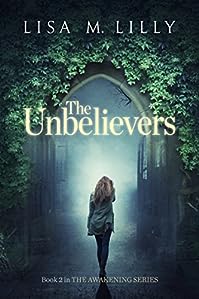 A child who never should have been born…
Tara Spencer is the new mother of a baby girl—one who, by all accounts, should not exist.

Despite fears about her child’s origins, Tara finds herself settling into the Willow Springs community, away from the prying eyes of The Brotherhood religious order and former-flame-turned-betrayer Cyril Woods.

But when her daughter goes missing and her best friend is violently attacked, Tara’s newfound sense of security screeches to a halt. She realizes nowhere will be safe until she discovers the truth behind her virgin pregnancy.

When evil walks among us…
After she accepts aid from a charismatic but secretive billionaire, Tara’s quest for answers leads her across the world. Attacked by those who see her and her child as evil, Tara fights to separate the trustworthy from the treacherous as a series of shocking discoveries calls everything she’s ever known into question. 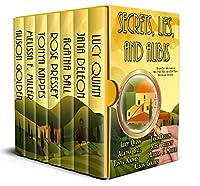 New Corpse in Town – Lucy Quinn
FBI agent Cookie James is enjoying her extended leave from the agency on Secret Seal Isle, managing her quaint inn and flirting with the oh-so sexy-handyman, Dylan Creed…until her sixty-year-old mother goes skinny dipping and is almost drowned by a corpse.

Louisiana Longshot – Jana Deleon
It was a hell of a long shot….
CIA assassin Fortune Redding is about to undertake her most difficult mission ever–in Sinful, Louisiana. With a leak at the CIA and a price placed on her head by one of the world’s largest arms dealers, Fortune has to go off-grid, but she never expected to be this far out of her element. Posing as a former beauty queen turned librarian in a small bayou town seems worse than death to Fortune, but she’s determined to fly below the radar until her boss finds the leak and puts the arms dealer out of play. Unfortunately, she hasn’t even unpacked a suitcase before her newly inherited dog digs up a human bone in her backyard.

Rosemary’s Gravy – Melissa F. Miller
Personal chef Rosemary has more experience sautéing than sleuthing. But when her client dies from an allergic reaction, Rosemary must clear her name. She would never bring peanut oil into her boss’s house — so who did? A witty and satisfying mystery from a USA Today bestselling author.

Scene of the Grind – Tonya Kappes
Roxy’s life couldn’t be better. Business was booming, she’s reconnected with special people from her past, including her first teenage love, and visits The Crooked Cat book store, which is still her favorite shop in Honey Springs. One problem, Aunt Maxi and Alexis Roarke, owner of Crooked Cat, aren’t on the best of terms. And when Roxy takes Alexis a fresh cup of coffee from The Bean Hive and a tasty pastry as a peace offering between the two women, she discovers the beloved book store owner murdered and Aunt Maxi is the number one suspect. Gossip in Honey Springs is as hot at the coffee served at the Bean Hive and Roxy has to uncover who is behind the murder not only to save her shop, her aunt, but her life.

The Case of the Screaming Beauty – Alison Golden
The prestigious Lavender Bed and Breakfast in Chiddlinghurst, England has a rich, Tudor atmosphere, an enviously manicured lawn… And a deadly problem. A young, beautiful woman, Norah Travis, has been found murdered in one of the rooms with no witnesses and seemingly no motive. Detective Inspector Graham, a man with a singular drive, a penchant for tea, and silent demons of his own, has been brought in to ferret out the perpetrator.

The Secret of Seaside – Agatha Ball
Paige Comber dreams of running off to Paris to train at the Cordon Bleu, but fresh out of college, she is stuck running her granny’s coffee shop in the small town of Seaside. It looks like a lousy summer until a handsome stranger named

Written in rhyme, this is a story about a little girl who rarely smiles, till the day she meets Wiggle, an imaginary friend with whom she is having a contest: who will be the one to burst in laughter first?

Once there was a little girl
With the cutest reddish curl
Her name—how could you guess?
It was simply: Jess….

Just like Where the Wild Things Are, here too, the paintings are by the author. The text is hand-written in a whimsically designed font. When Jess talks, her lines are drawn in a straight line; when Wiggle talks, his lines are drawn on a wiggly curve. Each color illustration is a hand-made collage. If you enjoy Shel Silverstein’s poems, you’ll love this book, because it is written for children of all ages.