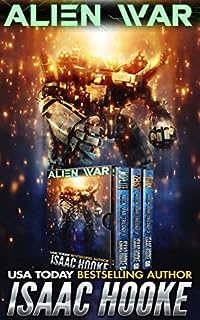 With over fifty thousand books sold and borrowed, the Alien War trilogy has been one of the best-selling and highest-rated series published on Amazon over the past year. Perfect for fans of military science fiction and space opera alike, this bundle contains the complete trilogy: the full-length novels Hoplite, Zeus, and Titan.

In this riveting set, Rade Galaal and his elite team of mech pilots enter the fray to investigate the disappearance of a classified starship, retake a colony world, and face-off against an alien superthreat. 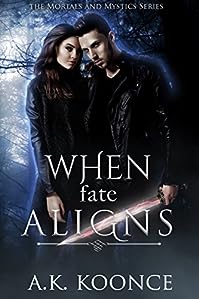 One beautifully lethal hybrid-vampire. That’s all it takes for Fallon’s structured, and mundane life to irreversibly change.

Fallon unknowingly helps the hybrid escape imprisonment and is thrown into a new life where she is now the hunted. A hidden world of cryptic creatures and alluring witches is unveiled to her, her mortal eyes seeing the mystics for the first time. What she doesn’t know is the hybrid sought out the one human he can both help and harm.

With only a Crimson Sword, a small group of friends, and a few useless mortal weapons, they find themselves closer and closer to death every day. Running from endless enemies—both man, and monster— Fallon must decide if she’ll risk her own life to save his… 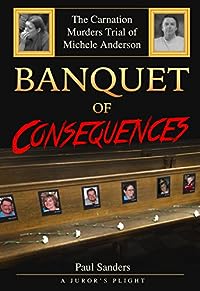 On Christmas Eve 2007, Judy and Wayne Anderson’s daughter, Michele and her boyfriend, Joseph McEnroe, arrived at their home for a family meal. 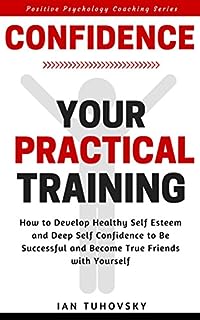 Have you ever considered how many opportunities you have missed and how many chances you have wasted by lacking self-confidence when you need it most?

Have you ever given up on your plans, important goals, and dreams not because you just decided to focus on something else, but simply because you were too SCARED or hesitant to even start, or stick up to the plan and keep going?

Are you afraid of starting your own business or asking for a promotion? Petrified of public speaking, socializing, dating, taking up new hobbies, or going to job interviews?

Finally, have you ever found yourself in a situation where you simply couldn’t understand WHY you acted in a certain way, or why you kept holding yourself back and feeling all the bad emotions, instead of just going for what’s the most important to you? 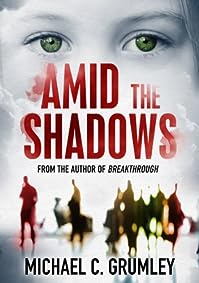 One of the most stunning abilities mankind will ever know…has just been born into the eyes of a six-year-old girl. For one very special reason.

Something is about to happen. Something unstoppable. And something terrible. An event that will do more than just change human history…it may actually end it.

But mankind has a secret.

A little girl named Sarah. Afraid and alone, and under the care of a young, inexperienced social worker. A young woman who is about to sacrifice everything just to keep Sarah alive.

Because there is much more to little Sarah than meets the eye. 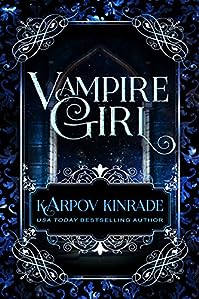 You think it’s safe to walk alone at night. It’s not.

You think the only threat is other humans. It’s not.

And I’m about to become one of them. 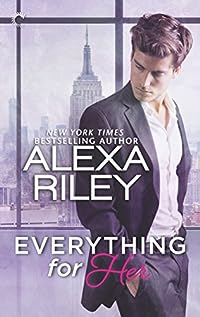 I’ll never forget the way she looked, so confident and sure of herself. I watched her from a distance. She wasn’t ready for me yet. I didn’t approach her and I didn’t disturb her, but I never once took my eyes off her.

Mallory Sullivan is ready to start her new life. After graduating at the top of her class, she’s landed one of the most coveted internships in the United States. Hard work and determination have gotten her to this moment of living the life she only dreamed of growing up in foster care.

From the start, I knew that she would be my greatest achievement, so the day I let her go, I set down a path for her. A path to me.

She never expected Oz to be the greatest culmination of those dreams. But sometimes fate determines who you fall in love with. Who makes you lose control. Who owns your soul. 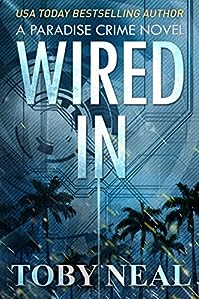 Special Agent Sophie Ang’s emotions are battered by a child kidnapping case that goes badly wrong. In tracking the criminal ring, her rogue data analysis program D.A.V.I.D. identifies an anomaly that leads her into a cat-and-mouse game online with a deadly enemy whose motives are unclear. The chase lures her through dark corridors of cyberspace into a confrontation with the violence from her past that sent her fleeing to the United States. She’ll need every skill she’s learned to defeat her worst nightmare–and the stakes couldn’t be higher. Can Sophie both defeat her past, and protect her heart from a fascinating cyber vigilante? 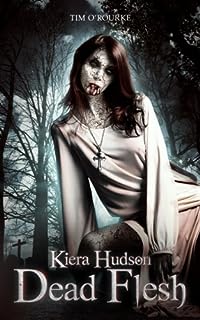 When Kiera and her friends return from the dead, they soon realise that the world is not the same – it has been pushed. Returning to Hallowed Manor, Kiera soon learns that it’s not only the world that has changed, she is changing, too.

Asked to help solve the murder of missing school teacher, Emily Clarke, Kiera and her friends soon discover that they are now living in a world where humans and wolves live together, sharing a fragile peace.

But during her investigations, Kiera soon discovers that the world is now a much darker and dangerous place than the one she left behind. 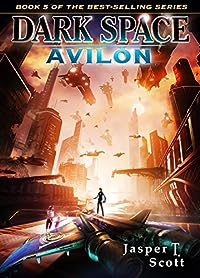 Dark Space, the last refuge of humanity, is overrun; its citizens are either enslaved or dead. The relentless Sythians have slaughtered humanity wherever they could find them, and now only a few hundred survivors remain. Desperate to escape, these few chase rumors of a lost sector of humanity and end up on Avilon, a planet covered with a vast, kilometers-high city that lies hidden and shielded from the rest of the galaxy by its impossibly advanced technology and its benevolent ruler–Omnius, the Artificial Intelligence who would be god to his human creators.

Omnius reveals that no one really died in the war–he couldn’t save them from the Sythians, but he did find a way to record the contents of their brains and resurrect them all in the bodies of immortal clones. Omnius keeps a record of everyone’s mind in order to make predictions about the future and prevent people from making mistakes. The result is a perfect paradise where you can be assured of a happy, successful life for the rest of eternity–just so long as you are willing to give up your freedom and submit to Omnius’s will. If you refuse, you can live in the Null Zone, a city that lies cloaked in shadows below the immortal paradise where Omnius reigns supreme. In the Null Zone humanity has its freedom, but the result is chaos, death, and forced separation from everyone living in the Upper Cities of Avilon. 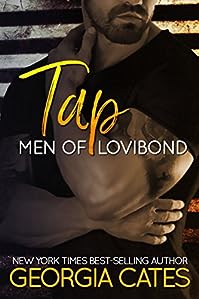 Craft beer and the sexy men who brew it. Both, always a good idea.

A faceless name. That’s all she was when I agreed to play a part in deceiving her. But then the unplanned happened.

We met. And all I wanted from her was a dirty weekend . . . until that wasn’t enough and I longed for so much more.

Lawrence Thorn suddenly means the world to me. And that’s a problem. She’s my business partner’s sister. Forbidden fruit. Pursuing her can mean trouble for me at Lovibond Brewery. But I don’t care.

I yearn for her skin against mine.
I crave her smell on my body.
I want to make her laugh and then hear her moan my name.
And she does for a brief moment in time.

But Lawrence wants more than I’m able to give. And it’s a damn shame because there’s no one on earth I want more than her. 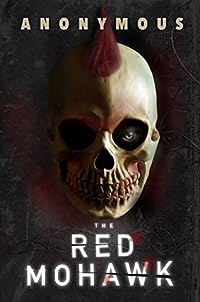 Everything seems peaceful in the small town of B Movie Hell until a mysterious serial killer in a skull mask topped with a red mohawk shows up and starts butchering the locals. Government agents Jack Munson and Milena Fonseca are sent to track down and eliminate the masked psychopath. But as they soon discover, the residents of B Movie Hell don’t want their help. This is a town like no other, and the locals have many dark secrets….

Already a hit in France and Germany with film rights optioned by Tobey Maguire’s Material Pictures, The Red Mohawk is a fun, outrageous and bloody thriller full of cinematic references and homages to many cult movies.