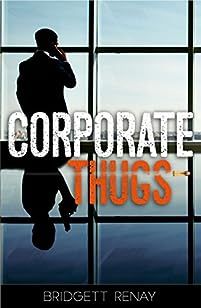 Gerald had only two dreams, to play professional football in the NFL and to make the cover of Sports Illustrated. When the former became a reality it was short-lived due to a serious injury. And just like that, all the fame, fortune, parties, and women… gone. On the contrary, his best friend since childhood, Marcus Stone, was on top of the world – a successful business, a beautiful wife, and a fat bank account…he seemed to have it all.

Being a supportive friend, Marcus offers Gerald a job hoping Gerald would have a positive impact on his company. But when jealousy and murder come between them, which one will fall? Could Gerald be so callous that he’d set his best friend up? Is Marcus even capable of unleashing his own wrath?

They solved the riddle. Can you? 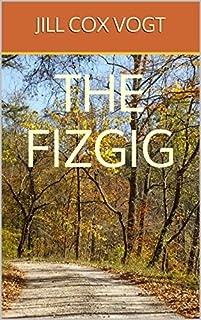 Poet Daisy Young believes that when life hands you lemons, eat chocolate and get on with it, but no amount of Whitman Samplers gets her mind off her drowned fiancé – until she flees from Nashville to a small town in East Tennessee’s mountains and becomes best friends with Luke Strann.

The last thing she’s looking for is love, and certainly not with Luke, who’s as opposite from Brody as Fleetwood Mac is from Prince. Still, he’s a poet, and she’s been itching to know someone who’ll read her poetry. When their physical attraction can’t be denied, their relationship transforms into a “no promises, no demands” love affair.

It’s easy for Daisy to accept. After all, memories of her fiancé rule her heart, and according to Luke’s Elvis-loving, Harley-riding friend, Raleigh, Luke has a back door woman named Allison. But the more fun she has with Luke—hiking mountains, shooting fireworks, meeting a mysterious, prophetic woman in a red satin dress—the more frustrated she is with their uncertain future.

She calls it quits. Her year-long lease is up. Should she give up hope and return to her family in Nashville?

Then a near-fatal accident brings about the truth of Luke’s attraction to Allison, and Daisy must make the decision of her life. 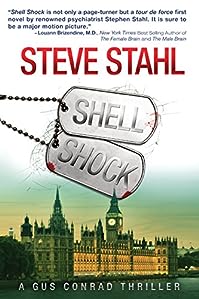 When psychiatrist Dr. Gus Conrad is called to consult by the U.S. army for its growing epidemic of suicides and PTSD (post traumatic stress disorder) among soldiers returning from Iraq and Afghanistan, his problems begin.

Accused of murdering one of his own patients, a soldier with PTSD, Conrad learns from the mother that the answer to who is the real killer resides in England, where her family holds a long-hidden secret.

Now Conrad must find the real killer as he slips out of the country to uncover to his horror the practice over the past century of British and U.S. armies both secretly killing their own soldiers who claimed psychological problems following combat, deeming them cowards, making their deaths look like suicides.

The current head of the American death squad has apparently killed Conrad’s patient, and is now targeting Conrad himself for death. Following the clues in England, Conrad is shocked at what he discovers. 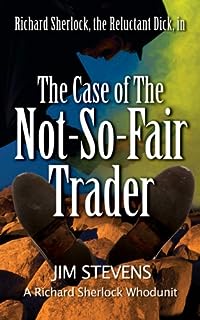 The Case Of The Not-So-Fair Trader 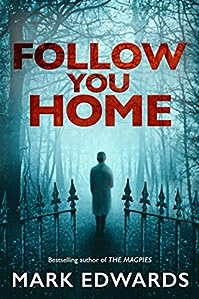 It was supposed to be the trip of a lifetime, a final adventure before settling down. But after a perfect start, an encounter with a young couple on a night train forces Daniel and Laura to cut their dream trip short and flee home.

Back in London, Daniel and Laura vow never to talk about what happened that night. But as they try to fit into their old lives again, they realise they are in terrible danger—and that their nightmare is just beginning… 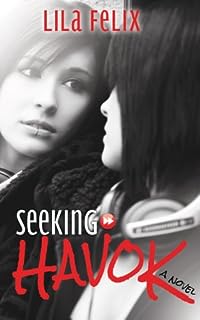 Her life is just as messed up as her name.

All she wanted was a friend—one that knew her and not her circumstances. She needed somewhere to call home. Hers was an open door for countless men looking for the services her mother offered them. She camouflaged herself against lockers and blackboards to avoid the stares and whispers at school.

And then she found Cal…and Fade.

Cal lives like Frankenstein, rising at night to work and just trying to make it until dawn. He avoids most relationships, afraid of the things he will be asked to do. He moonlights as Fade, a radio station DJ who spends hours counseling his peers on their troubles. It was all mundane until Jocelyn called the station.

Cal and Havok pursue a friendship.

Jocelyn and Fade pursue a relationship beyond the confines of the radio waves.

But when Havok disappears, Cal will find that Havok has been guarding a lifetime worth of secrets. And when Fade and Jocelyn’s all night phone conversations cease, he finds a link between them he never saw coming. 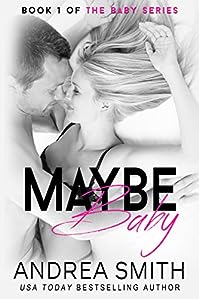 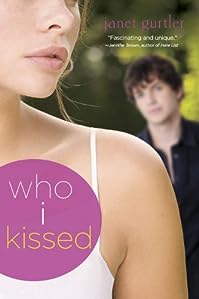 She never thought a kiss could kill…

As the new girl in town, Samantha just wants to fit in. Being invited to a party by her fellow swim team members is her big chance…especially since Zee will be there. He hasn’t made a secret of checking her out at the pool. Sam didn’t figure on Alex being there too. She barely even knows him. And she certainly didn’t plan to kiss him. It just kind of happened.

And then Alex dies—right in her arms…

Consumed by guilt and grief, Sam has no idea what to do or where to turn when everyone at school blames her. What follows is Sam’s honest, raw, and unforgettable journey to forgive herself and find balance—maybe even love—in a life that suddenly seems to be spinning out of control. 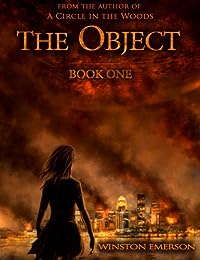 A city turned lawless, a sky haunted by drifting, glowing creatures, an alien object blotting out the sun, and only a sixteen-year-old girl to make sense of it all.

Lillia Wilkins is having a pretty normal day, filled with thoughts of school work, boys, and the occasional creepy stalker. Then suddenly the lights go out and she looks up to find a massive object as wide as the city hovering in the sky.

Chaos instantly erupts. People flee the city in droves. Even Lillia’s own foster mother abandons her, leaving her all alone to care for the younger children. Luckily she happens upon Sherman, an alcoholic but crafty homeless man who knows how to navigate the chaotic streets of Louisville.

When an intruder burns down the house, Lillia and Sherman must find a safe place to take the children. They need food and clothing. They need a good night’s sleep. They need to escape the city, now quarantined by the military.

Most of all, they need to answer the question: “What is the object?”

And if that’s not enough, now they have to deal with the new mayor in town, attorney Barry Schafer, who wants to rob the city blind, starting by hiring a Westside gang to kill off all the police.

But Lillia has a secret. She found something–or did it find her? Either way, it might be the key to unraveling the mystery of the object . . . and maybe saving the world. 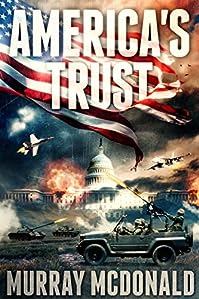 When ex-CIA analyst Tom Butler stumbles across evidence of a conspiracy that will destroy America as a free nation, he must do whatever he can before it’s too late.

Not knowing who he can trust, Butler has to resort to extreme measures to reveal the true nature of America’s Trust. As he nears his goal, America is plunged into crisis. A war everyone thought would happen fifty years earlier, suddenly and inexplicably, raises its head.

With the world’s armies bracing themselves for a battle nobody could see coming and America on the brink of annihilation, Butler realizes the scale of the conspiracy was far beyond even his worst nightmare… 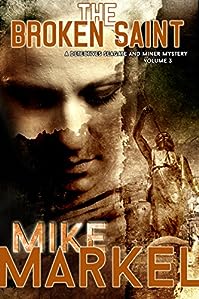 Seagate and Miner investigate the murder of Maricel Salizar, a young Filipino exchange student at Central Montana State. The most obvious suspect is the boyfriend, who happens to have gang connections. And then there’s Amber, a fellow student who’s obviously incensed at Maricel for a sexual indiscretion involving Amber’s boyfriend. But the evidence keeps leading Seagate and Miner back to the professor, an LDS bishop who hosted her in his dysfunctional home. Seagate takes it in stride that the professor can’t seem to tell the truth about his relationship with the victim, but her devout partner, Ryan Miner, believes that a high-ranking fellow Mormon who violates a sacred trust deserves special punishment. 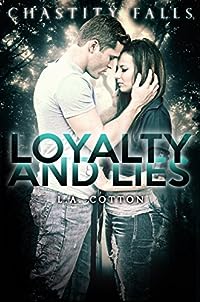 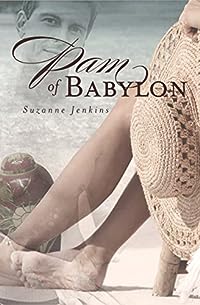 “Romance, drama, intrigue and excitement!” A beautiful life at the beach is marred when Jack has a heart attack on the train from Manhattan. Pam and his two lovers discover secrets and lies, and each other. 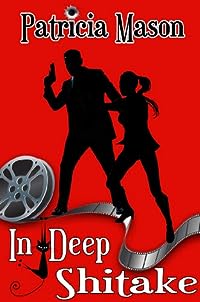 Add one outrageously sexy female private eye with a penchant for food-word obscenities.

Mix in a dose of mistaken identity and a handful of Russian mobsters…And they’re all In Deep Shitake. 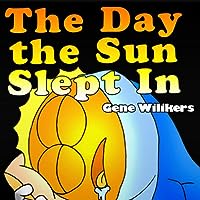 The Day The Sun Slept In

There’s a ton of bedtime stories out there, but what if your child won’t get out of bed? Here’s a story that’s a great to start your child’s day.

One morning, the sun decided to sleep in. Was there anything that could wake it up? A determined little girl would find out!