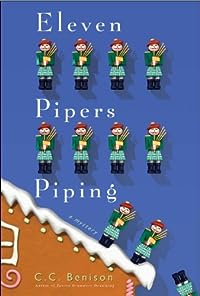 Father Tom Christmas, the recently widowed vicar adjusting to life in the English village of Thornford Regis, would do almost anything to avoid attending the annual Robert Burns Supper at the local hotel. But as chaplain to a traditional Scottish pipe band, Father Tom must deliver the grace—and contend with wailing bagpipes, whiskey-laced parishioners reciting poetry, and the culinary abomination that is haggis.

As snow falls to unprecedented depths, the revelers carry on—briefly interrupted by an enigmatic stranger seeking shelter. Then Will Moir, proprietor of the hotel and a dedicated piper, inexplicably goes missing—only to be found later in the hotel’s dark tower, alone and dead from what appears to be a heart attack. 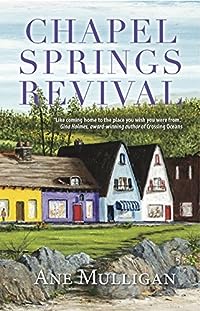 During an early morning discussion at Dees ‘n’ Doughs bakery with their ladies group, all Chapel Springs entrepreneurs, attention is drawn to the slackened tourist trade. With their livelihoods threatened, they join forces to address the town’s revitalization in hopes of drawing back the tourists. No one could have guessed the real issue needing restoration is their marriages.

Claire, a pottery artist, stumbles through life with her foot in her mouth. When she became a Christian, she thought life and her marriage would be included in the new creation part. But her thighs are just as big and her husband, Joel, is as ornery as ever. She’s become nothing more than a sheet-changer, a towel-folder, a pancake-flipper. Her life is humdrum and she’s tired of being taken for granted. 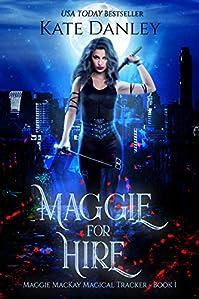 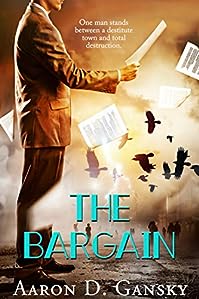 The lives of everyone in Hailey—including his wife’s—are in his hands.Ten articles in eight days is a tall order for any journalist, even for Polk Award winner Connor Reedly. But with a dying wife and an empty bank account, the promised payment of $250,000 is hard to turn down. More so, his enigmatic employer, Mason Becker, has insinuated Connor’s acceptance of the job will result in a supernatural healing of his beloved wife.

The people of Hailey, California—the subjects of Connor’s charged articles—are a secretive group, not willing to open up to strangers. When shots are fired and Connor is running for his life, he demands Mason answer his questions: Why are the articles so important? Is anyone going to publish them? Where is the money coming from? How can he be so confident that the completion of the articles will heal his wife? 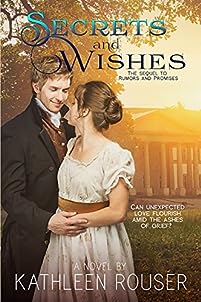 Stone Creek, Michigan, April, 1901 — Maggie Galloway and Thomas Harper clash after their sons collide in a fistfight. Both widowed, they’re each doing their best as single-parents. Outgoing Maggie has dreams for a home of her own and a business to provide for her son as she searches for God’s path for her life as a widow. Reserved Thomas struggles to establish his new pharmacy and take care of his four rambunctious children, while wondering how a loving God could take his beloved wife. 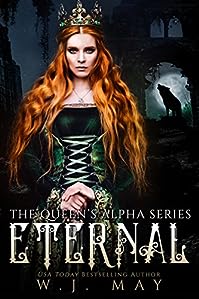 I will fight for what is mine.

When the king is murdered, Katerina, his only daughter, must flee for her life. She finds herself on a strange and dangerous path. Alone for the first time, she’s forced to rely upon her wits and the kindness of strangers, while protecting her royal secret at the same time.

Because she alone knows the truth. It was her brother who killed the king. And he’s coming for her next. 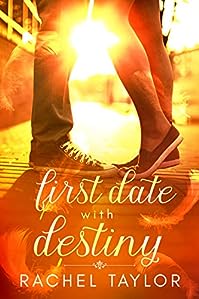 To fulfill his destiny, he’ll have to uncover hers.

Zeph is half angel, half human, and a total disappointment. Because of his unique lineage, everyone expected his supernatural gift to be extraordinary, but instead he didn’t have one at all.

After 17 years of insignificance, Zeph has given up on ever fulfilling his destiny, but when he meets Eve, she sees something in him that no else has. Suddenly, Zeph’s quirks start to seem more like rare supernatural gifts, instead. 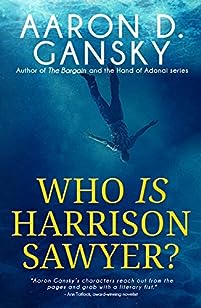 Who Is Harrison Sawyer?

His son … a stranger … now dead. Desperate to rediscover his estranged son, Marshall Sawyer agrees to finish the autobiography Harrison began before his untimely death. But the passages described in the book do not match the life Marshall remembers with his son. Together with his daughter-in-law and a professional football player friend, Marshall embarks on a journey to find out the truth. What happened to the boy in the missing years after Harrison ran away at age fifteen and his marriage years later? As he begins to investigate, he soon discovers a dangerous plot—one that puts his life in danger, and the future of America at risk. 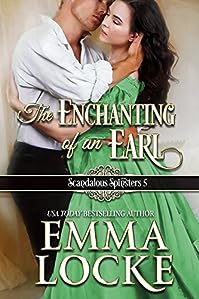 The Enchanting Of An Earl

The second of five impoverished sisters, Miss Elinor Conley knows her dream of becoming a lady is farfetched. When an unmarried gentleman happens by her brother’s smithy, it is up to her to act quickly—and rashly—to secure his interest. But Grantham Wendell, Lord Chelford, isn’t in the market for anything more than a new horseshoe. What’s a bachelor to do when an innocent miss turns up at his annual bacchanalia? He ought to make her leave, but his Twelfth Night party just became more entertaining… 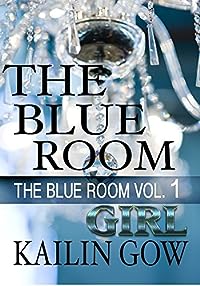 Would you sell your soul or body to find out the truth?

When Danny Blue of the Never Knights inherited his playboy billionaire father’s businesses and legacy, he didn’t realized his father’s pet project was the Blue Room, the most elite and secret club in the highest circle. He was happy to let his half-brother Terrence Blue run the club, but with Terrence’s womanizing ways and carefree attitude when it came to everything, he wasn’t sure if that was a good idea.

Terrence Blue wasn’t sure that was a good idea as well because it would cramp his style as a former patron of the club, but when he spotted virginal Staci Atussi starting at The Blue Room, he had a change of heart. Not only was Staci Atussi a knockout without knowing it, but she was the challenge he had been craving. 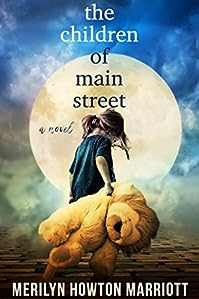 The Children Of Main Street

The children come—scores of them. Broken. Suffering. Learning to survive. These are not the clients Katie Collier expected to help when she went to work at the mental-health clinic.

But Katie and her husband can’t have children of their own, so her natural compassion flows. Still, Katie wonders why God gives babies to some women who seem unwilling to care, feed, love, shelter—even hold, and leaves other women barren. 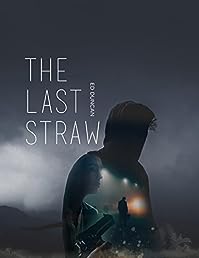 When a teenage girl witnesses a carjacking gone bad, she is marked for death by a crime boss.

A lawyer and an enforcer forge an uneasy alliance to protect the girl from a hit man with an agenda of his own. Soon after, Paul Elliott – lawyer and close friend of the witness’s family – begins counseling them and becomes entangled in the murder plot. 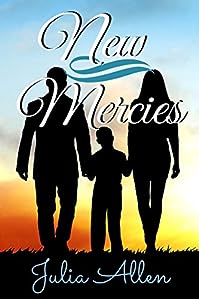 Dolores Hansen’s life is crumbling around her. Her little son has been diagnosed with Cystic Fibrosis, and her marriage has fallen apart as a result. Forced to return to the small town of Meadowbrook to live with her parents, Dolores feels like a failure and a burden on everyone, and must find a way to stand on her own feet.

New minister Chris Tanner is dynamic from the pulpit but painfully shy one-on-one. He is touched by the plight of this young woman and her sick child and vows to do anything he can to help her. As he gets to know her he finds his own courage growing from her strength.