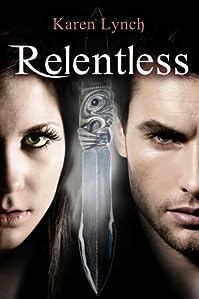 Sara Grey’s world shattered ten years ago when her father was brutally murdered. Now at seventeen, she is still haunted by memories of that day and driven by the need to understand why it happened. She lives a life full of secrets and her family and friends have no idea of the supernatural world she is immersed in or of Sara’s own very powerful gift.

In her quest for answers about her father’s death, Sara takes risks that expose her and her friends to danger and puts herself into the sights of a sadistic vampire. On the same fateful night she meets Nikolas, a warrior who turns Sara’s world upside down and is determined to protect her even if it’s the last thing she wants.

Sara’s life starts to spin out of control as she is hunted by an obsessed vampire, learns that her friends have secrets of their own and reels from the truth about her own ancestry. Sara has always been fiercely independent but in order to survive now she must open herself to others, to reveal her deepest secrets. And she must learn to trust the one person capable of breaking down the walls around her. 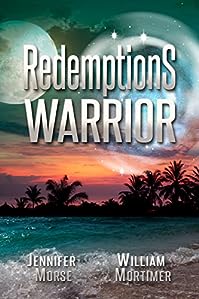 Not soon enough Juanita will be off her father’s boat and back in the little room off the kitchen in the home of La Currendera. The healer teaches Juanita, “your belly is filled with miles of sensors. To live an authentic life you must unite your mind and heart with your belly.”Together Juanita and Christopher will fight for his freedom and a life together.

Lovers on the heroes journey.; the quest for freedom. Would you bet your life on beneficence? 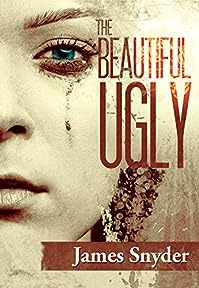 he’s sixteen. She’s alone. And the world thinks she’s crazy. What could possibly happen next? Well, she’s going to show them…

When sixteen-year-old Connelly Pierce wakes up inside an unknown psychiatric hospital with both her wrists slashed, she begins the arduous task of piecing together the events of her life that led her there. Her own cognitive behavioral therapy (as she had learned so well from them). Beginning with the sudden death of her mother and father when she was six, and the only world she knew disappeared, literally, overnight. That’s when, with no known or, at least, close relatives, she and her nine-year-old brother Eric find themselves cast into the nightmare quagmire of government child protection agencies, and Connelly begins her incredible fourteen-year journey–her dark odyssey–into her own brave new world. A world, she realizes, she must not only quickly adapt, but fight back as well, if she hopes to survive. 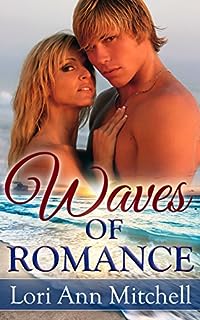 Can love survive a third wheel?A contemporary romance unlike any other!

Sage Drake is living the good life in sunny Seaside Heights, Florida. Once an avowed workaholic, her sexy new lover ”” surfer, world traveler and author Derek Chambers ”” has awakened in her not just a love for the ocean, and surfing, but for life in general.

But when her trusted assistant manager departs for college a few months early, Sage is forced to choose between managing her bookstore, Sequels, or enjoying the good life with Derek. A solution comes in the form of Colby Weathers, a worthy replacement for her old assistant manager”… if only she wasn’t so beautiful. 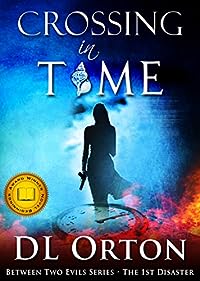 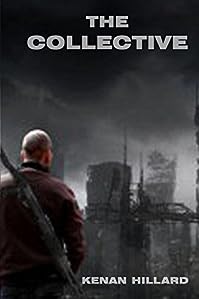 Imagine a future America where the most precious resource is hoarded by eight wealthy families and walled cities comprised of towers draped in excess dot the landscape, outside those walls the masses are defenseless and left to the mercy of rogues, when Abel’s father is executed for violating the news laws, the young agitator is set on a path of revenge that brings him into direct conflict with a ruthless mercenary. Can Abel be the catalyst to diminish the unyielding power of THE COLLECTIVE? 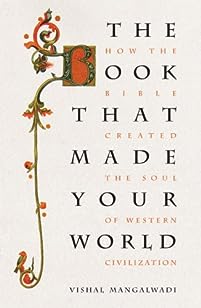 The Book That Made Your World

Understand where we came from. Whether you’re an avid student of the Bible or a skeptic of its relevance, The Book That Made Your World will transform your perception of its influence on virtually every facet of Western civilization. Indian philosopher Vishal Mangalwadi reveals the personal motivation that fueled his own study of the Bible and systematically illustrates how its precepts became the framework for societal structure throughout the last millennium. From politics and science, to academia and technology, the Bible’s sacred copy became the key that unlocked the Western mind. Through Mangalwadi’s wide-ranging and fascinating investigation, you’ll discover: What triggered the West’s passion for scientific, medical, and technological advancement How the biblical notion of human dignity informs the West’s social structure and how it intersects with other worldviews How the Bible created a fertile ground for women to find social and economic empowerment How the Bible has uniquely equipped the West to cultivate compassion, human rights, prosperity, and strong families The role of the Bible in the transformation of education How the modern literary notion of a hero has been shaped by the Bible’s archetypal protagonist Journey with Mangalwadi as he examines the origins of a civilization’s greatness and the misguided beliefs that threaten to unravel its progress. Learn how the Bible transformed the social, political, and religious institutions that have sustained Western culture for the past millennium, and discover how secular corruption endangers the stability and longevity of Western civilization. 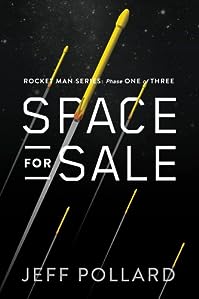 Kingsley Pretorius, a South African dot-com-billionaire, genius, playboy, philanthropist is a man with a plan: to retire on Mars. When the thirty-year-old starts his own space program, he’s laughed at and dismissed as a pipe-dreamer. Kingsley believes he can make access to space cheaper, and is willing to take on that challenge against all odds. His lofty ideas put him in the cross-hairs of massive corporations that are hell-bent on protecting their turf as well as rival eccentric billionaires with cosmic dreams of their own. He must win an uphill battle against corporate espionage, hostile takeovers, corrupt politicians, and his own playboy lifestyle if he can ever make Space For Sale. 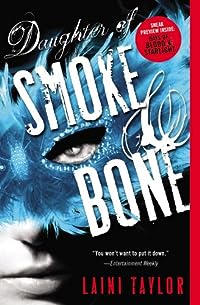 Around the world, black handprints are appearing on doorways, scorched there by winged strangers who have crept through a slit in the sky.

In a dark and dusty shop, a devil’s supply of human teeth grown dangerously low.

And in the tangled lanes of Prague, a young art student is about to be caught up in a brutal otherwordly war.

Meet Karou. She fills her sketchbooks with monsters that may or may not be real; she’s prone to disappearing on mysterious “errands”; she speaks many languages–not all of them human; and her bright blue hair actually grows out of her head that color. Who is she? That is the question that haunts her, and she’s about to find out.

When one of the strangers–beautiful, haunted Akiva–fixes his fire-colored eyes on her in an alley in Marrakesh, the result is blood and starlight, secrets unveiled, and a star-crossed love whose roots drink deep of a violent past. But will Karou live to regret learning the truth about herself? 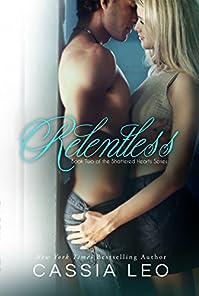 Claire Nixon is a twenty-year-old college dropout with a secret. To Claire, Adam Parker is just another flirty customer at the cafe, until a chance encounter and seemingly innocent comment spurs a bet between them. The bet is simple: If Adam can get Claire to reveal the secret that made her drop out of college, she has to re-enroll. If he doesn’t succeed, she gets to keep her secret and he has to stop stalking her at the cafe.

Claire thinks she has this one in the bag. She’s perfected the art of forgetting her past. But she isn’t prepared for Adam’s relentless pursuit or for him to share his own secrets. And she’s definitely not prepared for her rock star ex, and her secret, to come banging down her door one year later. 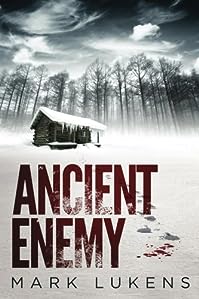 Ancient Enemy – it’s been asleep for centuries and now it’s awake. It wants things … and you have to give it what it wants …

Seven hundred years ago the Anasazi people built massive cities in what is now the Southwestern United States … and then they vanished.

Stella, an archaeologist specializing in Anasazi culture, and David, a mysterious Navajo boy, are on the run from something terrifying. As they flee up into the snowy mountains of Colorado, they are carjacked by criminals escaping a botched bank robbery. Caught in a blizzard, they must take refuge in what they believe is an abandoned cabin. It’s at this cabin that they will face horrors beyond their imagination. 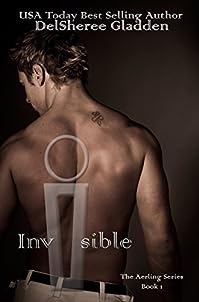 Olivia’s best friend is not imaginary. He’s not a ghost, either. And she’s pretty sure he’s not a hallucination. He’s just Mason.

He is, however, invisible.

When Olivia spotted the crying little boy on her front porch at five years old, she had no idea she was the only one who could see him. Twelve years later when new-girl Robin bumps into the both of them and introduces herself to Mason, they are both stunned.

Mason couldn’t be more pleased that someone else can see him. Olivia, on the other hand, isn’t jumping at the chance to welcome Robin into their circle. Jealousy may have something to do with

that, but honest fear that Robin’s presence will put Mason in danger is soon validated when a strange black car shows up outside Olivia’s house.

The race to find out what Robin knows in time to protect Mason from whatever threats are coming becomes Olivia’s only focus. 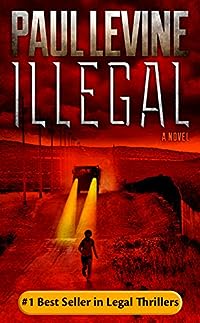 A down-and-out L.A. lawyer with nothing to lose…

And the corrupt rancher who schemes to destroy them all. 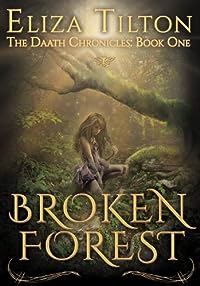 Hopeless he’ll never be more than the boy who didn’t save his brother, 17-year-old Avikar accepts his life as the family stable boy, trying to forget the past. But when his sister, Jeslyn, is kidnapped, the thought of losing another sibling catapults him on a desperate quest.

With his best friend by his side, and using the tracking skills he learned from his father, he discovers Jeslyn has been taken,kidnapped by one Lucino, the young lord of Daath, a mystical place thought only to exist in fables.

And Lucino has plans for Jeslyn.

His shapeshifter brethren feed off the auras of humans, and Jeslyn’s golden hue is exactly what Lucino needs to increase his power. The longer it takes Avikar to reach her, the more entranced she becomes with Lucino’s world, and the harder it will be for Avikar to set her free.

He failed his family once. He won’t fail again.. 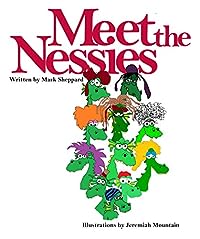 Quirky-Ness believes that her pet goldfish Fuzzy may have the x-factor. She wants to embark on an epic quest to take him to the great oracle Simon Scowl to see if this is the case but she must first convince Big-Ness to allow her to go.