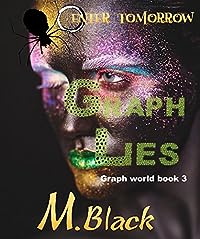 Safe in San Felipe, the team will have to scrounge for food to survive which leads them to the lost girl who draws them into Guambi mountains with the Prestige. After Jin, Adan, and the misfit band of Graphs head to the Experiment Facility in the jungles on the Amazon to rescue friends, they’ll have to face Borran head-on and their greatest nemesis, spider. 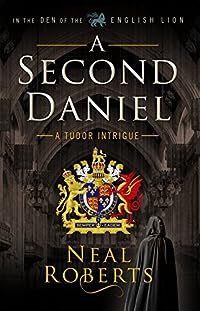 London 1558. An orphan from a far-off land is renamed “Noah Ames,” and given every advantage the English Crown can bestow.

London 1592. Now an experienced barrister, Noah witnesses what appears to be a botched robbery outside the Rose Theater, a crime he soon suspects to be part of a plot against Queen Elizabeth herself. Steadfast in his loyalty to the Queen, Noah must use every bit of his knowledge and skill to lure her most disloyal subject onto the only battlefield where Noah has the advantage … a court of law – though in doing so he risks public exposure of his darkest secret, a secret so shocking that its revelation could cost him everything: the love of the only woman who can offer him happiness, his livelihood … even his life. 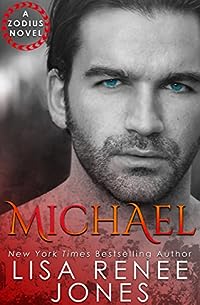 HE IS A LETHAL WEAPON…
One of an army of soldiers created by a government experiment, Michael is different from the others involved, dangerous in ways no one quite understands. Even Michael himself, believes darkness lives within him, evil fights to control him. And only one woman, the woman he loves, can bring him back from the darkness and into the light. But she has become his enemy.

Cassandra is the daughter of the man who created Michael, who unknowing to her, tricked him into taking drugs he believed to be immunizations. She is torn between her love for Michael, and her love for her father. She’s also the woman Michael left behind, breaking her heart, seeming to shut her out without looking back. But now Michael is back, fully intending to show his enemies, Cassandra’s father included, his wrath. And he’s not leaving without Cassandra. 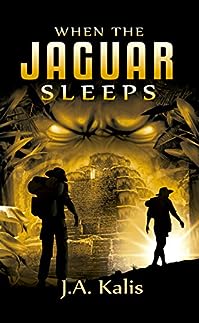 When The Jaguar Sleeps

Ecuador. A dream holiday turns into a nightmare when two young men are stranded in the Ecuadorian rainforest after their plane crashes. Desperate to survive, they decide to set off on a daring journey through the ‘green hell’. Despite the harsh environment sucking their strength away, they push on until they enter a territory inhabited by isolated Indian tribes hostile to outsiders and where probably the fabulous treasures destined for the last Inca emperor Atahualpa’s ransom, are hidden. Soon, unexpected dangers arise. 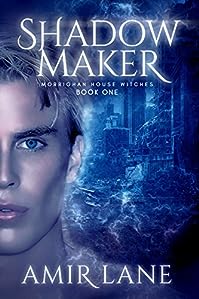 Physics major Dieter Lindemann is perfectly content living in a world where the Shadows he sees and hears are nothing but figments of his imagination. But when one attacks him, he’s forced to confront the fact that the Shadows are not only real, but dangerous.

Though Necromancer Alistair Cudmore offers to help him, Dieter quickly realizes that what he and Alistair want are two very different things, and it’s difference that could cost him his life. Controlling and possessive, Alistair pushes him further and further into blood magic, dragging him down into a world he never wanted any part in. As the spirits and Alistair grow more and more violent, Dieter must break away from his mentor and learn to control the Shadows on his own before they destroy him. Only, Alistair isn’t about to let him go without a fight. 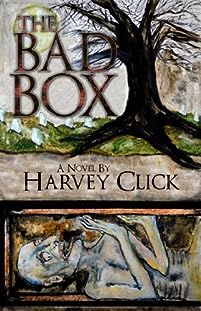 Sarah Temple hopes to find a bit of peace and quiet when she leaves her abusive boyfriend, but instead she finds a world of horror. It’s bad enough that a sadistic serial killer and another maniac are both trying to murder her, but what’s worse is the mysterious Solitary One who controls both of them, a malevolent entity that the serial killer describes as a living darkness, a man and yet not a man, something that’s alive and yet not alive, something that wants to appall the world.

Trying to flee from the two killers, Sarah finds herself running deeper and deeper into a deadly supernatural trap, a place where people are buried alive, where ghastly apparitions mutter in the dark, where demented killers prowl, where a crumbling haunted house can drive its victims mad with terror, and where something buried for a very long time may walk again. 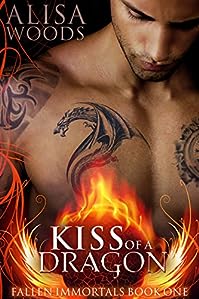 Kiss Of A Dragon

LUCIAN
I am a Dragon Prince of the House of Smoke… and I am dying.
Five hundred years is truly enough for a man like me. A monster. Yet a ten-thousand-year treaty will die with me, if I don’t spawn a dragonling to take my place. My two brothers are no use in this task. It falls to me, the eldest by a hair’s breadth, and yet, I cannot face the horror of another sealing. Another death. Another woman’s blood on my hands.

ARABELLA
I was saved from death in a dark Seattle alley by an impossibly beautiful man who swooped in on golden wings. Now he’s taken me to his lair, opened my eyes to a world of immortals I didn’t know existed, and given me an impossible task—find him a mate. Then, and only then, will he set me free. 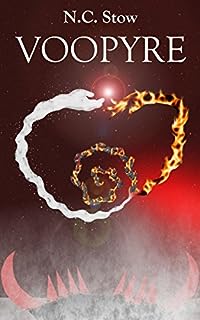 “Voopyre” is a short fantasy story inspired by Russian folklore, where men and wild spirits play fateful games, and nothing is what it seems. 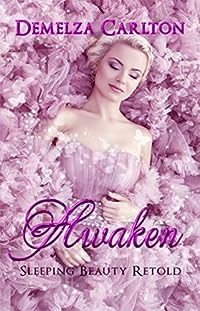 A sleeping beauty. A kingdom frozen in time. Only one can save them all.

Once upon a time…
Lord Siward intended to go hunting, but when he stumbles upon a ruined castle and accidentally wakes the mysterious maiden sleeping inside, he knows his holiday is over.

With the kingdom in trouble, Siward should be protecting the realm, but every time Rosamond looks at him, he gets lost in the girl’s green eyes. Who is the mysterious beauty, and why does he feel she holds the key to the kingdom’s deliverance? 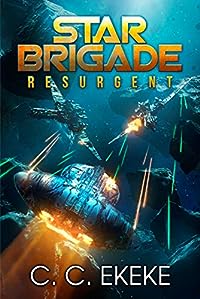 An enemy unleashed. An interstellar peace in jeopardy. Can a disgraced soldier be humanity’s savior?

A string of terrorist attacks explode across Galactic Union Space. The culprit: the Korvenite Liberation Front. Their target: humankind. If left unchecked, the Korvenites’ vendetta will bring the Union–and humanity—to their knees.

The elite Star Brigade unit once produced some of the Union’s finest soldiers. And amongst Star Brigade’s roster, Captain Habraum Nwosu was the best. Was—until one catastrophic battle annihilated both his team and Star Brigade’s reputation. 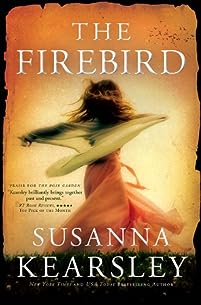 Nicola Marter was born with a gift so rare and dangerous, she kept it buried deep. When she encounters a desperate woman trying to sell a small wooden carving called “The Firebird,” claiming it belonged to Russia’s Empress Catherine, it’s a problem. There’s no proof.

But Nicola’s held the object. She knows the woman is telling the truth. 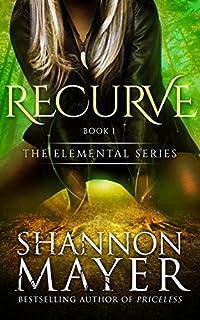 I’ve been accused of attacking the queen, my wicked stepmother, and my life is suddenly on the line. I have only two options left to me: banishment, or training to become one of the King’s Elite Guards, an Ender.

Option one will kill me.
Option two is meant to break me but is the only way to survive. 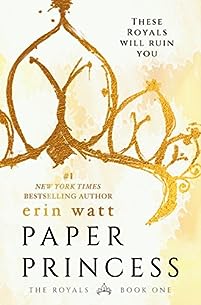 From strip clubs and truck stops to southern coast mansions and prep schools, one girl tries to stay true to herself.

These Royals will ruin you…

Ella Harper is a survivor—a pragmatic optimist. She’s spent her whole life moving from town to town with her flighty mother, struggling to make ends meet and believing that someday she’ll climb out of the gutter. After her mother’s death, Ella is truly alone.

Until Callum Royal appears, plucking Ella out of poverty and tossing her into his posh mansion among his five sons who all hate her. Each Royal boy is more magnetic than the last, but none as captivating as Reed Royal, the boy who is determined to send her back to the slums she came from. 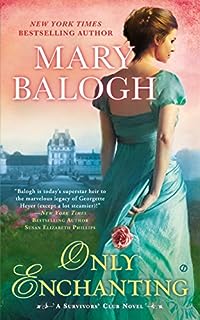 Flavian was devastated by his fiancée’s desertion after his return home from the Napoleonic Wars. Now the woman who broke his heart is back—and everyone is eager to revive their engagement. Except Flavian, who, in a panic, runs straight into the arms of a most sensible yet enchanting young woman.

Agnes Keeping has never been in love—and never wishes to be. But then she meets the charismatic Flavian, and suddenly Agnes falls so foolishly and so deeply that she agrees to his impetuous proposal of marriage. 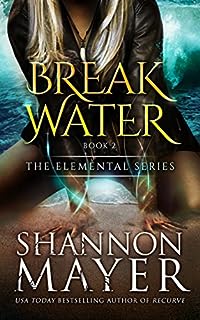 As an Ender, one of my father’s Elite guards, it’s my job to do as I’m told. When my older sister is sent as an ambassador to the realm of the water elementals–the Deep–I have no choice but to accompany her as her bodyguard.

With the death of the water elemental’s King, a deadly battle for the throne begins; a battle we are forced to choose sides in.