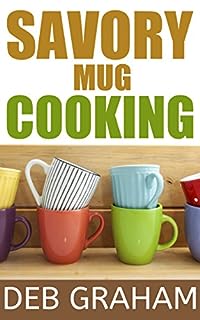 It’s great to cook for large family or group of friends, but sometimes it’s just you, and you’re hungry. What’s better than a fresh, hot meal in a cozy mug? Cooking for one is more fun than ever! You’ll love these quick, easy recipes!

You know there are lots of Make-A-Cake-In-A-Mug recipes out there, but what about when you want a real meal, not just something sweet? Quiche, omelets, soups, vegetables, dips and spreads, even meatballs, and jerk chicken, right at hand! Snacks, breakfast, lunch, dinner, dessert, all flexible for picky eater, allergies, gluten free, vegetarian and more. All of these easy recipes are single-serving, made of wholesome ingredients, prepared in your microwave in less than four minutes. 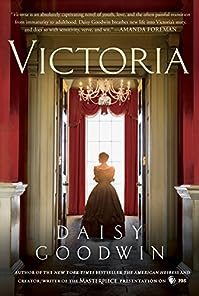 Drawing on Queen Victoria’s diaries, which she first started reading when she was a student at Cambridge University, Daisy Goodwin—creator and writer of the new PBS Masterpiece drama Victoria and author of the bestselling novels The American Heiress and The Fortune Hunter—brings the young nineteenth-century monarch, who would go on to reign for 63 years, richly to life in this magnificent novel.

Early one morning, less than a month after her eighteenth birthday, Alexandrina Victoria is roused from bed with the news that her uncle William IV has died and she is now Queen of England. The men who run the country have doubts about whether this sheltered young woman, who stands less than five feet tall, can rule the greatest nation in the world. 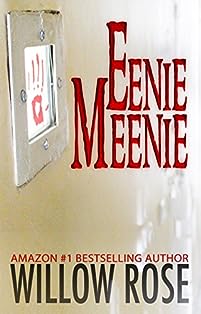 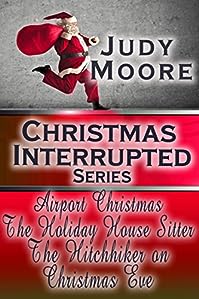 A recent graduate of UCLA, Molly McAlister has just landed her first job and loves it. The problem is her demanding boss, who seems to think he’s in charge of her free time too. Under threat of layoff, her boss manipulates her into giving up Christmas with her family in Florida to pet-sit his two beloved purebred poodles.

When Molly arrives at his house in Santa Monica a few days before Christmas, she learns she must also watch two ill-tempered Rottweilers, Darth and Vader, who scare her to death. His hypercritical wife seems to think Molly is a maid too, and leaves her a long list of chores and rules. Molly’s expecting to have a miserable Christmas, but things start to look up when she meets the boy next door and his family.

Unfortunately, they’re embroiled in a neighborhood feud with her boss. 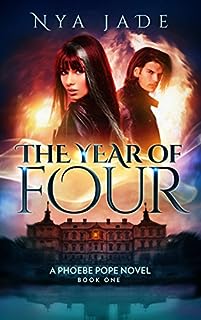 The Year Of Four

Phoebe Pope has enrolled at the Campus Below: a spy academy for shape-shifters hidden deep beneath a normal boarding school whose humans unknowingly protect it. There, she leads a double life: spy trainee Below and normal teen Above. When officials discover a kill list, with her name on it, Phoebe’s life takes a terrifying turn. For years, Phoebe has managed to keep her growing power a secret, but with villains hot on her trail, it’s only a matter of time before she’s exposed for what she is–a weapon.

Phoebe seeks distraction in movie star Colten Chase, who attends the Campus Above and appears to be majoring in winning her heart. But desire turns to heartache when Phoebe suspects that something sinister lurks beneath Colten’s glitter and fame.

Helen followed the Third Law to Increase their Knowledge. There were clues in the Archive and hidden in a surprising place in the world around them. She followed the clues and assembled the building blocks until the answer surprised the Conformity Council and changed the entire population. Through genetic engineering, and artificial intelligence they found out their origins. 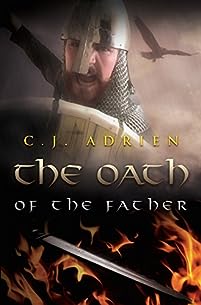 The Oath Of The Father

After being injured in combat and taken by his men to a nearby monastery to recover, the monks fake Abriel’s death and take him to a faraway island to be converted to their faith.

Believing the king to be dead, suitors from the north descend upon the island of Herius, intending to marry Queen Kenna and gain access to her wealthy kingdom. Standing out is the powerful warlord Turgeis — known for his prowess in battle and lust for blood — who sets his sights upon the queen. 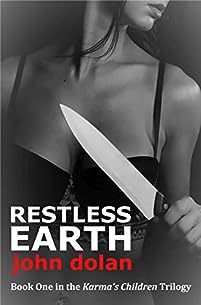 A wind is howling around the skyscrapers of New York, through the battlefields of Iraq, and into the bustling streets of Bangkok. It carries with it the fates of these four men: men bound together by chance and history.

Which of them – if any – will survive the tempest? 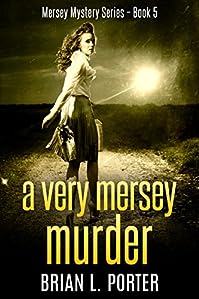 2005. D.I. Andy Ross is called in when a disturbingly similar series of murders begins in the same location.

If their estimates are correct, Ross and his team have one week to solve the case before the next Lighthouse Murder takes place. 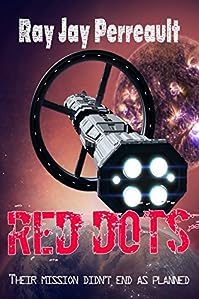 Deep Space One was sent on a one-way mission to save the people of Earth. Their mission was to find a new home for the survivors of a dying planet. They trusted each other and in the importance of their mission. What they found out en route was not expected and the information they learned changed everything for them and the people they left behind. 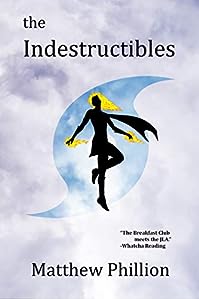 A solar powered girl. A ballerina vigilante. A boy with an alien sharing his brain. A girl with a black hole for her heart. And, a werewolf with confidence issues. This is the next generation of heroes Doc Silence has gathered together, a random collection of amazing kids he hopes to train to make the world a better place. But Silence isn’t the only one collecting super-powered teenagers. In the shadows, a dark organization — long thought destroyed — has been building a better monster, combining sentient hurricanes with car crash survivors, crafting designer cyborgs, girls made of fire and boys made of pure rage. What is this mysterious organization’s goal? And what does it have to do with Doc’s past, and his team’s future? 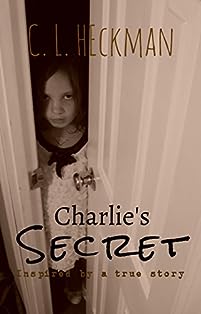 Samantha Mallon has gotten used to the bruises from her brother, Charlie. The black-and-blue pigments are becoming harder to camouflage, and all the good hiding spots in her house are now non-existent. Most days, she keeps to herself, safely locked behind the door of her bedroom, praying Charlie won’t break it down if he gets angry–again. There are so many secrets to keep, that Sam is running out of lies to cover the abuse. Perhaps, one day, a teacher will ask enough questions that Sam will not be able to keep up the charade.

Finding reprieve from a battered childhood, Sam is determined to make the best of her high school years. With Charlie away at college, she develops some new friendships, and even catches the attention of a super-hot, bad-boy, Jake. Yet, her happiness is always tainted by the family life she’s trying to keep under wraps, and it’s slowly destroying her hopes of real love. 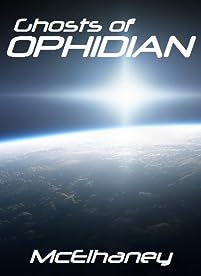 An enormous three-mile long ship has just entered the Earth’s orbit and it’s doing absolutely nothing… except instilling fear and speculation upon the citizens below. After a few weeks, NASA gets a boarding party together to attempt to gain entry into the giant craft. Once inside the ship, they will discover over a million creatures on ice. They will also discover the reason that the ship hasn’t been doing anything beyond maintaining an orbit above the Earth – it appears that the ship has been sabotaged by whatever used to exist in three of the empty cryogenic chambers.

Their investigation leads to a lot more than a potential alien invasion. Nothing is as it seems and pretty soon, the two remaining astronauts aren’t sure who they should trust anymore.