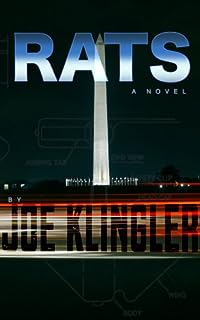 One man on a decades old mission. A woman who hunts him. And the bullet they share.

Joe Klingler’s acclaimed debut novel explodes from the remnants of a war long past to headlines of Washington secrets masquerading as corporate incompetence when two modern-day warriors face off. Both skilled at violence. And deception. Both accustomed to winning.

Summer greets the land of the midnight sun as a lone rider races across the last American wilderness, delivering on a promise he made long ago. He has many names, but the world only knows a shadow called the Demon.

Claire Ferreti, an Army sniper soon to be drawn into a black-ops mission, sips sake in Washington D.C. with her lover, a young, ambitious General whose geosecurity specialty remains classified. When a boy finds a small machine, Claire and the Demon embark on a collision course that leads to a test of skill, a clash of ideologies, and Claire’s unconscious body lying in a typhoon-ravaged jungle. In that instant she becomes the hunted, the Demon’s tool for survival, and an unforeseen threat. As the General pursues them into a labyrinth of cyber-secrets, political necessity and financial reality collide like a fireball piercing steel pipe. 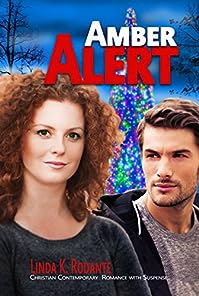 After a disastrous engagement to an abusive boyfriend, Sharee Jones tells God that she’s not dating anymore. If he has someone for her to marry, he’d better just drop the man in front of her. She’s not thinking of the tall, handsome man who moonlights as the church’s maintenance crew of one—a man she feels sure doesn’t know the Lord.
Since the tragedy in his own life, John Jergenson wants nothing to do with God, but every time he turns around lately, Sharee is in his face—wanting help with her Christmas program, needing help with her car, even threatening him with a pair of stakes—and talking about God. He’s not sure what to do about her, but he doesn’t like the mutilated dolls they’ve found, or the homeless hitchhiker she picked up, or the fact that she never watches out for herself. With someone terrorizing the new mom at the church, and Sharee playing detective, can he keep his past secret and keep her safe long enough to figure out if he’s ready to love again? 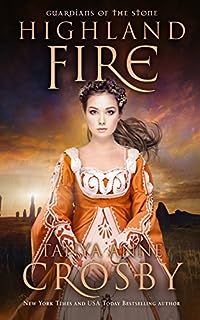 Offered in marriage by David of Scotland as a guise for peace and cursed by Aidan’s people for the sins of her father, LìleasMacLaren is the one woman Aidan believes he is immune to. Alas, she is also the one woman who might bring the fierce chieftain to his knees. 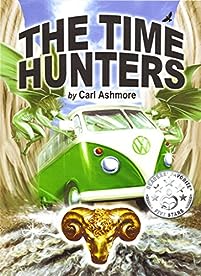 Becky is a typical thirteen year old girl. She likes Facebook, gossiping and plenty of sleep. So when she and her brother, Joe, are invited to stay with their ‘loony’ Uncle Percy at his stately home, she thinks it’ll be the worst summer ever. What she doesn’t realise is that Bowen Hall is also home to a baby Triceratops, two Sabre-tooth tigers and the mythic hero, Will Scarlet… 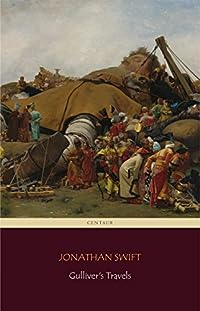 «Gulliver’s Travels» is both a satire on human nature and a parody of the “travellers’ tales” literary subgenre. It is Swift’s best known full-length work, and a classic of English literature. 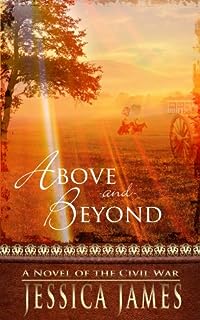 A raging war
An unexpected love
A selfless sacrifice
Above and Beyond is a romantic tale of two people thrown together by war, and torn apart by Destiny.

Confederate spy Sarah Duvall risks all to help cavalry officer Douglas Benton escape a trap set by the Yankees. Will his love be enough to bring her back? Or will a promise he made keep them apart forever? 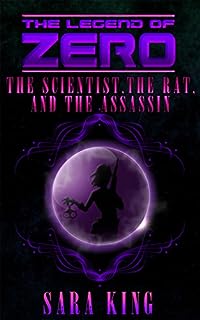 The Legend Of Zero: The Scientist, The Rat, And The Assassin

This is what happens when, in the chaos of an alien apocalypse where an all-powerful galactic empire has laid the smackdown on Earth for breaking universal laws on genetic experimentation, the world’s smartest human (sort of) swears to obey the galaxy’s greatest assassin (definitely) on Wednesdays through Mondays, if she will give him Tuesdays in turn. It is a 85,000-word kinky romantic adventure from the Legend of ZERO series where Rat and Sam struggle to survive the Apocalypse (and each other) before they meet up with Prime Commander Joe Dobbs and the human genetic experiments that he’s taken under his wing. 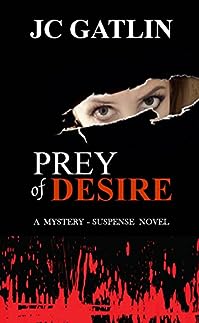 They said the disappearance of two high school students over twenty-five years ago was a mystery that couldn’t be solved… No one ever said it shouldn’t be.

Following the abrupt end of a relationship, college student Kimberly Bradford finds comfort in the friendship with her over-the-top neighbor, Mallory. And, Mallory encourages her to get back out there. She would of course if it weren’t for the thrilling little love notes and gifts she’s been receiving.

Kim thinks they’re from her ex-fiancée, not realizing he’s been murdered. Worse, whoever is sending her all the extra attention is not only in her inner-circle, but has a connection to that unsolved murder some 25 years ago. That connection puts her life in danger, and exposes secrets around her closest friends and family that are better left buried. 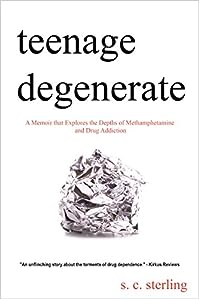 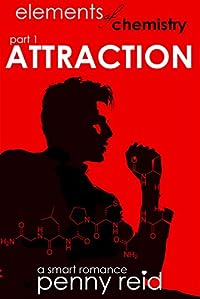 One week.
Private beach.
Invisible girl.
Jerk-faced bully.
What’s the worst that could happen?
Kaitlyn Parker has no problem being the invisible girl, which is why she finds herself hiding in various cabinets and closets all over her college campus. Despite her best efforts, she can’t escape the notice of Martin Sandeke—bad boy, jerkface bully, and the universe’s hottest, wealthiest, and most unobtainable bachelor—who also happens to be Kaitlyn’s chemistry lab partner.
Kaitlyn might be the only girl who isn’t interested in exploiting his stunning rower’s build, chiseled features, and family’s billionaire fortune. Kaitlyn wants Martin for his brain, specifically to tabulate findings of trace elements in surface water.
When Kaitlyn saves Martin from a nefarious plot, Martin uses the opportunity to push Kaitlyn out of her comfort zone: spring break, one week, house parties, bathing suits, and suntan lotion. Can she overcome her aversion to being noticed? Will he be able grow beyond his self-centered nature? Or, despite their obvious chemistry, will Martin be the one to drive Kaitlyn into the science cabinet of obscurity for good? 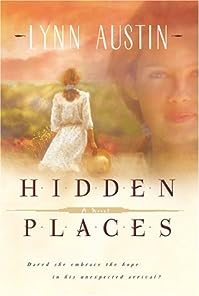 A deep yearning for home had led Eliza to Wyatt Orchards ten years ago. Now widowed with three young children, she faces mounting debts and the realization it is all up to her. But she has no idea how to run an orchard alone. When a stranger appears at her doorstep, Eliza guesses he is no different than the other out-of-luck characters searching for work during the Depression. But the familiarity with which Gabe tends to the farm raises unanswered questions. With a vulnerable heart, she is unwittingly drawn to his gentle ways. But Eliza also fears that Gabe hides a past and motives that could jeopardize all she has fought to attain for herself and her children…. 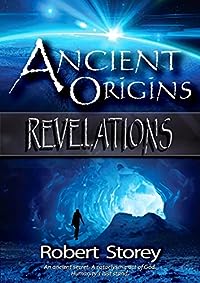 An ancient secret. A cataclysmic act of God … humanity’s last stand.In the near future Sarah Morgan, an English archaeologist, is in a race against time to prove the impossible: that an advanced human ancestor once populated the Earth. But there are those that will kill to protect this most ancient of secrets, and when Sarah finally gets the proof she craves it is cruelly wrenched from her grasp; but never one to lie down Sarah finds another path, a path that propels her into a quest that will span continents and change her life forever.

Simultaneously the world prepares for the arrival of 2011 AG5, an asteroid that will impact off the South African coastline with the force akin to the strike that wiped out the dinosaurs 65 million years previous. Humanity has long been planning for this colossal event and many preparations have been made to counteract its after effects in order to preserve the ever fragile global economy and civilisation itself. As the world holds its collective breath, below the surface government-run clandestine subterranean facilities are gearing up for the challenges ahead. These facilities are run by the gifted and ever mercurial Professor Steiner who has overseen a global programme charged with the preservation of mankind, as the clock ticks down towards zero hour his schedule is on track; however everything might not turn out as smoothly as he’d hoped… 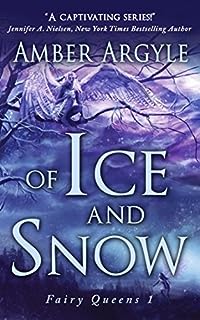 The middle child of the clanchief, Otec is the overlooked son in an overflowing house. He dreams of escape and adventure, so when a mysterious stranger offers both, he doesn’t need persuading. But when his faraway village comes under attack, Otec will do anything to save the people he loves. Cut off from his nation, he must trust a foreign woman with a dubious past as they race to save his clan. But nothing is what it seems, and Otec may have to trust his enemy if he is to become the leader he was never meant to be.

Destiny is not always kind. 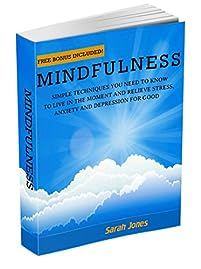 Discover Exactly How To Control Your Thoughts, Feelings, And Emotions To Successfully Manage Stress Levels In Daily Life And Achieve Inner Peace!
This book takes you by hand and teaches you exactly:

How to use mindfulness in everyday life to quiet your mind and be a happier, healthier and more productive person.

You are perfectly capable of creating the life you deserve. In order to do that, you need the right mindset and effective set of tools and strategies. This book offers you the powerful strategies and simple to use guidelines to initiate a real and lasting changes in your life. 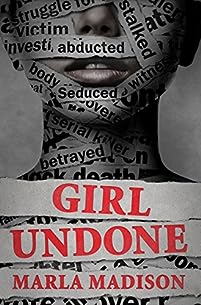 TJ and Lisa are hired by a woman whose niece disappears under mysterious circumstances. TJ finds the girl after three days, unharmed. Or was she?
Bodies start turning up around a local crime blogger as he receives mysterious emails hinting at a serial killer in progress. Will the blogger be the next victim?
TJ suspects a tie to the other case and delves into the background of the woman who was abducted, searching for answers before a killer strikes again.
Buy your copy of this exciting suspense thriller today, with twists and turns you won’t see coming!