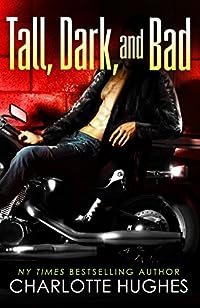 Summer Pettigrew is in desperate need of a fiancé, a temporary job, mind you . . .

Bad Boy Cooper Garrett answers the call. He swaggers into Summer’s High Society Life oozing testosterone. He’s hardly what Summer expected, the man straddles a mean looking motorcycle, for Pete’s sake! But Summer is stuck with him for the time being, even though her pulse skyrockets each time he steals a kiss.

Cooper willingly plays the doting fiancé, but he has one thing on his mind: Bedding the proper Miss Pettigrew! And although Summer is tempted to take a ride on the wild side, she fears it will lead her down a road to heartbreak. 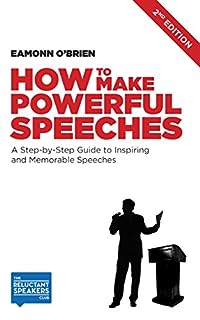 Less than 1 in 4 Business people claim to have any confidence in public speaking. That’s the reason for this NEW book and The Reluctant Speakers Club where thousands of reluctant speakers have discovered how to transform their speech making abilities; helping them to inspire others with their ideas. In this book, Founder of The Reluctant Speakers Club, Public Speaking Coach and author, Eamonn O’Brien helps you banish your fear of the podium forever. It will show you how to connect with audiences, construct credible arguments and give talks for maximum impact and persuasion. 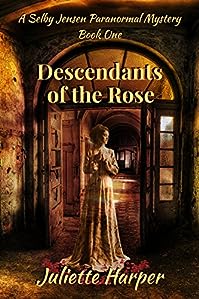 Descendants Of The Rose

Selby Jensen’s business card reads “Private Investigator,” but to say the least, that downplays her real occupation. Let’s hear it in her own words:

“You want to know what I do for a living? I rip souls out. Cut heads off. Put silver bullets where silver bullets need putting. You think there aren’t any monsters? . . . I have some disturbing news for you. You might want to sit down. Monsters walk among us. I’m looking for one in particular. In the meantime? I’m keeping the rest of them from eating people like you.”

In this debut novel of her new paranormal mystery series, Juliette Harper, author of The Lockwood Legacy books and The Study Club Mysteries creates a cast of characters, most of whom have one thing in common; they don’t have a pulse. The dead are doing just fine by Selby, who is determined never to lose someone she loves again, but then a force of love more powerful than her grief changes that plan.

Join Selby Jensen as she and her team track down a shadowy figure tied to a murder at a girls’ school. What none of them realize, however, is that in solving this case, they will enter a longer battle against a larger evil. 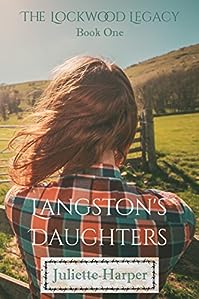 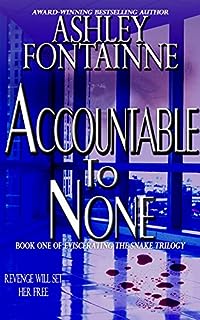 What if the unspeakable happened to you? Would you fantasize about seeking personal vengeance? How far would you go…and how much would you sacrifice to hold those responsible that believe they are accountable to none?

Welcome to the prestigious accounting firm of Winscott & Associates. Welcome to Audra Tanner’s personal hell. She had heard the rumors about her employer. The whispered secrets. But she had thrown herself into work to escape the pain of her miscarriage and demise of her marriage. Idealistic, she thought if she worked hard she would be rewarded. She thought wrong.

Savagely initiated into the brutal underbelly of the firm, Audra learns too late that the rumors are true. Now after five years of careful plotting, Audra is ready to push the wheels of justice in motion. Her goal of retribution has turned into an obsession and she will stop at nothing until everyone responsible pays. Will revenge set her free or is Audra’s quest for personal justice only beginning? 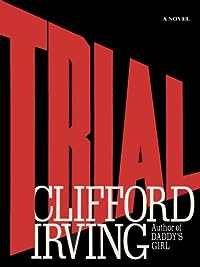 An adventure into the real world of criminal law, setting a new standard for legal thrillers, Clifford Irving’s powerful novel deals with murder, the perils of love, and the morality of justice,

Twisting and relentless, TRIAL follows Texas lawyer Warren Blackburn as he defends two accused murderers in two separate cases. One of his clients, Johnnie Faye Boudreau, is a former beauty queen and now owner of a topless nightclub, who shoots her multimillionaire doctor lover – she claims – in self-defense. The other, Hector Quintana, is a homeless illegal alien accused of killing a man for his wallet.

Without warning, the two cases merge and become one; as a result, Warren’s entire life and career are threatened. 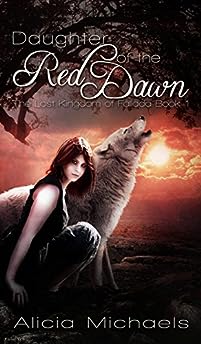 Daughter Of The Red Dawn

On the outside, seventeen year-old Selena McKinley is like any other teenage girl. Yet, Selena has always felt as if she doesn’t belong and is counting the days to graduation and her freedom from the small town that makes her feel so out of place, when the arrival of a stranger turns her world upside down. Selena will learn just how different she is and the truth of where she comes from.

A lost princess, they call her, the catalyst for a war involving a world that she was taken from as a child. An evil queen obsessed with her own beauty with a plan to enslave the human race.…the notion seems so silly, yet Selena knows in her heart that it is true. Then there is Titus, the shape shifter whose blue eyes and claims of destiny hold her heart captive. Can Selena find the strength to do what she must while following her heart? 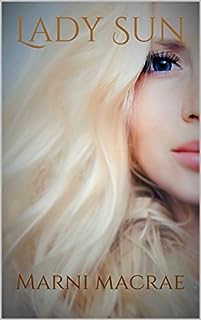 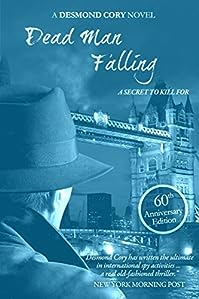 IT WAS AS IMPOSSIBLE AS ONE, TWO, THREE…

1. Find a well-disguised ex-Nazi without knowing what he looks like…

2. Uncover a fantastic, vital cache of diamonds that might not even exist…

3. Climb the dangerous slopes of a virtually un-scalable mountain with men you suspect want to kill you.

In short, it was an assignment Johnny wouldn’t have accepted from British Intelligence in a million years – but on his own, with a once-in-a-lifetime girl like Marie-Andrée at his side, he jumped at the chance. Unfortunately, it was only his first mistake… 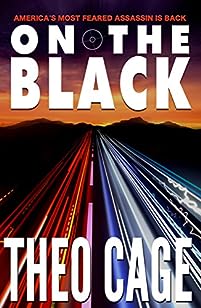 When a mysterious government agency stumbles onto the ex-agent in the wilds of Washington state, they force Rice to deal with a terrible secret. What follows is a harrowing road trip across the American heartland with Rice at war with an army of International mercenaries, an organized crime family, and an ultra-violent biker gang.

Complicating his mission is a young hitchhiker he rescues, and a trauma nurse who becomes an unwitting ally 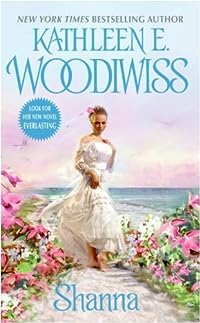 A pact is sealed in secret behind the foreboding walls of Newgate Prison. In return for a night of unparalleled pleasure, a dashing condemned criminal consents to wed a beautiful heiress, thereby rescuing her with his name from an impending and abhorred arranged union. But in the fading echoes of hollow wedding vows, a solemn promise is broken, as a sensuous free spirit takes flight to a lush Caribbean paradise, abandoning the stranger she married to face the gallows unfulfilled.

But Ruark Beauchamp’s destiny is now eternally intertwined with that of the tempestuous, intoxicating Shanna. He will be free . . . and he will find her. For no iron ever forged can imprison his resolute passion. And no hangman’s noose will deny Ruark the ecstasy that is rightfully his. 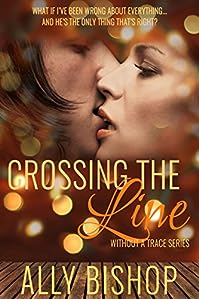 I’ve never believed in love at first sight, which is probably why I write mysteries, and not romances, for a living. Besides, I’m too focused on expanding Elementary, a mystery dinner party business I own with my brother Noah. I don’t have time for romance.

When the handsome and successful Ian Crane books our services, I can barely keep my wits about me. He’s setting fire to all my rules, and I can’t resist his flames.

I don’t recognize the woman I’m becoming, but I don’t want to go back to who I was. There’s a part of me that can’t help wondering, what if he’s too good to be true? Because if he is, my heart will be nothing more than ashes. 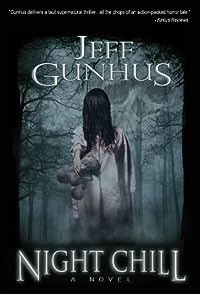 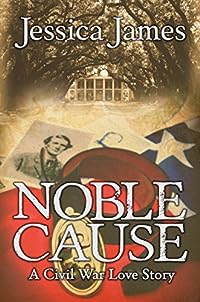 This is the tale of Colonel Alexander Hunter, a dauntless and daring Confederate cavalry officer, who, with his band of intrepid outcasts, becomes a legend in the rolling hills of northern Virginia. Inspired by love of country and guided by a sense of duty and honor, Hunter must make a desperate choice when he discovers the woman he promised his dying brother he would protect is the Union spy he vowed to his men he would destroy.

Readers will discover the fine line between friends and enemies when the paths of these two tenacious foes cross by the fates of war and their destinies become entwined forever. 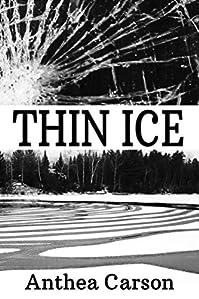 Jane has to have answers.

She has to know what happened that night.

The night they drove the car out over the lake.

The night of thin ice.