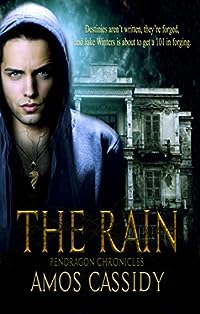 Destinies aren’t written, they’re forged, and Jake Winters is about to get a 101 in forging.

A quaint British coastal town hiding ancient secrets, a heavenly weapon that claims a host, a dragon’s egg that has a tale to tell – Jake Winters is the line that connects all the dots.

But Jake has much to learn, and very little time, because a serial killer is on the loose, a monster with the face of a fashion model, and it’ll take Jake’s special brand of intervention to stop him… 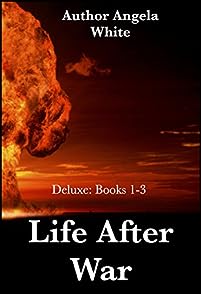 “This is Safe Haven Refugee Camp. Can anyone hear me? …hello? Is anyone out there?

The end of the world has given us a harsh, merciless existence, where nature tries hard to push mankind to the very brink of extinction. Everything is against us, between us… Untold miles of lawless, apocalyptic roads wait for our feet, and the future, cold and dark, offers little comfort. Without change, there can be no peace. Only survivors.” 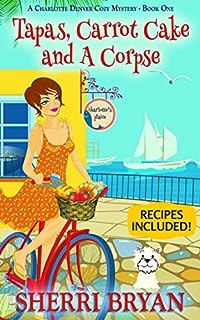 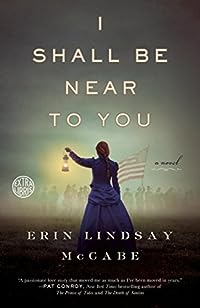 I Shall Be Near To You: A Novel

An extraordinary novel about a strong-willed woman who disguises herself as a man in order to fight beside her husband in the Civil War.

Rosetta doesn’t want her new husband, Jeremiah, to enlist, but he joins up, hoping to make enough money that they’ll be able to afford their own farm someday. When Jeremiah leaves, Rosetta decides her true place is by his side, no matter what that means, and follows him into war. 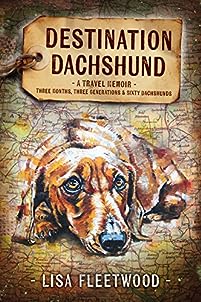 Through the wonder of travel, this remarkable book explores the bond of extended family, the abiding love we have for our pets and the grieving for loved ones, both human and hound.

With teenage children and in-laws in tow, the Fleetwood family embarks on the trip of a lifetime just days after the tragic loss of their beloved dachshund, Coco.

When two miniature dachshunds in smart winter coats are spotted in Moscow, it’s game on! A riotous, often hilarious dachshund spotting competition for the lovable, long-bodied pooch ensues across 15 countries. 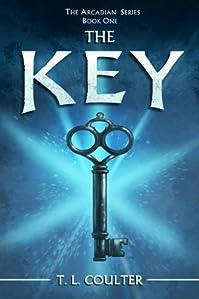 When the new King of Arcadia, Audric Sjöberg is forced into hiding, his younger brother Rek, is sent to the mortal realm to find “the key”. “The Key” is the one person that can help Audric take back his kingdom, and restore peace within the wizard realm.

Kailee Reece is a normal teenager, or so she believes. When Kailee’s wishes turn into reality, she becomes the target of unwanted attention. Rek’s search sends him to Astoria Oregon, where he meets Kailee, and they are drawn to one another. Kailee and Rek attempt to fight their feelings, but the temptation is too great.

Kailee and Rek’s happiness is threatened by an ancient prophecy that could tear them apart. Rek must convince Kailee to return to Arcadia in order to save Audric and his kingdom. Once the kingdom is safe, Rek may be forced to say goodbye to Kailee forever. 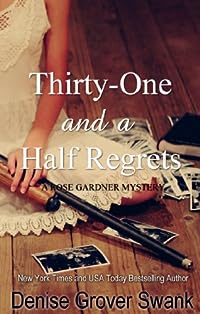 Thirty-one And A Half Regrets

While Rose recovers from a broken heart, she finds herself at odds with her sister—and business partner—Violet. Rose buries herself in her landscaping work, but becomes worried when her employee and friend, Bruce Wayne Decker, goes missing.

In the meantime, Fenton County assistant D.A., Mason Deveraux has been patiently waiting to begin a relationship with Rose, but she realizes she needs to confront the demons of her past before she can embrace a new future. She needs to find out the truth about her birth mother.

But her past isn’t her only demon. An undercurrent of tension has been spreading through Henryetta, Arkansas since drug lord, Daniel Crocker’s arrest six months ago. Still, she’s not prepared for a nightmare come true: Crocker’s escape from prison. Crocker carries a grudge and he’s determined to make Rose pay, but he plays a game of cat and mouse, forcing Mason and the Fenton County Sheriff’s department to hide Rose on her birth mother’s farm. But will it be enough to save her? 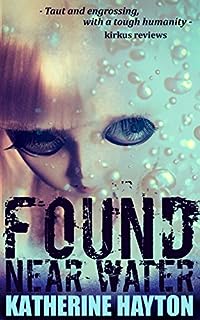 The Journal Of Vincent Du Maurier

In the days of the bloodless, a healthy human is a vampire’s most valuable resource. But they’re in short supply and Vincent Du Maurier is hungry.

Evie could be the last human being alive—and she’s pregnant—which makes her situation most inconvenient for Vincent. As he struggles to keep her and her unborn child from both the jaws of the bloodless and the fangs of his starving clan, he faces the most difficult choice of his long life.

If he gives in to his gnawing hunger, he risks a destiny worse than that of the shades in Hades. But if he denies his nature, he could end up turning into something far worse—a vampire with humanity. 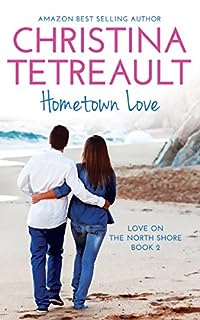 Everyone in North Salem thinks they know Jessie Quinn. She is the town’s quintessential girl next door. The woman you can always turn to when you need a helping hand. Nobody knows that she’s spent years overcoming the emotional scars left by her last boyfriend.

As a single dad and task force officer with the FBI, Mack Ellsbury moves back to North Salem to be closer to his family, not to find love. Then Jessie Quinn returns to his life. Soon Mack no longer sees Jessie as the quiet girl he once tutored in high school but rather the woman he is falling in love with.

Mack’s love helps Jessie erase the scars she’s carried around for so long, but when his ex-wife decides she wants reconciliation, their relationship is put in jeopardy. 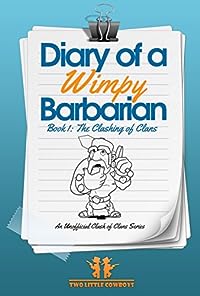 Skulk is having a bad day. A really bad day. First, he can’t get into his house because another barbarian blocked his door with a rock. Then, when trying to level up, he manages to cut off the elixir ley line to the entire town. This wouldn’t be such a big issue if it wasn’t for those darn Goblins. Without the elixir ley line, his town has no hope of healing.

Follow Skulk on a journey from being just another wimpy Barbarian to, what he hopes, will turn him into the town hero.

Will he find the cause of the ley line meltdown?

Will he escape the Goblins?

Who is the mysterious archer? 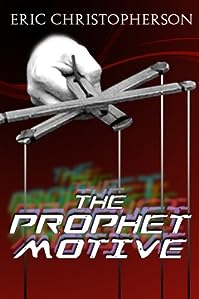 San Francisco Homicide detective John Richetti spent part of his childhood living inside an infamous cult known as the People’s Temple. As a boy he’d lost his parents to cult-instigated mass suicide. The memories come flooding back when he investigates the bizarre suicide of a former member of Earthbound, a New Age cult—and suspects murder instead. To uncover the truth he infiltrates the group, along with police psychologist Marilyn Michaelsen.

The new recruits find themselves pushed to their physical and mental limits by a series of sophisticated brainwashing techniques as well as by a cult leader, known only as The Wizard, who appears to possess psychic and paranormal powers. Even the psychologist’s expert knowledge of cults can’t explain The Wizard’s feats, and it isn’t long before John, like his parents before him, surrenders his independence to another . . . 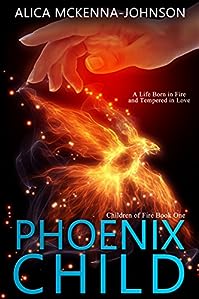 There should be a law, a Universal Rule, as to how much weirdness can happen to a person.

Fifteen-year-old Sara walks into the San Francisco Center for the Circus Arts determined to ignore the freaky things happening to her. As powers she doesn’t want and can’t control overwhelm her, Sara must decide if she can trust the strangers who say they are her family … descended from a common ancestor four thousand years ago.

Sara clings to her contented and well-planned life as a foster kid, successfully working the system, as dreams, powers, and magical creatures drag her towards her destiny.
When the ancient evil that killed her parents comes to San Francisco, Sara is forced to choose between her fears and her desire to protect those she loves.

Sometimes great things are thrust upon us. Sara wishes this supposed ‘greatness’ didn’t include a new name, unicorns, and catching on fire. 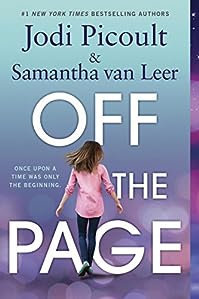 From #1 New York Times bestselling authors Jodi Picoult and Samantha van Leer, OFF THE PAGE is a tender and appealing YA novel filled with romance, humor, and adventure.

Delilah and Oliver shouldn’t be together. But they are together. And just as they’re getting used to the possibility that happily ever after may really, truly be theirs, the universe sends them a message they can’t ignore: they won’t be allowed to rewrite their story.

Delilah and Oliver must decide how much they’re willing to risk for love and what it takes to have a happy ending in a world where the greatest adventures happen off the page. 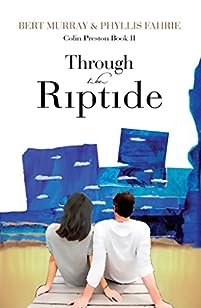 A thirty year old woman escapes from New York City to a charming beach town on Eastern Long Island. Lindsey is hoping to find inner peace after a disturbing incident shattered her confidence. Still recovering, she is stuck between the old love of her ex-boyfriend and the allure of a stranger she encounters on the bus. But will Lindsey ever be able to really trust a man again after what happened?