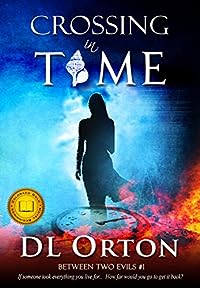 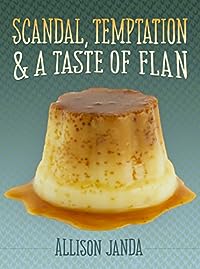 Get this book for FREE
Kidnapped. Nearly murdered – twice. Marian Moyer has spent the last few months avoiding any and all drama. Save for that time she decided whether she’d turn up the heat with smoldering James Holden or heart-stopping Mika Andrushkiv.

But when Carmen turns up dead and all fingers point to Marian’s BFF and business partner, Addison Dawes, Marian is forced to uncover the real truth behind Carmen’s death. Of course, what she finds brings several long-buried secrets to the surface – secrets that might have been better left unknown. 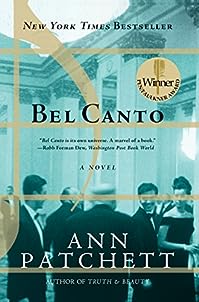 Ann Pratchett’s award winning, New York Times bestselling Bel Canto balances themes of love and crisis as disparate characters learn that music is their only common language. As in Patchett’s other novels, including Truth & Beauty and The Magician’s Assistant, the author’s lyrical prose and lucid imagination make Bel Canto a captivating story of strength and frailty, love and imprisonment, and an inspiring tale of transcendent romance. 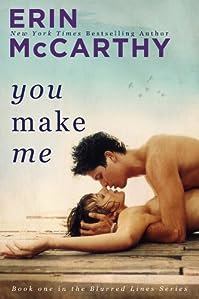 The guy she wants…

Growing up on the coast of Maine with a revolving door of foster siblings, Caitlyn Michaud spent one intense and passionate year falling in love with her foster brother, Heath. Then he left without a word.

Isn’t the guy she needs…

Determined to move on, in college Caitlyn has risen above her small town impoverished roots and has joined a sorority, reinvented her appearance, and landed the right boyfriend in frat president Ethan.

But the perfect world she tried so hard to attain is ripped apart when Heath appears one night out of nowhere. Out of the military, Heath is as brooding and intense as ever, and he is determined not only to win her back, but to exact revenge on everyone who kept him from her…

And when one love allows her to breathe, but the other feels as essential to her life as air, how does she choose between them? 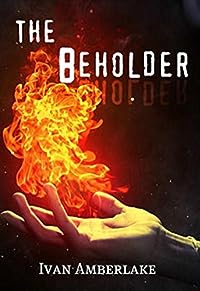 Around the world, people die under mysterious circumstances. Each branded with an arcane sign, they are pieces of a jigsaw puzzle. When more people are missing, with similar signs appearing in and around their homes, Jason, an average New Yorker, realizes the victims are a riddle addressed to him.

He is the final piece.

Emily appears, the most beautiful woman with extraordinary powers and startling amber eyes, and tells Jason that powers dormant within him are about to wake. In the world of Light- and Darksighted, he is the only person who can prevent Darkness from enslaving the world. He is the Beholder whose advent has been awaited for many years.

Setting out on a journey with Emily, Jason discovers many improbable things like Sight, Soulfusion, the Hall of Refuge, but the greatest surprise arrives the moment he realizes he has fallen in love with Emily. 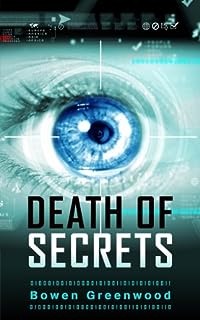 Kathy Kelver nearly trips over a murder victim on her way back to her dorm room late one night. In his last words, the dying man gives her stolen data about a secret project that could blow the lid off a shocking conspiracy. From the halls of Congress to the National Security Agency and beyond, Kathy must run for her life from shadowy forces who want her dead, while trying to build a relationship and hang on to her faith. The secret she’s carrying could end the right to privacy forever, if she doesn’t survive to warn the world.

Do you love suspense? Death of Secrets will keep you on the edge of your seat with constant twists, turns and thrills. 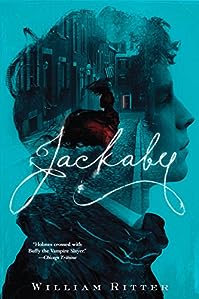 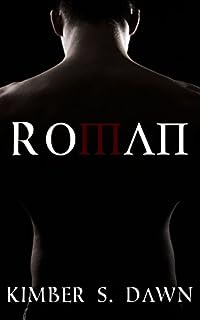 Roman is a man of little words and lesser morals. He’s a man who accepted his demons long before the average person even realized they had any. Roman has never felt emotions like guilt, shame, or remorse. Roman has also never felt love, sympathy, or compassion.

Jaded for reasons unknown with more money at his disposal than he knows what to do with, Roman’s walk to the dark side began long before his first kill.

How do I know all of this? Because, my name is Heather Mackenzie and I’ve been number thirteen for a lot longer than I ever intended to be. 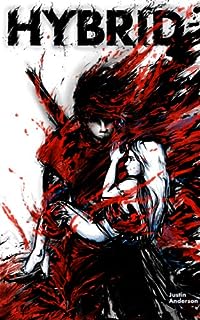 Living in a post-apocalyptic wasteland, Joshua Mercer struggles to keep himself and his little sister, Chloe, alive. But genetically altered creatures called Shells have covered the planet, slaughtering and feeding on every living being. With an ever present sense of death Joshua fights to survive. And he will soon find that Shells aren’t the only things to be afraid of. 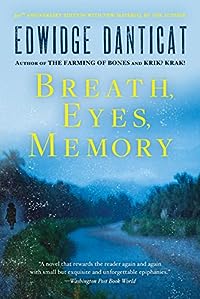 At the age of twelve, Sophie Caco is sent from her impoverished village of Croix-des-Rosets to New York, to be reunited with a mother she barely remembers. There she discovers secrets that no child should ever know, and a legacy of shame that can be healed only when she returns to Haiti–to the women who first reared her. What ensues is a passionate journey through a landscape charged with the supernatural and scarred by political violence, in a novel that bears witness to the traditions, suffering, and wisdom of an entire people. 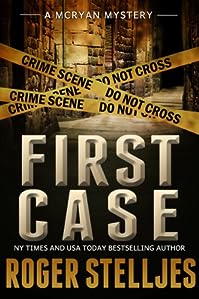 A prestigious job at a top law firm, a beautiful home, and a gorgeous wife all made for an ideal life. But then life gets in the way and changes the course you have selected. For Mac McRyan, a family tragedy meant forgoing a lucrative legal career for one in the “family business” – the St. Paul Police Department. After four years as a cop, the ruggedly handsome Mac crosses the crime scene tape for the first time as a homicide detective. The back alley murder of a young trial lawyer from a high profile law firm doesn’t add up. In an emotionally charged investigation full of unexpected twists and turns, Mac will need to follow a convoluted trail of evidence, secrets, and hidden agendas to help solve a murder mystery that is his first case. 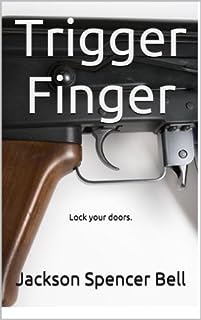 When two intruders break into his house one night bent on attacking his family, Kevin Swanson fights back–with deadly consequences. In the aftermath, he rockets from obscure lawyer to local hero overnight–a hero to everyone, that is, except for a strange man who calls in to a local talk radio show when Kevin appears as a guest. The caller, who won’t reveal his name, has a message: Kevin is no hero. And his story about what happened isn’t even close to accurate. Suddenly, Kevin finds himself thrust into the center of one violent crime after another, rising to the occasion and exceeding his wildest expectations each time. Strangely, though, none of his attackers carry any identification. And as his doubts drive him through his own investigation of what really happened that night, his crumbling reality sends him hurtling towards a face-to-face confrontation with the nameless caller—and the horrifying truth that won’t let him hide. 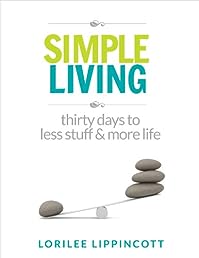 Need a bit more simple in your life but unsure where to start? Simple Living is written for you. Using minimalist principles I have created a 30 day course, taking less than 1 hour a day that I guarantee will give you a simpler life.

Simple Living‘s 30 days balances both tangible clutter as well as intangible clutter. This is not a course about cleaning. This course and these lessons are about change. Not only will you have a simpler and cleaner home after this course but the steps have been put in place for it to stay that way.

This course is created to tackle thirty different clutter areas, showing you where they are and how to start working with them. After the course you will have the skills and tools to keep working in the areas that you personally still need to work in.

This course is created to answer the question “Where do I begin?” and “How do I start?”

If you will commit to 60 minutes for 30 days I guarantee you will see dramatic change.

Simple Living is written by writer and minimalist Lorilee Lippincott who is the author of LovingSimpleLiving.com and 321 Stop – stop running and start living. 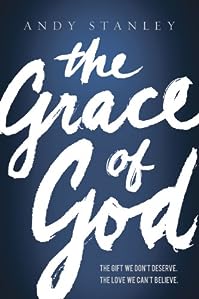 The Grace Of God

“Grace. It’s what we crave most when our guilt is exposed. It’s the very thing we are hesitant to extend when we are confronted with the guilt of others—especially when their guilt has robbed us of something we consider valuable.

Therein is the struggle, the struggle for grace. It’s this struggle that makes grace more story than doctrine. It’s the struggle that reminds us that grace is bigger than compassion or forgiveness. That struggle is the context for both. When we are on the receiving end, grace is refreshing. When it is required of us, it is often disturbing. But when correctly applied, it seems to solve just about everything. This struggle is not new; it has been going on since the beginning.”

We find in the pages of Scripture that the stories found there often mirror our own stories, and that we too need the very thing we do not deserve: the grace of God.

Even now as you think about grace, there might be a little voice in your head whispering, “It can’t be that easy!”

“What about repeated misbehavior?”

“What about bad habits?”

It’s this tension that makes grace so slippery. But that’s the beauty and the truth of grace. We don’t deserve it. We can’t earn it. It can’t be qualified. But God gives it to us anyway because he loves us unconditionally.

The story of grace is your story. And as you are about to discover grace plays a larger role than you imagine. 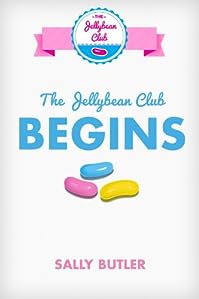 When 9 year old Audrey and her best friend, Julianna, discover a tattered note in Audrey’s mailbox, they embark on an adventure that will change their lives forever. A missing show dog worth a fortune, two dangerous villains and a series of mysterious clues come together in this first exciting adventure of the Jellybean Club.