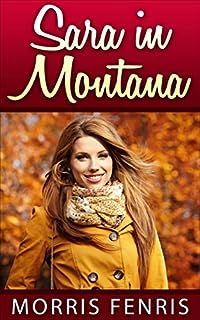 Sara in Montana – A young married woman torn between love & fear, trust & doubt and a desire for revenge. Will she make the right choice?

What happens when a California girl in the middle of a crisis meets a Montana guy?

Sara wished for a husband for Christmas this year and then married her boss. Now she is running for her life from him with a warrant out for her arrest and really needs a miracle to save her. To top off her week, she finds herself in the middle of a Montana snowstorm and sicker than she’s ever been.

Trent quit the FBI to return home and became a sheriff. As the most eligible bachelor in Castle Peaks, he’s had his share of women chase him, but has been disinterested; until now. He has a sworn duty to protect the town’s citizens and assist other agencies in doing the same. When faced with a suspect in a criminal case, will he make the arrest or lead with his heart?

Join Sara Brownell as she runs for her life, she runs straight into the waiting arms of local sheriff Trent Harding. Throw in a life-size nativity and plenty of snow and watch the magic of Christmas come to life.

See how Sara forever changes the lives of Trent as well as those around him. 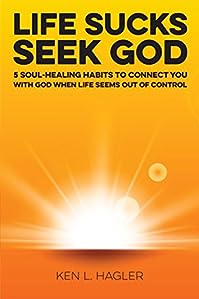 This is a book about honestly facing pain and suffering. No facade. No masks. This is also a book about God and faith. It is about wrestling with the reality of the struggle to hold onto our faith in God when it seems like everything is coming apart.

Ken writes about his own journey through “the valley of suck” as caregiver for his wife, Heather, and now a single parent for their children. It is a personal account of wrestling with faith in God and the five soul healing practices which sustained Ken’s faith during and after the death of his wife. While his words speak directly to the struggle of being a caregiver and losing a spouse, Ken addresses the issues many people face when life just seems to suck worse than they imagined. No matter how bad it gets, there is hope and a way forward. 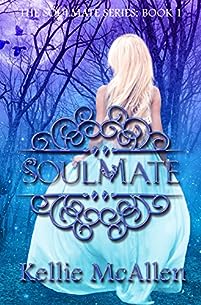 In Indianapolis, Rachel is adopted by a kooky bunch of science club geeks, but somehow she still manages to attract the attention of the hottest boy in school. Her new friends are less than impressed with the notorious chick magnet, and Rider fears he’s losing Rachel as she makes one bad decision after another in pursuit of love.

When a tragic accident tears Rachel and Rider apart, Rachel finally realizes who her true soulmate really is. What she doesn’t know is, how can she ever live without him? 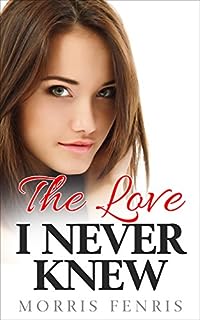 The Love I Never Knew

Ariadne Silver was born in a family that resented her. She grew up in miserable conditions – with a drug-addict mother and an absent father – but climbed out of the gutter to become one of the most successful spa owners in the States. Ariadne didn’t expect life to change, but suddenly it did. Her French grandmother, a woman she didn’t even know existed, dies and names Ariadne as her sole heir. Ariadne packs her bags and meets Lucien Valier, her grandma’s solicitor, upon her arrival in France. She spends weeks in France in company of her attorney. When she meets his little invalid daughter Ariadne is at a loss for words. Falling in love is totally new to her. And meeting such a talented little girl is really too much for Ariadne. Will Ariadne finally break the spell of bitterness and acknowledge Cupid’s arrow? 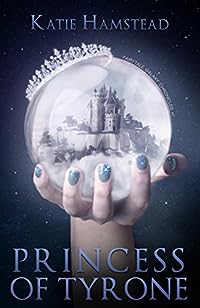 Apolline is happy hunting magical creatures on her pirate infested outer-perimeter planet. She is a fantastic shot, and doesn’t flinch at the blood and guts of her kills. Never once did she consider she could be the missing Princess of Tyrone.

All her life, she has heard the story of the Princess, cursed to sleep for eternity, unless her betrothed, the Prince of Oran, gave her true love’s kiss. Although Apolline knows she is betrothed, she thinks her fairy guardians arranged it out of ignorance of human ways. The thought she could be a princess is inconceivable.

Then Allard appears. Handsome, charming—but he’s not hers to have. He’s betrothed, too. Her guardians warn her against her new found friendship, but she and Allard meet in secret anyway. Despite her rough exterior, he sees beyond her gun-slinging bravado, and their love blossoms.

But the deadline for the sleeping curse is approaching. If Apolline falls in love with the wrong person, she could end up sleeping forever.

A quirky, adventurous retelling of Sleeping Beauty, with a less than princess-ly princess!

In the world of Allwyn, humans are almost extinct. A war among the gods has led to the downfall of humanity and the banishment of their god. A thousand years later, the remaining humans eke out an existence on the fringes of a vast dwarven empire.

He is marked as the Stonechosen, and wields powers of the gods themselves. But Ghile is not alone; others chosen to fulfill the prophecy are also traveling to the Cradle, seeking to destroy him. The time of the Stonechosen has come. 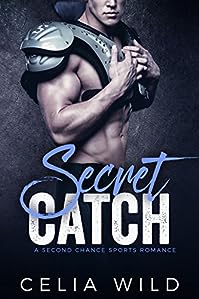 I was only looking for a one-night stand. But I am coming back for more.

Calvin Wood is everything I hate in a man.
Womanizer, dirty talking, cocky and very jealous.
He’s a hardcore football player and has the worst reputation in the college.
I was assigned to work with him to get him in shape since the injury.
It was a big mistake, or maybe it wasn’t…
Our flirting and kisses have transformed into something very real.
Only one problem. I can’t tell him that I’m pregnant with his baby.

The moment I saw Harper, I couldn’t get her out of my mind.
She’s a strong, sexy woman that resists my charms.
When she’s not driving me nuts, she’s driving me wild
For one crazy, passionate night, she was mine.
But she disappeared without even telling about my baby. 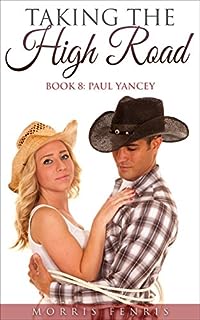 Paul Yancey is not what you’d call a professional anything. After leaving Belle Clare Plantation, he’d drifted from city to city, from job to job, without ever really finding himself or his niche in life.

Until the fateful hunting trip on which he’d accompanied his brother Matthew, a former Texas Ranger. Their time together out in the Texas hill country was supposed to be relaxing and rejuvenating. Instead, they’d happened across Arliss Helms, cattle thief and stagecoach robber. Later, Paul writes the story of their meeting and apprehension and sells it to a newspaper chain. From there, he’s off and running in his new career. A respectable one, no less.

Other outlaws and gunslingers cross his path; other stories follow.

Now comes one that will be the biggest to hit print. If he can secure it.

Catamount Clemens is holed up in some hideaway near Mount Whitney. Not only must Paul track him down, but he must do it before other forces interfere.

With speed and proficiency in mind, Paul hires the Fergusons, a guide duo from Carson City. Father and son, Ezra and Teddy. Or is it? Too late, Paul discovers that Teddy is actually Theodosia, a girl with a mystery of her own.

How quickly they can reach Paul’s quarry depends on too many unpredictable factors.

Not the least of which is his growing attraction to the capable and efficient Miss Ferguson.