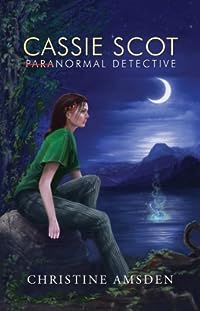 Cassie Scot is the ungifted daughter of powerful sorcerers, born between worlds but belonging to neither. At 21, all she wants is to find a place for herself, but earning a living as a private investigator in the shadow of her family’s reputation isn’t easy. When she is pulled into a paranormal investigation, and tempted by a powerful and handsome sorcerer, she will have to decide where she truly belongs. 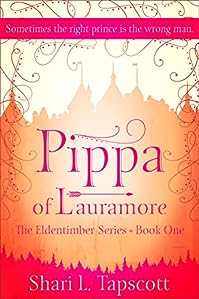 Princess Pippa of Lauramore is about to turn eighteen, and in honor of the great occasion, her father King Ewan invites thirty princes and lords from kingdoms near and far to compete for Pippa’s hand in marriage.

Arrogant Prince Lionel of Vernow is expected to win the competition handily, but spunky princess Pippa refuses to marry such a pompous man without a fight. When she spies Galinor, the dark-haired, blue-eyed prince of Glendon, she sets out to make him hers—convincing him to join her on a midnight ride away from the festivities.

When King Ewan catches Pippa, he orders her to spend twelve days of confinement in the castle, but she refuses to be contained while her fate is decided without her. Enlisting the help of her childhood friend Archer, master archer of the kingdom, they make a pact to do everything in their power to ensure Galinor’s victory in the marriage games.

But as the games progress and the stakes get higher and higher, Pippa and Archer are forced to not only confront marauding bandits, angry dragons, and King Ewan’s wrath, but also the growing attraction between them… 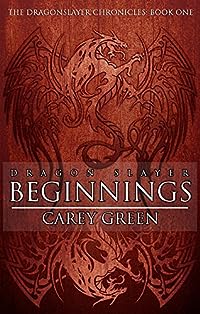 Dragons have been forgotten,relegated to the realm of legend and myth. But tales of horror circulate among the common people. Rumors of their attacks float on the night wind. They are a fearsome presence that haunts the memories of the old and the nightmares of the young.

They are forgotten, but they are not gone.

The dragon masters wait, a dark force lurking in the shadows of every land. They will have their opportunity. They will rise.

A young boy is stripped violently from his family and thrust into the conflict between dragon masters and feudal lords. Through tragedy and loss Hon is swept into the conflict while battling the fear and pain that grips his own soul. 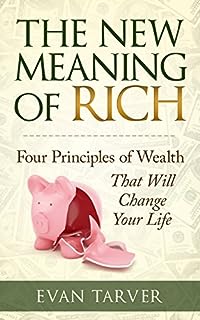 The New Meaning Of Rich

We live in a world where the true meaning of wealth has been lost.

In years past, a dream of riches was synonymous to Charlie Sheen’s character in Wall Street. Today’s world is one that no longer fits that dream. Greasy-haired stock brokers who grind their way to the top is not the idea of rich anyone believes in anymore. There is a problem, however, where we lack any other meaning of wealth.

We need to change how we think about wealth. We need to redefine what it means to be “rich.” Wealth, defined in this modern age, is a true ownership of your emotions, time, location, and ability to give back. When you follow this definition of wealth, and focus on maximizing each area, the monetary riches follow, 100% of the time, every time. 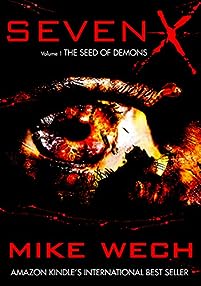 Pregnant at the time of her execution, Eddie adamantly believes it was staged and Dobson was secretly shipped to a Behavioral Health Center in a remote location outside the small town of Dell City, Texas.

With the opportunity to break the story, Eddie voluntarily commits himself into the asylum. His journals, video diary and recordings leave a trail of breadcrumbs into a series of radical experimental procedures conducted on patients without their consent.

With solid proof that this vicious serial killer is alive, her forced exorcism and the impending nativity for a child the world believes is dead, Eddie has the story that will redeem his life and career.

But as he dives deeper into his investigation, Eddie is forced to confront his own demons as he unwilling becomes a participant in the asylum’s paranormal rehabilitation experiment. 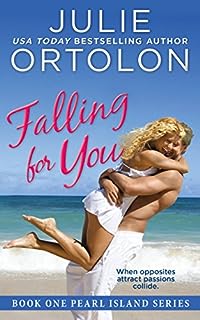 The forecast is smooth sailing for Oliver Chancellor, one of Galveston’s premier financier. Destined to take his place in his family’s bank, Chance is content with the future that’s been mapped out for him, right down to his upcoming engagement to a prim debutante.

But when beautiful Aurora St. Claire crosses his path, Chance recklessly plunges into uncharted territory with nothing but his heart to guide him-and a beautiful woman to tempt him.

Propelled by a lifelong dream to buy the island home reportedly haunted by her colorful ancestors, Aurora desperately needs Chance’s help in securing a business loan and she won’t take no for an answer. In the midst of convincing the hesitant blue blood to take a chance on her dream, Aurora awakes his hidden streak of red-hot passion. Before they know it, the mismatched pair are all tangled up in a reckless desire and headed for trouble-trouble in the name of love. 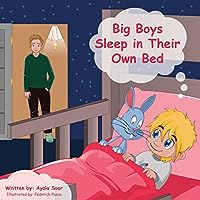 Childre’s Book: “big Boys Sleep In Their Own Bed”: Pictures Book: Motivates Your Kids To Sleep In His Own Bed,

This rhyming children’s book is all about Tommy. Tommy is already so big and brave. He can already do many things on his own except sleep alone, until his parents think of a wonderful solution.

He just needs the help of a new friend! 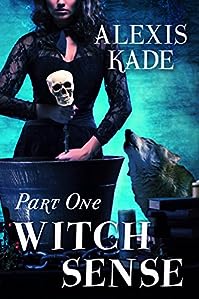 All witch Lara O’Connell wanted to do was dump her neglectful boyfriend and get on with her life. But thanks to a show of power he thought would charm her, her ex is stuck in wolf form. And until she turns him back, she’s stuck with him shedding all over her stuff.

The local Alpha werewolf, Stephen, will help her turn her ex back into a human—for a price. He needs Lara’s sensitivity to magic to figure out who is killing his people.

But with the FBI looking into Phillip’s disappearance, an Alpha trying to make kissy face with her, and a killer who can’t be too happy to have her on his trail, Lara’s problems are just getting started. 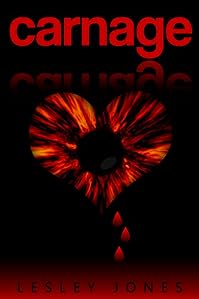 I love him, from the instant I set eyes on him when I was just 11 years old I have loved him and nothing will ever change that, he owns me, he owns my heart and he owns my body and no matter how many lies are told, no matter how many people conspire to keep us apart, despite the fame and the distance, we will find a way. 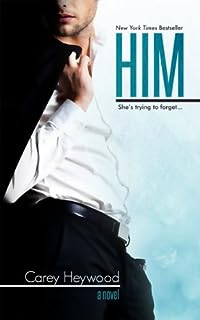 Sarah Miller hasn’t been home in seven years. She thought she could stay away forever. If it wasn’t for her big brother’s wedding, that is. Part of her even feels silly for staying away this long. It’s not like anyone even knew what happened. Well, except for him.

That guy. The one she compared all others to. The one who set the bar so high no other guy after him could even compete. The one who made her feel like anything was possible. The one she thought she would never be good enough for. The one she spent the last seven years trying to forget.

All she needs to do is make it through the next week without running into him. 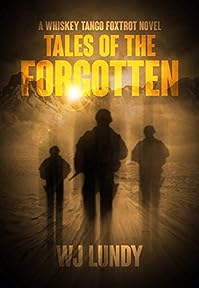 What he finds is worse than he could have ever predicted. 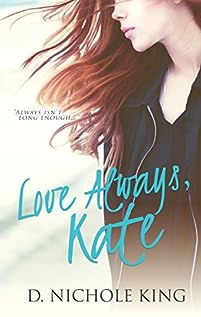 Leukemia’s been my life since I was eleven. Now, six years later, I want my life back. Only I’m not sure what that is. The test results came back today. 22,000. Which means I’m officially out of remission—again. I have three options:

1) Another round of chemo.

3) Dump it all— forget the meds and treatments and enjoy the time I have left.

I think I know what I want. Then, in walks Damian, changing everything.

Somehow I know that whichever one I choose, the result will be the same. With the sand in my hourglass seeping to the bottom, I hope there’s enough left to show Damian that life’s worth living.

Worth fighting for. Worth dying for. 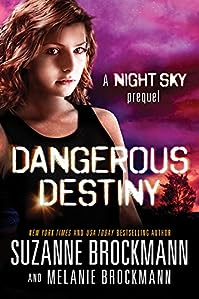 I know her.
Know her from inside the dreams. Inside those terrible, murderous, bloody dreams. I’ve heard her-screaming, her voice mixing in an awful chorus with all those other girls. Little girls.
Please, God.
That’s what one of the little girls keeps saying, in the dream that is not just a dream. Please, God.
But I know better. There’s no escaping this fate. This is destiny.
I must kill Skylar.

Skylar Reid is the new girl at school. Her mom just moved them to Florida—aka The Land of the Living Dead where the average age of her new neighbors was seventy-five—to start over. Skylar is not a fan of the change or her total lack of friends. Until she meets Calvin, a funny, sarcastic boy who doesn’t let being in a wheelchair stop him from verbally shredding their preppy classmates. Skylar’s just about to decide her new school’s not a total loss when an odd girl wearing an oversized trench coat in the murderous Southern heat declares, “You’re one of us.” And then tries to kill her. 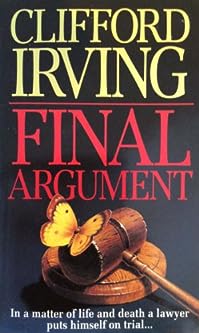 Ted Jaffe, a Florida district attorney, sends Darryl Morgan, a convicted murderer, to Death Row. Ten years later, now in a lucrative private practice, Ted returns to the same courtroom in a desperate attempt to save Morgan’s life. Connie Zide, the widow of the murdered man, a beautiful older woman whom Ted has loved previously with a rare passion, stands in his way.

A masterly tale of murder, courtroom justice, marital love and infidelity, FINAL ARGUMENT is set among beachside multimillionaires and features the rarest of heroes – a criminal lawyer with a conscience.

Can Ted Jaffe represent a murderer he once prosecuted? The legal establishment wants to disbar him for it. Can Ted deal with his past loves and indiscretions? FINAL ARGUMENT is about his battle – at the risk of career, marriage, and personal safety – to free a man he believes he has grievously wronged. 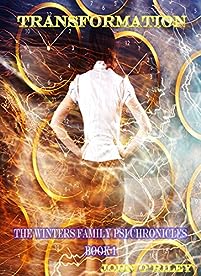 Most of the world is blissfully unaware of an impending disaster that looms ever closer. Most of the survivors will emerge from the widespread devastation as psychics. Those who already possess special abilities like Emily will grow exponentially stronger.

For years, Psi-Tech harbored secret plans to eliminate all of these loose ends before they can reach their full potential and now that time has finally come. Emily, a former victim and prisoner of Psi-Tech is now thrust into the unlikely role of hero. Can she save the lives of all these innocents from this powerful and ruthless corporation?