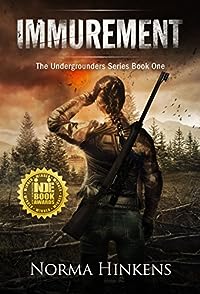 The Sweepers are coming. They hunt the young. Earth’s end is her beginning.

Sixteen-year-old Derry and her brother live in perpetual fear of capture. They survive underground on a scorched earth overrun by gangs, clones, and mysterious hoverships. When her brother goes missing, Derry’s only hope of finding him is to strike a deal with a group of cutthroat subversives. Desperate to save her brother, she leads a daring raid to uncover the secrets behind the Sweepers’ hoverships, but she soon finds out the world she knows is a lie.

Keeping her brother alive may require trusting her enemy and opening her heart to something she never thought possible. 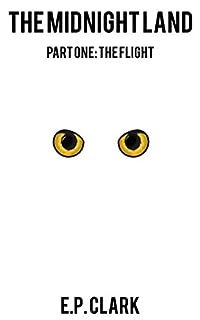 The Midnight Land: Part One: The Flight

The sun did not rise on the morning of the trial, and neither did Slava’s spirits…

As younger sister to the Empress of all of Zem’ and the only one possessing her foremothers’ gifts of clairvoyance, Slava is both one of the most powerful and powerless people in the Known World. Desperate to escape the intrigue and hostility of her sister’s kremlin, Slava takes off on an expedition to the Midnight Land, the uninhabited, unmapped tundra on the Northern edge of Zem’. But as she travels North, Slava discovers that it is more than just the world of women that covets her gifts, and that fate is pushing her to become a most unlikely hero…

Combining motifs from classical Russian literature with the genre of high fantasy, this book is both a gripping coming-of-age tale and a subversive exploration of gender, morality, and subjectivity. 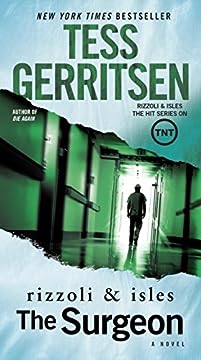 The Surgeon: A Rizzoli & Isles Novel

He slips into homes at night and walks silently into bedrooms where women lie sleeping, about to awaken to a living nightmare. The precision of his methods suggests that he is a deranged man of medicine, prompting the Boston newspapers to dub him “The Surgeon.” Led by Detectives Thomas Moore and Jane Rizzoli, the cops must consult the victim of a nearly identical crime: Two years ago, Dr. Catherine Cordell fought back and filled an attacker before he could complete his assault. Now this new killer is re-creating, with chilling accuracy, the details of Cordell’s ordeal. With every new murder he seems to be taunting her, cutting ever closer, from her hospital to her home. And neither Moore nor Rizzoli can protect Cordell from a ruthless hunter who somehow understands—and savors—the secret fears of every woman he kills. 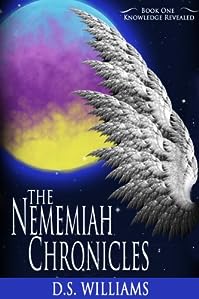 After a devastating tragedy, Charlotte Duncan has only one goal…

… And that is to end her life. Seeing no hope of escape from the nightmare her life has become, Charlotte relocates to the small town of Puckhaber Falls. But the quick and unexpected kindness of the residents puts pause to her plans. Then one day a fateful accident introduces her to Lucas Tine.

Serving as a distraction to her own troubles, Charlotte finds herself drawn to the mysterious stranger for reasons she can’t quite put a finger on. As more time passes, she uncovers Lucas’s ancient past—and reveals some secrets of her own. 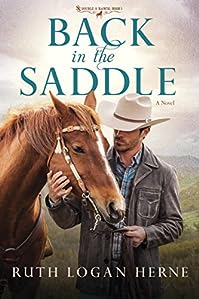 Back In The Saddle: A Novel

The Prodigal Is Coming Home

It’s been a long time since Colt Stafford shrugged off his cowboy legacy for shiny Manhattan loafers and a promising career on Wall Street. But when stock market manipulations leave him financially strapped, the oldest son of legendary rancher Sam Stafford decides to return to the sprawling Double S ranch in Gray’s Glen, Washington. He’s broke, but not broken, and it’s time to check in with his ailing father, and get his legs back under him by climbing into the saddle again.

He doesn’t expect to come home to a stranger pointing a loaded gun at his chest— a tough yet beautiful woman that Sam hired as the house manager. Colt senses there’s more to Angelina Morales than meets the eye and he’s determined to find out what she’s hiding…and why.

Colt’s return brings new challenges. Younger brother Nick has been Sam’s right-hand man at the ranch for years and isn’t thrilled at having Colt insert himself into Double S affairs. And the ranch’s contentious relationship with the citizens of Gray’s Glen asks all the Stafford men to examine their hearts about what it truly means to be a neighbor. And as Wall Street recovers, will Colt succumb to the call of the financial district’s wealth and power—or finally the courage to stay in the saddle for good? 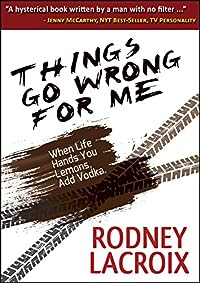 Things Go Wrong For Me

Think you’ve got it bad? You ain’t seen nothing yet.

Murphy’s Law, meet Rodney’s Law. If it can go wrong, it has already happened to Rodney Lacroix in the worst, most comedic way humanly possible. And you’ll find all of those stories right here, in full-color detail, right in this book.

Things Go Wrong For Me (when life hands you lemons, add vodka) is a memoir of sorts, a roadmap of Rodney Lacroix’s haywire life thus far. If you think you’re having a bad day, this book is a great reminder that it can always get worse. This is typically at Rodney Lacroix’s expense, sadly for him.

There’s no doubt, if you enjoy snorting milk through your nose, and you’re drinking milk right now … you’re going to love this book. 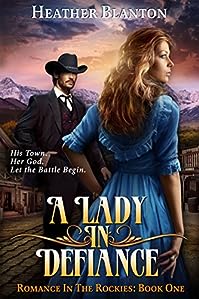 A Lady In Defiance

HIS TOWN. HER GOD. LET THE BATTLE BEGIN.

Charles McIntyre owns everything and everyone in the lawless, godless mining town of Defiance. When three good, Christian sisters from his beloved South show up stranded, alone, and offering to open a “nice” hotel, he is intrigued enough to let them stay…especially since he sees feisty middle sister Naomi as a possible conquest. But Naomi, angry with God for widowing her, wants no part of Defiance or the saloon-owning, prostitute-keeping Mr. McIntyre. It would seem however, that God has gone to elaborate lengths to bring them together. The question is, “Why?” Does God really have a plan for each and every life? 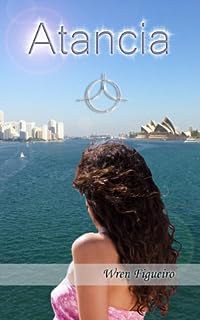 After watching a young boy die, college freshman Atancia Clark begins to have panic attacks. Her heart flutters, her breath catches, and she can’t control her emotions the way she always has. She wants to be strong, but lately she just hasn’t been living up to her own expectations. When she meets Ben Althaus, her breath starts catching for entirely different reasons. He helps Atancia discover the cause for her odd emotional reactions and the history she thought was lost when her mother left her.

Like Ben, Atancia is Durand, an immortal who survives by transferring energy from other living things. He wants to help her hone her emerging abilities, but her focus is threatened by life-altering events. Thrust into a culture she never knew existed, Atancia will have to decide whom she can trust with her secrets and with her life. 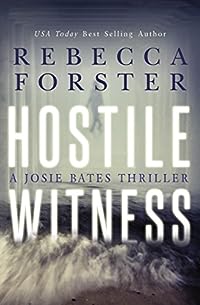 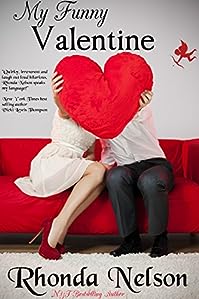 Young widow Bella Valentine isn’t looking for love in all the wrong places–she’s not looking for love at all. With a young son, an aging Victorian house in need of constant repair and a busy business keeping the women of Magnolia Grove, Mississippi groomed and in current fashion, she doesn’t have time for romance…until it literally arrives at her front door…in the form of Gray Cameron.

Bestselling mystery author Gray Cameron is in town researching his latest novel and needs a place to lay his head for a few months. Bella’s above-stairs apartment fits the bill excellently and the scenery–hers specifically–is nothing to sneeze at either. But when the sexy widow and her adorable son prove to be more interesting than his current novel, Gray knows he’s in trouble. And trouble has never felt so good… 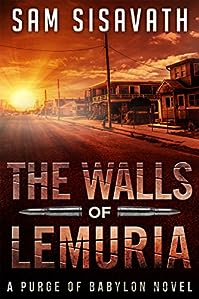 The Walls Of Lemuria

EVERY SURVIVOR HAS A STORY.

The Purge decimated the planet almost a year ago, leaving small bands of humanity scrambling to find sanctuary from the hordes of unkillable monsters that reside in the darkness.

Keo is one of the few who made it through that harrowing first night. Trapped in a small town in Louisiana, he finds himself joining forces with a group of strangers to make sense of what’s happening.

Like thousands of others around the globe at that exact moment, Keo and his new allies will discover that braving the creature-infested first night is only the beginning. Every day from that moment on will be a struggle, and every night will be a nightmare.

This is their story. 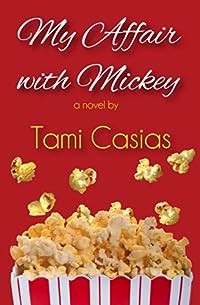 My Affair With Mickey

Mini discovers her husband is cheating minutes before winning the largest prize in the history of her beloved theme park. 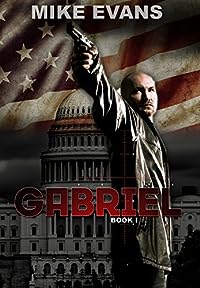 When terrorism strikes at the heart of America, the CIA blackmail Gabriel, the deadliest killer for hire they’ve ever trained, for one last job. Allah’s Hand is ready to unleash bio terrorism on the world, starting with the USA. Gabriel is a killer unlike others running a thin line between sane and not. Thank God each day you awake and there has not been a price placed upon your head.