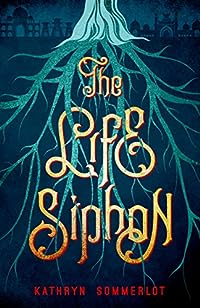 The kingdom of Runon has created the impossible: a magical energy source that siphons life from the nearby lands and feeds it back into Runon itself. On the edge of the forest lives a quiet ranger named Tatsu, who is watching the drain grow closer to his home country of Chayd.

Arrested for crimes against the crown, Tatsu is taken to the capital’s prison, where the queen offers him a deal. If he travels into Runon and steals the magical source that powers the drain, she will return his freedom. Caught in the unimaginable aftermath, Tatsu knows that the only hope is to stop the siphon before it swallows the world.

More and more, he finds himself at the mercy of the destruction the siphon leaves behind – and everything he has ever known will fall apart in the revelation of its horrifying truth. 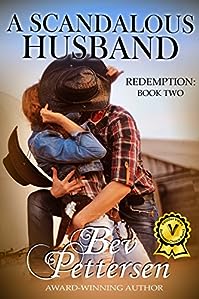 Dani lost the love of her life to an unjust prison sentence but is finally ready to move on. She has no idea her estranged husband is being released. Dex is determined to win her back…but will it be too little, too late?

It’s been two rough years since Dani Tattrie has seen her husband. She didn’t plan on running their California ranch by herself, but she’s scraped by. Now though, a string of bad luck has left her reeling and ready to sell. Training horses is still her dream job but she’s never recovered from her husband’s bewildering incarceration. And she doesn’t have the money or energy to continue alone.

Dex Tattrie has survived being locked up thanks to his biker gang relatives and a job working with horses at the prison farm. He didn’t expect to get out alive or to ever see his wife again. Yet as his parole date inches closer, he dares to believe redemption might be possible.

However, a conniving cop is lurking, ready to steal both Dani and the ranch at the slightest misstep. And Dex’s murky ties to a dead prostitute make it difficult to prove he’s still the man Dani married. 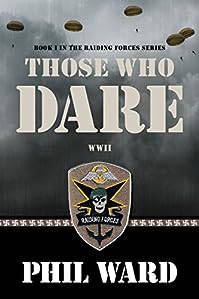 By May 1940, panzer divisions had decimated Belgium and reached Calais. Lieutenant John Randal of the U.S. 26th Cavalry Regiment volunteers his expertise to help slow their advance. What unfolds is a blend of military guerrilla tactics, suspense, humour, cultural and social commentary, and war buddy camaraderie – plus a little romance between the American GI and the widowed Lady Jane Seaborn. Along the way readers meet such colourful characters as Captain David Niven in MO-9 and Captain ‘Geronimo Joe’ McKoy with his Travelling Wild West Show and Shooting Emporium. 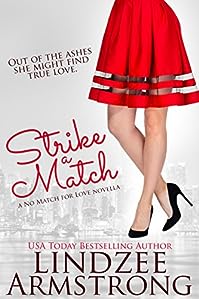 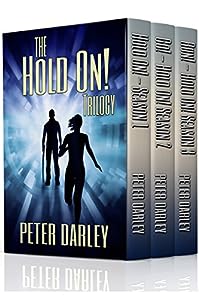 The Hold On! Trilogy

When corporate secretary, Belinda Reese, is rescued from an inferno by A.W.O.L. soldier, Brandon Drake, her life changes in a heartbeat. As their relationship grows, they find themselves running for their lives from a corrupt, governmental conspiracy. A nightmare is unleashed upon them as the police, assassins, and government agencies drive them into relentless perils. Brandon’s combat training and stolen weaponry are challenged to the limit in the face of overwhelming odds, with a devastating, reality-shaking discovery further hampering his plight.

Brandon Drake has escaped from Leavenworth, aided by a new player who has entered the game. Tyler Faraday is the heir to an empire—and Brandon’s long-lost brother.

Brandon is finally reunited with his lover, Belinda, but he is no longer the man she once knew. Haunted by memories of a life that never happened, he succumbs to the lure of alcohol.

They head for Nevada to find Brandon and Tyler’s sister, Emily; a nun who has recently absconded from her convent. However, they soon discover Emily has been kidnapped by a human trafficking kingpin called Sapphire.

Their mission to rescue Emily propels them headlong into conflicts with road hijackers, the police, the army, a rogue faction of Homeland Security, and merciless killers, with Brandon’s alcohol dependency placing them in further jeopardy.

The most explosive action in the series so far unfolds, as they search for the only one alive who knows Sapphire’s location—a former captive known only as Siren.

Brandon Drake is believed to be dead, but he awakens in a secret government complex, with the last four years of his life erased from his conscious mind. Only his true, malevolent self, The Scorpion, remains.

He is dispatched on an assassination mission, but the mission fails as he is struck down by a debilitating pain in his head.

Before long, he discovers he’s been duped, and a bloodbath ensues when he escapes from the complex. He learns of a woman named Belinda Reese and associates her with his terrible pain. To be strong enough to destroy those who betrayed him, he sets out to kill Belinda, leaving a trail of death and destruction in his wake.

However, a mysterious figure, who appears to him in the darkness wearing a black helmet, is the true cause of his pain: an adversary who identifies himself only—as The Interceptor. 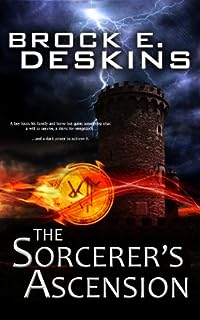 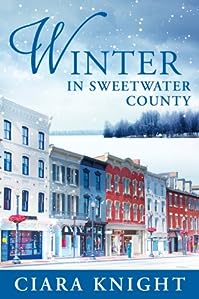 Lisa Mortan’s ideal life crumbles when her rich and powerful fiancé demands she ends an unwanted pregnancy. With no job or social support, she flees to a small town in hopes of finding a good family for her unborn baby, but instead finds a man who is as broken as she is.

Eric Gaylord returns to his home town for a respite after a tragic loss, but when his spitfire mother takes on an unknown woman as a business partner, he is forced to face the nightmare he’d left behind or risk losing the one woman who could heal his heart. 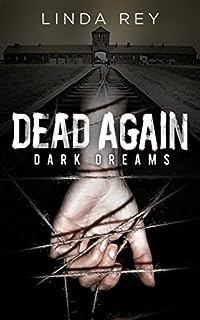 But the key to Joan’s recovery may lie in a final act of bravery – one that will require her to risk her life once again, and this time it just may be her last.