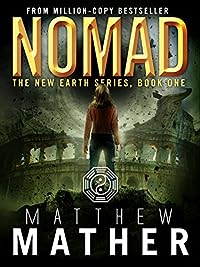 NASA discovers a mysterious object heading toward us. Humanity only has days to prepare. Can one family survive?

Something massive is coming…and it’s heading for Earth. That’s what astronomer Ben Rollins is told by NASA after being dragged out of bed in the middle of the night. His first instinct is to call his daughter, Jessica, who’s vacationing in Italy with his wife.

The world erupts into chaos as the end approaches, and Ben discovers his wife and daughter are trapped in Europe.

The key to Nomad’s mystery–and humanity’s ultimate survival–rests in the answers Ben pieces together from his old Cold War-era research papers, in the midst of a desperate scramble across continents to find his family before Nomad swallows the planet. 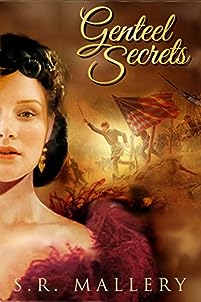 What do a well-bred Southern Belle and a Northern working class Pinkerton detective have in common? Espionage . . . and romance. At the start of the U.S. Civil War, while young men begin dying on American battlefields and slavery is headed toward its end, behind the scenes, female undercover work and Pinkerton intelligence are alive and well. But in the end, can this unlikely Romeo and Juliet couple’s love survive, or will they be just another casualty of war? 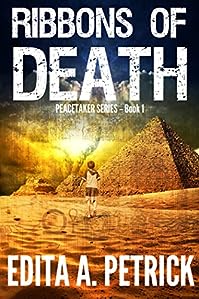 A career soldier who survived a deadly riot in Cairo, and a reclusive mythology expert from Montana, race against time to find the product of legends that’s cutting a bloody path across the continent.

One snowy evening, a stranger with a horribly scarred face stomps on the porch of Stella Hunter’s house, holding her latest book of myths and legends. He points to the bloody fingerprints of the book’s now deceased owner, marking a passage of the Peacetaker myth. When she asks how he came by the book, he tells her he took the controversial book from the lifeless hand of a traffic fatality in Cairo. And suddenly, Stella could swear that somewhere a clock started ticking down to doomsday. After all, the fate of humanity depends on whether she was right or wrong when she wrote her infamous book. 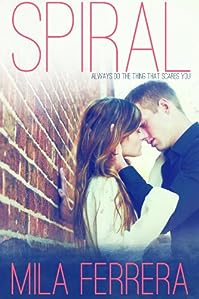 Nessa Cavanaugh, psychology student, knows how to stay on an even keel. Despite the urging of her mother and her academic advisor to get a life and have some fun, “all work and no play” sums up her plan to survive her grueling internship year at a children’s hospital. She doesn’t want to end up like her father, whose constant ups and downs broke her family, and avoiding unnecessary emotional entanglements is a must.

Then she (literally) runs into Dr. Aron Lindstrom in the middle of her disastrous first day on the job. The attraction is instant—and terrifying. Nessa knows she should stay away—especially when she finds out he has a reputation for being a player—but Aron is brilliant, intense, and as sexy as they come. When he challenges her to take a chance on him, her plans to stay focused on work start to crumble.

But what begins as passion takes on a dangerous edge, becoming an emotional roller coaster that’s frighteningly familiar. As things spiral out of control, Nessa must decide whether she should hold on for the ride or run … even if it means leaving her heart behind. 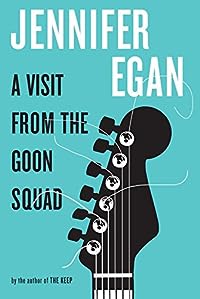 A Visit From The Goon Squad

Bennie is an aging former punk rocker and record executive. Sasha is the passionate, troubled young woman he employs. Here Jennifer Egan brilliantly reveals their pasts, along with the inner lives of a host of other characters whose paths intersect with theirs. With music pulsing on every page, A Visit from the Goon Squad is a startling, exhilarating novel of self-destruction and redemption. 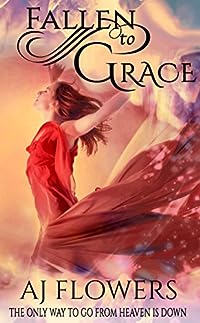 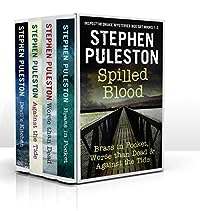 Every murder has a motive … every killer leaves a trace.

Good thing that Detective Inspector Drake is on the case …

Spilled Blood: Books 1-3 includes the first three novels Brass in Pocket, Worse than Dead and Against the Tide (plus a bonus prequel novella Devil’s Kitchen) in the captivating mystery series readers describe as “exceptional” and “lots of twists and turns”.

If you like clever plotting and engaging characters to keep you up late into the night then you will love Stephen Puleston’s bestselling series. 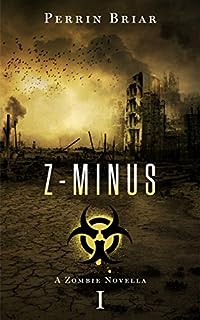 Once infected, the virus shuts down organs, kills nerve impulses and even reprograms the way we think. The virus becomes us.

But the process takes eight hours.

If you only had eight hours left to live, what would you do?

For Chris Smith, that decision has been made for him. He’s infected, and returns home to find the rest of his family undead or missing, save his youngest daughter Maisie. He’s never been much of a father, but can he make up for it now in the final few hours of his life and find somewhere safe for her to survive? 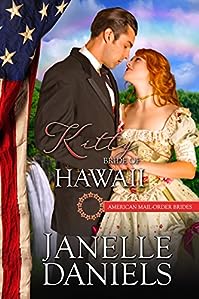 As the beloved illegitimate daughter of a billionaire railroad tycoon, Kitty Jones should have had a comfortable life. But soon after her father passes away, she is forced to go on the run when someone hired by her half-brother tries to kill her. While hiding in Lawrence, Massachusetts, working at a textile factory, the mill is torched by an unknown arsonist—with the workers still inside. Desperate for safety, Kitty accepts a position in a location where her brother will never find her: Hawaii.

Warren Castle, the owner of the Castle Sugar Plantation, has no intention of marrying for convenience, regardless of his company’s needs. But when he sets eyes on his foreman’s mail-order bride, he’s determined that she’ll marry no one but him.

After Kitty’s life is threatened, Warren convinces her to marry him for his protection, regardless of the consequences. But when someone unexpected turns against them, it’ll take everything in Warren’s power to keep her alive. 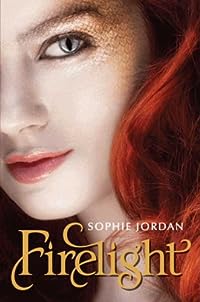 With her rare ability to breathe fire, Jacinda is special even among the draki—the descendants of dragons who can shift between human and dragon forms.

But when Jacinda’s rebelliousness forces her family to flee into the human world, she struggles to adapt, even as her draki spirit fades. The one thing that revives it is the gorgeous, elusive Will, whose family hunts her kind. Jacinda can’t resist getting closer to him, even though she knows she’s risking not only her life but the draki’s most closely guarded secret.

Mythical powers and breathtaking romance ignite in this story of a girl who defies all expectations and whose love crosses an ancient divide, from New York Times bestselling author Sophie Jordan. 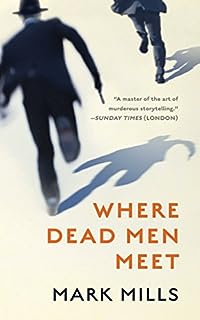 Paris, 1937. Luke Hamilton—a junior air intelligence officer at the British Embassy—finds himself the target of an assassination attempt. A clear case of mistaken identity—or so it first appears. As Luke is hunted across a continent sliding toward war, he comes to learn that the answers lie deep in a past that predates his abandonment as a baby on the steps of an orphanage twenty-five years ago.

From the author of the bestselling The Savage Garden, and set against a terrific backdrop of Europe on the cusp of the Second World War, this is a compelling novel, rich in adventure, espionage, secrets, and lies.