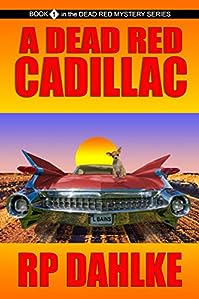 When Lalla Bains’ trophy red Caddy is discovered tail-fins up in a local lake, police ask why a widowed piano teacher, who couldn’t possibly see beyond the hood ornament, is found strapped in the driver’s seat.

As Lalla will soon discover, there’s a shocking link between the drowned woman, her beloved father and an escaped felon–all of which will tear apart her comfortable life and bring her family into the cross-hairs of a killer. 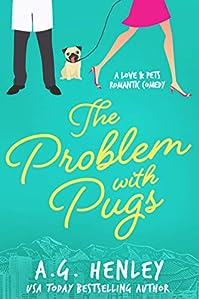 The Problem With Pugs

New love? Or her pug?

Amelia’s boyfriend Tim broke up with her three months, thirteen days, and eleven hours ago, but at least he left her their baby, Doug the pug. Doug eats Amelia’s underwear, mutilates furniture, and always poops in the middle of the sidewalk—but he only has eyes for her.

When Amelia reluctantly wades back into the dating pool, meets a new guy, and has to pay his medical bill after Doug launches a sneak attack on him, she realizes she has a problem. She’s determined to do everything she can to help her dog adjust to life without Tim, even recruiting handsome Travis, Doug’s new veterinarian, who’s willing to assist her at risk of life and limb. 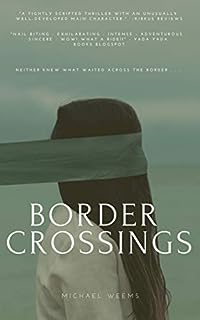 Two worlds collide when the corruption and crimes of one of Mexico’s most violent cartels spreads over the border. An American college student has been kidnapped in Cancun while on spring break. Private investigator Catherine James has been asked by the family to help find her, but when the evidence begins pointing to a violent gang and someone makes an attempt on Catherine’s life, she turns to the only man she knows she can trust . . . her former flame Matt, a war veteran with whom Catherine shares a complicated past.

Meanwhile, a young women from Mexico seeks a better life across the border. But she soon discovers the job and better life she was promised was all a lie and she becomes a victim of human trafficking. Escaping the cartel’s clutches but a witness to a murder, she is on the run for her life. 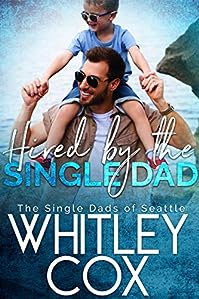 Hired By The Single Dad

Single Dad of Seattle Dr. Mark Herron can’t believe anyone would celebrate their divorce. The dissolution of his marriage left him and his son with a huge hole to fill in their home–and their hearts. So when he overhears a lovely stranger and her friends celebrating the end of her marriage, he’s mystified–and then intrigued–by her determination to put the past behind her. But when he learns that Tori Jones needs a job, he knows this can’t be a coincidence.

Tori might be telling the world nothing’s got her down, but the truth is she’s hit rock bottom. Her husband didn’t just cheat on her, he took all her money, including her college fund, which means her marriage is over, and so is her dream to go to grad school and help children with special needs. So when a handsome stranger offers her a job caring for his special needs son, she knows she can’t turn it down–

Even if what she’s feeling for Mark is far from professional. 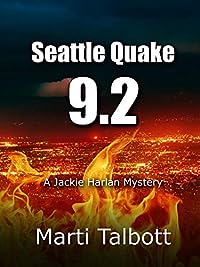 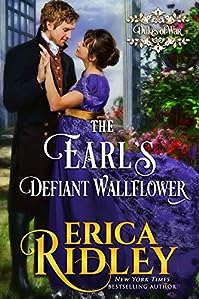 Oliver York returns from war to find his father dead, his finances in arrears, and himself the new Earl of Carlisle. If he doesn’t marry an heiress—and fast!—he and his tenants are going to be pitching tents down by the Thames. He definitely shouldn’t be trading kisses with a penniless debutante… no matter how captivating she is!

Miss Grace Halton is in England just long enough to satisfy the terms of her dowry. But a marriage of convenience isn’t as easy as she’d hoped. Back in America, her ailing mother needs medicine only Grace’s dowry can afford. Which means the dashing earl she can’t get out of her mind is the one man she can’t let into her heart. 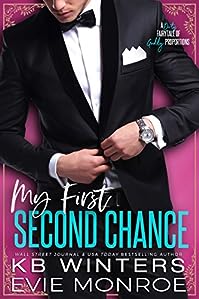 Never underestimate a man given a second chance. My first love, Meg. Sassy, smart, and seductive. My everything. At least until she was taken from me. Now she’s back and things have changed. Her lips are still hot, But now her heart is cold.

She sees me as a geek. A zero. All brains when she thinks she needs brawn. But I’m more than just the massive muscle between my . . . ears. I see behind the lies she tells, Know that she’s a damsel in distress. 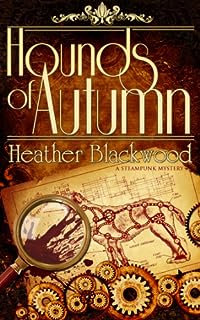 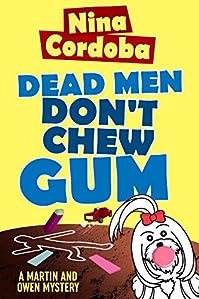 Rika Martin wasn’t in Bolo, Texas five minutes before she was run off the road, tripped over a dead body, then arrested for murder. And she’s not so sure about the lawyer who’s been assigned to her, even when he’s shirtless, wearing a cowboy hat, and holding an extra-long hose. (Okay, maybe then.)

All Nick Owen can think about is getting out of Bolo, a hometown he never should have returned to. Until he goes to pick up his best friend Gabe—the local judge—for a round of golf and is forced to represent a murder suspect. Gabe, of all people, knows Nick has sworn off murder trials after what happened last time. Unfortunately, he also knows Nick is a damn good trial lawyer. Even worse, this “Paprika Anise Martín”—if you can believe that—seems more determined to solve the murder case than to defend herself against it in court. 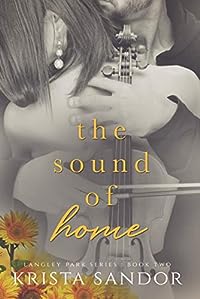 The Sound Of Home

Em MacCaslin isn’t an ordinary teenager. She’s a world-renowned violinist—until the night she endures a life-altering injury and loses the ability to play.

A night she can’t remember.

After twelve years of running from the past, she’s back in Langley Park, and she’s looking for answers. 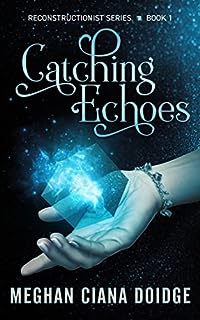 I preferred it when life came in tidy packages. When it didn’t — when something went awry — I was exceedingly skilled at packaging it back up. It was my job to do so after all. I was a reconstructionist. I collected the puzzle pieces, then I gave those pieces to an investigative team to sort out. I didn’t ask questions. I didn’t offer answers. I saw. I recorded. I moved on. I didn’t dwell or obsess. I didn’t hunt down suspects. I didn’t follow clues to find a killer. And I certainly didn’t work side by side with anyone. Least of all, a vampire who I strongly suspected might turn out to be the major missing component at the end of the trail. Then I saw something I couldn’t forget. It wasn’t the bloodiest thing I’d ever seen. It wasn’t even close. But it haunted me. I didn’t like being haunted.

And I couldn’t figure out how to get it out of my head. Someone was killing teenaged boys in the Pacific Northwest. Despite my misgivings, if I could help catch a killer, I had to at least try. 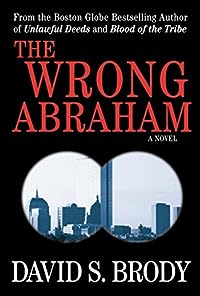 Shelby Baskin has it all—a successful law practice, a condo in the Back Bay, a fiancé who adores her. Then she receives a baffling letter from her rich Uncle Abraham, a Holocaust survivor: Only she, he mysteriously proclaims, can prevent a major terrorist attack on Boston.

Working with Homeland Security, Shelby and her fiancé, Bruce Arrujo, race through the streets of Boston, first attempting to stop a Hiroshima-sized Liquified Natural Gas tanker explosion in Boston Harbor, then fighting to prevent a deadly release of anthrax powder at Fenway Park. Yet the terrorists always seem to be one step ahead of them.