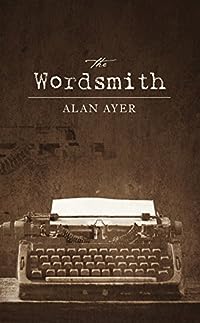 Walt Erickson is a famous author whose books are read by millions of adoring fans, but he has never written a word of his own novels. The secret behind his novels is the stuff of nightmares

With his agent, an associate, and a particularly unique typewriter by his side, Walt’s creative process is much more sinister and merciless than the average writer’s. The lengths to which one man will go to achieve fame and notoriety give a chilling glimpse into what humans are capable of, regardless of the moral consequences. 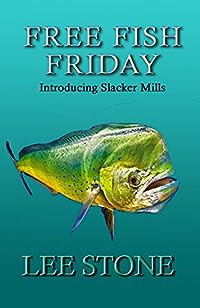 Slacker, a vagabond fisherman extraordinaire, had found his personal paradise in Key West, Florida.. With his trophies covering the walls of the Rusty Hook tavern, and his fresh catch comprising the free Friday menu there, he was respected as a local hero. In the rum-gilded view of vacationing ladies, he also enjoyed billing as the “Catch of the Night.”

When his close friend and benefactor is the victim of a violent death, Slacker’s fantasy world collapses. A murder investigation spawns shocking revelations that rock the peaceful town … and point to him as the prime suspect. 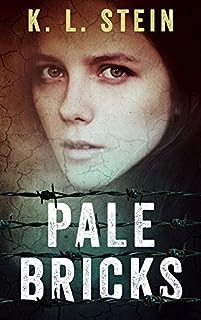 They said it was for our own good. They lied.

From the number sewn into her sleeve to the scraps of food in her rations, Simone’s days in the run-down protection camp have been dictated by the harsh, restrictive demands of the Colonel. Unfortunately, Simone doesn’t like following rules. A defiant break from camp brings her face to face with the ivory tower and the festering secrets of their dark history.

Faced with a forgotten past, a rippling effect of consequences from her disobedience, and a bleak future of mind-numbing factory work, Simone must decide—how much she is willing to give up for protection? 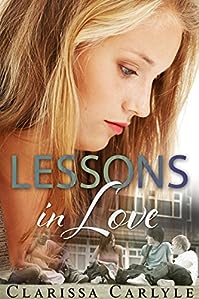 Alex Heron has more secrets than a cat has lives. Keeping up with the charade that’s her life is draining and her façade is cracking under the stress. She’s the American teen dream—blonde, blue-eyed and head cheerleader at her high school, but no one knows the real Alex…and she plans to keep it that way. The truth would make her an instant outcast. Enter Mark Simmons, the new math teacher. With a body to die for and a face that makes every girl swoon, Alex is no exception…until she realizes she opens up to him more than anyone else in her life. Even her best friend, Claire.

Mark knows his attraction to Alex is dangerous for both of them. He tries to tell himself he only wants to help her turn her grades and her life around. But the intense tutoring sessions only bring them closer. He can’t deny his feelings any more than Alex can. Though he hasn’t the strength to stop seeing Alex, he’s glad she does. They can only be teacher and student. No intimate dates. No long talks. No longing looks. And it’s killing him. But when she has the chance to go to Princeton, Mark realizes he must let her go…even if it breaks their hearts. 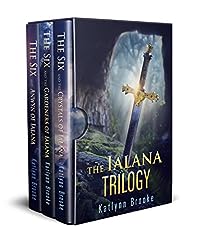 The Ialana Trilogy: The Six

In this roller-coaster fantasy adventure series, six diverse characters, three girls and three boys, between the ages of 15-21 embark on an epic quest to find a magical crystal lost 500 years in the past. What is their connection to this crystal? They must not only rediscover their past and survive a perilous journey over mountains infested with venomous mutant creatures, but they must also discover who the traitor is in their midst.

In the second book of the series, they continue their healing mission but are thwarted by a Galonese Warlord, and hunted by a deadly foe. Shape-shifters, mutant creatures, and a power struggle between the rulers of Ialana all work together to make this one of their most difficult challenges yet.

In the third book of the series, the Six and Anwyn, the daughter of two of the Six, must find and deactivate a weapon of mass destruction before Astrobal, the Demon-Lord of the Shadowlands finds it and uses it to destroy all life on Ialana. An old enemy in a new and even more deadly form arises, one who is able to match their enhanced abilities. 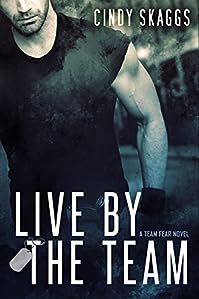 Live By The Team

SSgt. Ryder was born, bred, and enhanced as a warrior, but when he returns home to his new wife–exiled from the army along with the rest of his disgraced team–he faces mounting anger and paranoia. When a fellow soldier does the unthinkable, Ryder disappears to protect his wife, but his departure leaves a vacuum filled with danger. Can he save her or will he lose himself to the beast and destroy what matters most?

Lauren Ryder married thinking she had finally found stability until her new husband disappeared. He returns altered and secretive. Can she forgive him for crushing her dreams of picket fences and happily ever after? Will she survive what he has become?

Military trained, medically enhanced, designed to kill. The surviving members of Team Fear are out of the military and in a world of secrets, lies, and cover-ups. 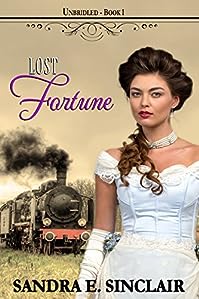 “What do you do when the world as you know it is ripped from under you, and everything you believed to be true no longer makes sense?”

Rilla travels across the pond to Boston, the place of her birth. After eight years away, she discovers her very existence has been a lie. The people she thought she knew, and those she loved, had kept secrets and lies that could bring scandal and shame if they are discovered. Everything she holds dear could be taken from her. Making matters worse, she is being hunted by a stranger whose sole purpose is to separate her from her inheritance, leaving her in ruin.

Left with no other choice, Rilla must flee for her very life.

Calvin Dalton has been sent by the Pinkerton Agency to recover a lost fortune. A chance meeting with a beautiful woman on the train into town left him breathless, and unable to get the exotic beauty out of his mind. He is delighted to discover they are staying at the same boardinghouse, even though he knows he has no time to become sweet on the girl. He’d been sent there to do a job, so he’d have to fall in love on his own time. However, when he agreed to take on the job, he had no idea where this journey would lead him, or the lives he’d ruin with his investigation. Calvin’s heart and his job were on a collision course of disaster.

What will happen when the mysterious woman he’d met on the train becomes his prime suspect? It appears his heart wasn’t the only thing she’d stolen. 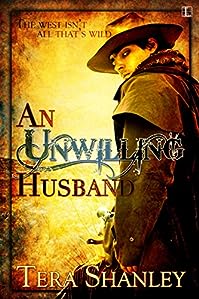 Will a child of Society have the backbone to love a tough, wild west cowboy?

For adventurous Margaret Flemming, arrived from Boston to be with her father, the Old West town of her childhood is a far cry from the drawing rooms and balls of the high society life she’s used to. Her fancy gowns and proper manners have no place in the dusty, cruel land inhabited by Indians and rough cowboys. And her fiercely independent streak constantly gets her in trouble. When tragedy strikes, there’s only one person she can turn to–her childhood friend, Garret Shaw–but he’s disgusted with her Society ways.

With his ranch under attack from the land-grabbing Jennings, the last thing Garret needs is to be saddled with a high-falutin’ lady. Even if she is his friend’s daughter and her kind ways tug at his hardened heart. Duty to her father forces them to wed, but he knows sure as anything, when the chance comes along, she’ll go back to Boston. No matter how much he wants her, loving her is not a risk he can take.

Will Maggie choose a life of luxury and ease over struggle and hardship with an ill-mannered cowboy? Only her heart can answer. 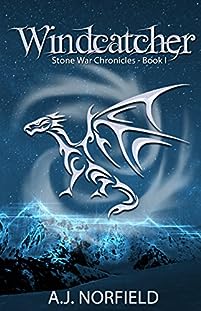 Windcatcher: Book I Of The Stone War Chronicles

Far away from home, under the command of his brother, Raylan and his squad must retrieve an ancient relic stolen from their kingdom’s trading partner—the Tiankong Empire.

Traveling deep into unknown enemy territory to complete their mission, Raylan learns that the ancient relic holds unexpected life; a creature buried in legends, one not seen in their world for more than two hundred years.

With their enemies closing in, Raylan and his friends search, desperately, for a safe way home. Danger lurks around every corner: Warriors larger than any man, predators stalking them through the night and soldiers determined to hunt them down. Leaving them all little choice, except to keep moving as they plot—and fight—their way back to those awaiting their return. 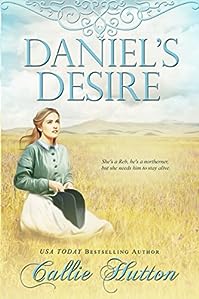 When Confederate soldier, Lt. Daniel McCoy makes his escape from a Union prison toward the end of the Civil War, his only thought is to get as far away from enemy territory as possible. But he doesn’t count on saving young widow Rosemarie Wilson’s life from an infected leg wound.

Rosemarie has no use for Rebels soldiers, having lost everything, including her husband, the last time they came to her home. However, Daniel has not only saved her life, but is sticking around to help with the farm and her three children until she recovers.

With Union soldiers searching for him, every day Daniel remains puts him in danger. Or is the beautiful widow who has captured his heart the greater risk? 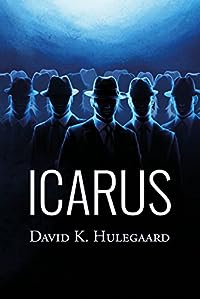 It’s the winter of 1947 in Ashley Falls, West Virginia, and a teenage girl has gone missing. Local private detective Miller Brinkman takes the case, quickly uncovering a string of bizarre clues. A hidden diary, cryptic riddles, and buried secrets all pique Miller’s interest, but one key detail gives him pause: the girl’s parents haven’t reported her disappearance to the authorities.

As the case deepens, Miller’s investigation begins to poke holes in the idyllic picture of his beloved hometown. No longer certain whether anyone in his community can be trusted, Miller dives headfirst into a desperate search for the truth that extends far beyond the borders of Ashley Falls. He soon discovers that his missing persons case is not an isolated incident, but part of an otherworldly mystery—one that, if confronted, may threaten the very future of humanity.