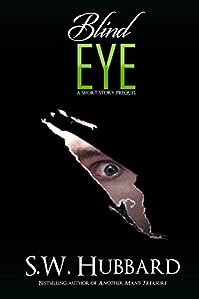 We see what we want to see, nothing more.

When detectives Coughlin and Holzer investigate the disappearance of a successful young businessman, they’re both impressed by his beautiful wife. Slender, curvy, delicate—Michelle Fanning is not the kind of woman a man would choose to leave. Soon, a gruesome discovery leads the detectives to believe they’re investigating a murder. Reeling from the collapse of his own marriage, Detective Coughlin sees Michelle Fanning as a suspect. Detective Holzer, fascinated by her gentle femininity, sees her as a victim. Which cop turns a blind eye to the truth? 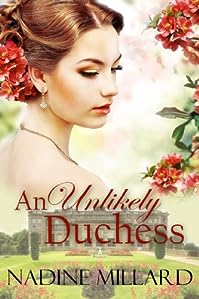 Edward Crawdon, Duke of Hartridge is being forced by his slightly overbearing, but loving mother to spend time with her old friends at their estate in Ireland. He is not aware but a contract exists between the two families that states Edward must marry their eldest daughter. On the day of his arrival Edward, who is yet to be made aware of the contract, meets Lady Rebecca, Caroline’s younger sister under very unusual circumstances. Edward cannot stop thinking about Lady Rebecca but she is completely unsuited to being a duchess. However, she becomes rather a toast of the Ton and Edward realises that he cannot stand idly by and watch Rebecca marry someone else. He cannot marry her but does not want her to marry anyone else! Ultimately, Edward must decide; will he admit his true feelings for Rebecca? Will he defy his responsibilities and duties, his idea of a “proper” duchess and follow his heart? 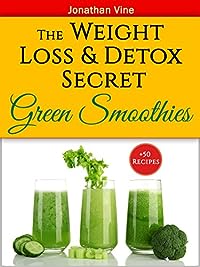 Let me introduce to you the newest fast food: the green smoothie. This mixture of sun ripened fruits and earth harvested vegetables can be made in seconds. You can say “Goodbye,” to the regret that normally comes along with eating fast food.

Green smoothies are nutritious, providing your body with vitamins, minerals, and anti-oxidants. Packed with nutrients used to fight diseases such as diabetes, cancer, and heart disease, you will begin to wonder why you have gone so long without enjoying green smoothies. 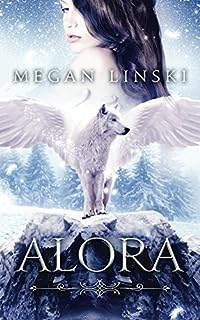 For hundreds of years, Alora has been queen. Ruling over the most remote regions of Michigan’s Upper Peninsula, she spends her summers riding upon a wild stallion, her winters as a winged wolf, never aging, forever at an eternal sixteen.

This is what it means to be an Anmortal.

Centuries pass until the arrival of something new in the woods, a small boy named August. Alora watches through the years as the child grows into a young man. Slowly she finds herself falling for him, unable to tame her wild heart. Madly in love, she ignores the fact that humans and Anmortals can never be together…a mortal cannot love a creature that lives forever.

Distracted by romance, Alora doesn’t notice that there is a monster lurking in the shadows, a hunter who is determined to make Alora his prize. With no time left to run and no way out, Alora is about to make the most challenging decision of her life. What’s more important…her true love, or her freedom? 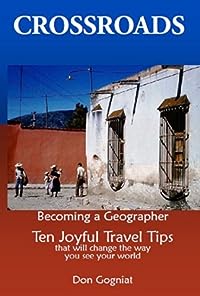 Crossroads: Becoming A Geographer, Ten Joyful Travel Tips That Will Change The Way You See The World

This “how to travel” book offers ten insightful tips for getting the most out of your life’s journeys. Visit remote destinations through its pages and photos, and learn how geography helps you better understand the places you visit. 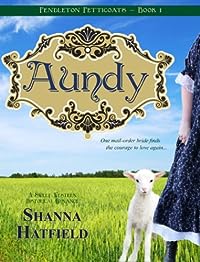 Desperate to better her situation, Aundy Thorsen agrees to leave behind her life in Chicago to fulfill a farmer’s request for a mail-order bride in Pendleton, Oregon. When a tragic accident leaves her a widow soon after becoming a wife, Aundy takes on the challenge of learning how to manage a farm, even if it means her stubborn determination to succeed upsets a few of the neighbors.

Born and raised at Nash’s Folly, the family ranch, Garrett Nash loves life in the bustling community of Pendleton as the 20th century approaches.

When his neighbor passes away and leaves behind a plucky widow, Garrett takes on the role of her protector and guardian. His admiration for her tenacious spirit soon turns to something more. He just needs to convince the strong-willed woman to give love another chance. 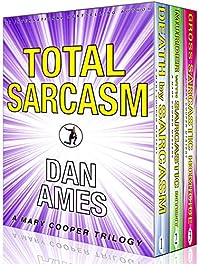 “Packed to the gills with non-stop action and a razor-sharp wit.” -Florida Times 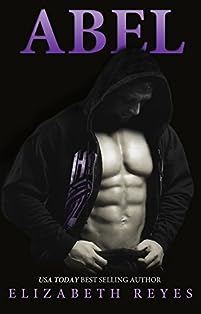 Coming off the worst divorce in the history of marriages, Nellie Gamboa’s looking to let loose and make up for years of neglect. When months of building sexual tension between her and the young hot boxing stud, Abel Ayala, finally peak, she makes him an offer no man would refuse.

Abel’s training for the biggest fight of his career. He has no time for a social life, much less a relationship. So this arrangement couldn’t be more perfect. A beautiful woman asking him to help her alleviate her neglected desires–no strings attached. What more can he ask for?

As the lines between lust and something much deeper, begin to blur, Abel finds himself in an even bigger fight.

The fight to regain control of his now demanding heart. 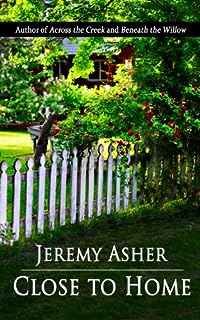 It’s been two years since Jesse and Sarah Malone found each other again, said “I do,” and began their happily ever after. They each have a successful business, two beautiful little girls, and a future better than they could have ever imagined. But all that changes when a stranger walks into Jesse’s office, presenting him with a proposal that will turn his family’s lives upside down and lead him deep into a world of darkness.

Nina Lamont, a partner in Jesse’s architectural design firm, has the dream job, along with a beautiful apartment in downtown Chicago. She has everything a woman her age could want, except for love. After spending the past few years focusing on her career, she’s ready to embark on that quest with Nolan, security specialist by day and musician by night. His good looks, musical voice, and obvious passion for her have Nina head over heels. But the more she falls in love, the more she discovers that she knows little about him, forcing her to make an impossible decision: Either trust in her heart or walk away from the only man she’s ever loved. What she doesn’t realize is that the only thing more dangerous than a broken heart could be Nolan’s secrets. 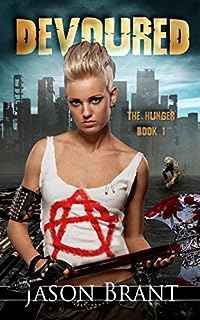 Life isn’t kind to Lance York. A full-time job has eluded him for years, his wife loathes the sight of him, his bank accounts are empty, and his wealthy father-in-law revels in his failures.

After he lunges in front of a car to save a sick and disoriented woman, Lance awakens in a quarantined hospital. A devastating plague is spreading worldwide, driving those infected with it insane. Their bodies begin to mutate into horrors that have haunted mankind’s nightmares for centuries.

The world descends into chaos as the infected flee to the shadows, emerging at night to devour the remnants of civilization.

With the help of an unlikely ally, Lance must navigate through the collapsing city of Pittsburgh, striving to escape the madness of the apocalypse that unfolds around them. 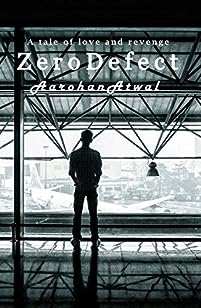 Zero Defect: Psycho Thriller With A Scent Of Romance, Bit Of Mystery Along With Adventure And… A Twist Ending

Life is chaos, trying to find meaning is meaningless 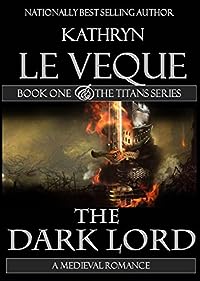 The year is 1180 A.D. and times are very dark. England is lawless for the most part and the people live in fear. Rising to power during this time is the vicious and brutal knight Ajax de Velt. His mission is to conquer a large stretch of the Scots and Welsh border, commandeering wealth and property along the way. He wants to be the most feared and powerful warlord in all of England, Wales and Scotland, and he is well on his way.

The last in a long line of dark and brutal warriors, Ajax is the most ruthless and ambitious knight in the Isles; even the heartiest warriors fear the man for his coldblooded tactics. More than that, his bloodlust, as well as his sheer skill with a blade, is legendary. But as Ajax and his army conquer the latest castle in his plans to secure the borders, he unexpectedly meets his match in a spitfire of a woman named Kellington Coleby.

Beautiful, intelligent and feisty, Lady Kellington refuses to surrender to the man as handsome as he is brutal. The warlord and the maiden go head to head in this unforgettable story of love, battle, devotion, fear and adventure. 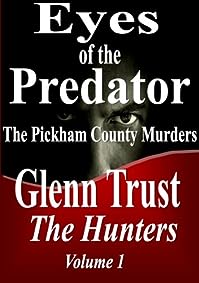 Eyes Of The Predator: The Pickham County Murders

Eyes scanning, searching, the predator sits motionless in a parking lot. His next victim is only feet away. Within hours a backwater south Georgia county will be rocked by two seemingly unrelated murders that signal the arrival of a serial killer in the rural southland.

Hunting the killer and preventing the next brutal murder falls to a plainspoken country deputy and two agents of the Georgia Bureau of Investigation (GBI). The chase leads north from the swamps along the Florida line to the foothills of the Appalachians. 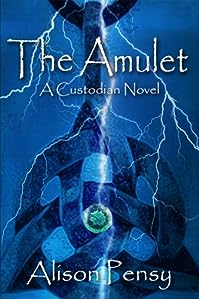 A letter from the grave reveals her true identity the day of her eighteenth birthday. But she barely has time to digest the revelation when she is plunged into a fight for her life and that of mankind. 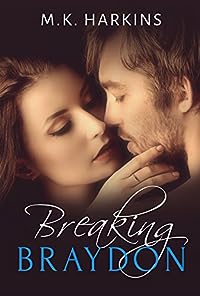 Playboy billionaire Braydon Decker changes women more often than designer ties. Scarred and humiliated as a teenager, he pledged long ago to never trust a beautiful woman again. But then he never imagined meeting one quite like Jain Parker.

Hearts are broken and trust is shattered when betrayal and lies are revealed. Will the truth bring them healing and forgiveness, or will it be too late?