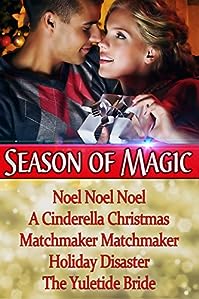 Hopes and wishes. And holiday kisses…the Season of Magic.
Wrap yourself in the holiday spirit with five romantic stories filled with fun and forever after.

Noel Noel Noel by Merry Holly
Dumped and lonely, is it possible to find love at the local mall? Noelle thinks not, but a chance encounter with Chase Clayborne while Christmas shopping has her rethinking her rigid set of rules, as sparks flare between them.

Matchmaker Matchmaker by Bobbi Lerman
With Chanukah around the corner, is there enough magic left for a matchmaker to bring Molly’s cynical heart back to life.

Holiday Disaster by Vicki Batman
The week before Christmas and all is in disarray when a librarian experiences horrible plumbing issues and a Mr. Maintenance Man who isn’t nearly as jolly as Santa Clause. This Christmas is a disaster.

Yuletide Bride by Gerri Brousseau
The Dowager Duchess’s decree that her grandson must marry before Twelfth Night or relinquish his title and fortune sends him into a tail spin. Without any prospects and with only two weeks until Christmas will Stuart Nelson find himself destitute or will he find The Yuletide Bride. 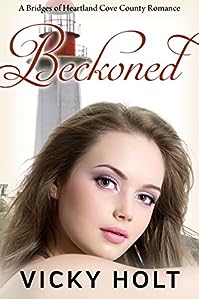 Sandrine Crossman, former Sergeant First Class in the Canadian Coast Guard, has a couple little problems. The first one is Mayor Jeffries. The villain wants to get Cove Light in his evil clutches so he can turn it into a tourist trap. She won’t let him win, come hell or high tide. The lighthouse has been in her family for generations.

The second problem is a lot less straightforward, in a tall, muscular and unforgettable way. Unfortunately, the so-called Charles is, well, forgetful. Once Sandrine rescues him from the storm, she realizes he has amnesia. He doesn’t know who he is, where he came from, or where he’s going. She’d like to wash her hands of this hunky landlubber, but then again, maybe he could help her out with the mayor. Especially when mysterious vandalism and physical danger turn into real threats.

Sandrine knows how to deal with touchy motors, perilous weather, and even the mayor. But where matters of the heart are concerned, she tends to flounder. In moments of emotional distress, she turns to her pen-pal, Zeb. But he’s thousands of miles away, and some problems require a more personal touch. Maybe Charles could help with that too. If only he could remember who he was, and if only Sandrine could forget. Because there’s a reason she won’t get too close, and the memories threaten to drown her in a sorrow so deep, her only choices are to sink or swim. And right now? She’s treading water. 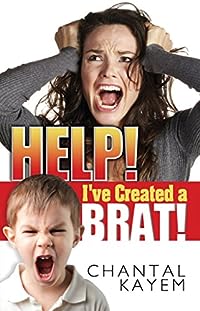 Most parents of spoiled children never intended for it to happen; however, despite loving parents’ best intentions and sincere efforts to teach their children good values, their children unwittingly act spoiled. Although the path to turning around your child’s spoiled or difficult behaviors is not an easy one, it is however possible. Yes, you absolutely can turn around your child’s spoiled behaviors!

Teaching parents the benefits of effective strategies for unspoiling children, this remarkable new guide demonstrates how to prevent and turn around children’s repeated spoiled, difficult or problem behaviors. Arguing against overindulgence and taking the easy path of giving in and avoiding conflict, this useful, hands-on resource teaches parents and caregivers to recognize, manage and prevent children’s spoiled behavior patterns and offers clear advice for managing difficult situations with children through consistent and effective discipline techniques.

An informative guide for parents of young children to pre-adolescence, this easy-to-read, practical manual provides parents around the world with clear answers on the best ways to raise unspoiled children. 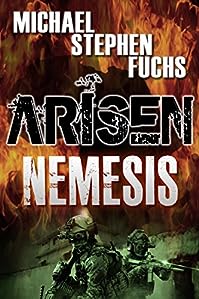 Between the fall of man and the arrival of the JFK, the Horn of Africa is a battleground.
Salvation. Vengeance. Vanity.
NEMESIS 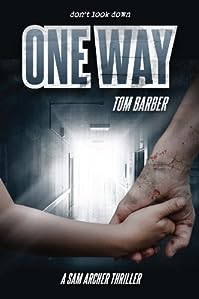 Two men are crossing the street in front of him, heading quickly towards a group climbing into a car. Both men are armed with pistols.

And all hell breaks loose.

Shouting a warning and racing to their aid, a ferocious gunfight erupts, shattering the peaceful afternoon. Archer and the group are forced to flee uptown in the strangers’ vehicle, their ambushers giving chase. With their tyres blown out and the car crashing, the group have no choice but to take refuge in a Harlem tenement block, situated in one of the most dangerous areas in the city. Their ambushers are right on their heels and seal off the building, preventing the NYPD from getting close as they start to arrive.

Archer and the others are trapped in the building with their attackers.

Hiding out with the group from the car in an apartment upstairs, Archer starts to piece together the situation. The people he’s with are US Marshals, protecting a witness, a seven year old girl. Clearly, someone out there is desperate to kill her.

But as they barricade themselves in and wait for back-up, none of them realise the full extent of the danger they are in.

Others are on their way to the building, ruthless trained killers who won’t leave until the girl is dead. As the scores of NYPD and Marshals on the street desperately try to figure out how they can get to their people inside, Archer and the Marshals must fight to stay alive against increasingly hopeless odds, running out of ammunition, chances and time.

Unarmed and totally unprepared, Archer is thrown back into the fray; either kill or be killed. As they encounter the enemy, suffer casualties and Archer learns who this child witness really is, two things become abundantly clear.

There’s only one way in or out of the building.

And it appears there’s only one way this can end. 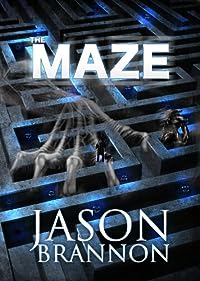 A near death experience transports Jamie Burroughs into The Maze, a realm every bit as peculiar as Lewis Caroll’s Wonderland, yet engineered with the moral intent of C.S. Lewis’ Narnia. Built by angels and demons and filled with traps and riddles, The Maze gives whoever enters a face-to-face encounter with their sins.

For Jamie, The Maze becomes a terrifying journey through a world of darkness where the lives of those he loves hangs in the balance. With his family in danger and his soul in peril, Jamie is forced to reevaluate the kind of man he is … and the man he may yet become. 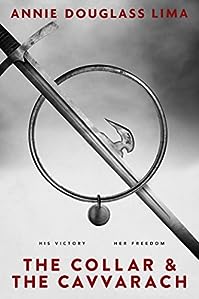 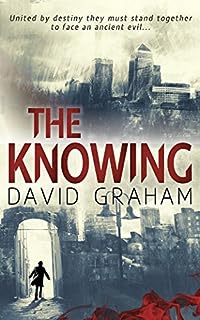 The Knowing: A Thrilling Horror Fantasy

United by destiny, they must stand together to face an ancient evil…..

Ceri Edwards and two school friends lift the lid on an ancient book of recipes belonging to Betty Williams, a volunteer at the local hospital in Pontypridd, South Wales. Two Kansas City cops step off a flight at London Heathrow and one of them falls to the ground with a painful conviction that there’s something evil in the air.

United in their destinies, Ceri and the police officers are drawn into a world where prophecies are pitted against invisible forces planning to raze London to the ground and bring down the Royal Family.

It all rests with Dai Williams, recently knighted MI5 agent and reluctant hero, to bring some order to the improbable events and to ensure that afternoon tea at The Ritz continues for another hundred years. 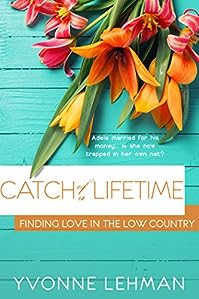 From an early age, Adella believed that love brings only pain. First her mother dies, and Adella struggles to deal with her grief and care for her younger sisters. When the young girls decide they don’t need Adella anymore, she concludes she can’t trust anyone but herself. With few options, she determines she will use her good looks and intelligence to catch a handsome, wealthy man who can give her the security she craves.

Derek Goodson appears to be the man of her dreams, and at first their marriage is wonderful. After a few years, however, Adella discovers a restlessness that nothing seems to satisfy. She is bored with exclusive parties, clothing, and vacations. When introduced to a handsome stranger, she wonders if he is the answer to her secret longings.

Adele must face some tough choices, along with a tender tug on her soul. She married Derek for his money. Why can’t she love him for it? 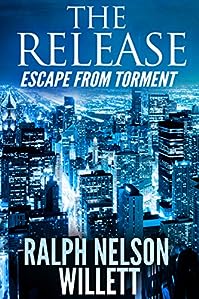 The Release: Escape From Torment

After a lifetime of abuse, Carrie Rhodes escapes but now must hide from her ex-boyfriend and the gang that wants her dead. On the run and just two hours from her greatest fears in Chicago, her car breaks down. With no hope left, she resigns herself to her inevitable death.

But hope returns in the form of an extraordinary man with dark secrets and an unusual occupation. For the first time, Carrie finds herself as part of an extended family where love is unconditional and freely given.

However evil refuses to let her go and darkness rages in many forms. Still, Carrie refuses the light that is shining in her life. Can God’s love, shown through flawed people, be the path of escape from generations of torment? 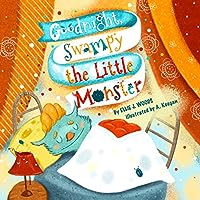 Swampy the Little Monster should be getting ready for bed, but his Mommy cannot find him. The thing is that Swampy hates bedtime which becomes a little battle every day. Monster Mommy wants him to take a bath, brush his teeth, and get into his nice new bug pattern pajamas.