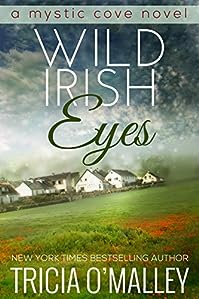 Oh, to stop the voices in her head.

Other people’s voices, that is. As a pub owner with an extra special gift, all Cait Gallagher craves is a moment of silence. That, and to own the building her pub is housed in along with the heart of the building’s landlord, Shane MacAuliffe. Though she is irresistibly drawn to Shane, her vulnerabilities cause her to put up a tough exterior. When the two butt heads, more than sparks fly, and Cait finds herself trembling on the precipice of love.

Shane has watched Cait for years. Stubborn, beautiful, and with a trim body that he is dying to get his hands on, Cait is it for him. And yet, she continues to infuriate him by walking away from his kiss. Every time. At his wits’ end, Shane doesn’t know what to do to make Cait his own. 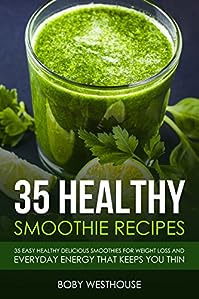 Have you been trying to lose weight for years with little or no success? Are you on the verge of giving up on the idea of ever shedding those unwanted pounds?

Smoothies are delicious, but also extremely beneficial to our health, energy, and overall wellbeing. 35 Healthy Smoothie Recipes is designed and written to provide everyday busy people with recipes that will transform their overall energy and zest for life. Whether you’re seeking to lose weight or maintain that youthful glow, 35 Healthy Smoothie Recipes is packed with gorgeous and mouth-watering recipes that are sure to please even the pickiest of eaters. 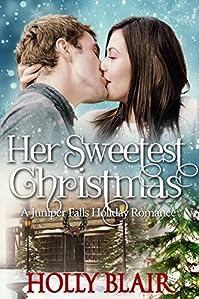 Natalie LeClair will never forget the kiss she shared with Cooper King three years ago. Too bad he’s the enemy, back in her life to buy her grandmother’s chocolate company right from under her nose.

Cooper King will stop at nothing to acquire LeClair’s Chocolate Shop and its famed recipe. There’s only one wrinkle. Natalie is standing in his way, and he wants nothing more than to rekindle their romance. Cooper longs to return to just business as usual, but Natalie may be the sweetest distraction he’s ever imagined. 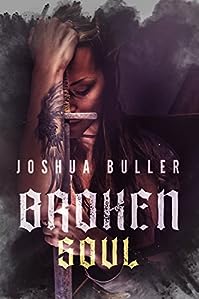 After being a slave for longer she can remember, Micasa escapes with her new friend, Hawke Morau. Soon after, she learns that Hawke’s soul has been broken into fragments, each of which holds a different power from his past.

After the two embark on a quest to recover the pieces of Hawke’s soul, Micasa learns of the mysterious essence that infuses all life – and grants its wielder powers that stretch far beyond the mortal realm.

As Micasa discovers the truth about the world they live in, she also finds out that there is a lot more to it – and Hawke – than she ever realized. 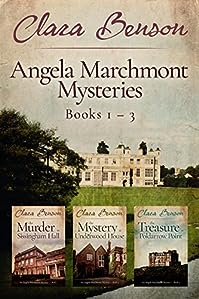 On his return from South Africa, Charles Knox is invited to spend the weekend at the country home of Sir Neville Strickland, whose beautiful wife Rosamund was once Knox’s fiancée. But in the dead of night Sir Neville is murdered. Who did it? As suspicion falls on each of the house guests in turn, Knox finds himself faced with deception and betrayal on all sides, and only the enigmatic Angela Marchmont seems to offer a solution to the mystery. This 1920s whodunit will delight all fans of traditional country house murder stories. 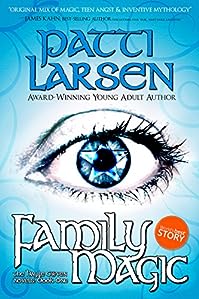 I batted at the curl of smoke drifting off the tip of my candle and tried not to sneeze. My heavy velvet cloak fell in oppressive, suffocating folds in the closed space of the ceremony chamber, the cowl trapping the annoying bits of puff I missed. I hated the way my eyes burned and teared, an almost constant distraction. Not that I didn’t welcome the distraction, to be honest. Anything to take my mind from what went on around me.

Being part of a demon raising is way less exciting than it sounds.

Sydlynn Hayle’s teen life couldn’t be more complicated. Trying to please her coven is all a fantasy while the adventure of starting over in a new town and fending off a bully cheerleader who hates her are just the beginning of her troubles. What to do when delicious football hero Brad Peters–boyfriend of her cheer nemesis–shows interest? If only the darkly yummy witch, Quaid Moromond, didn’t make it so difficult for her to focus on fitting in with the normal kids despite her paranormal, witchcraft laced home life. Add to that her crazy grandmother’s constant escapes driving her family to the brink and Syd’s between a rock and a coven site. Forced to take on power she doesn’t want to protect a coven who blames her for everything, only she can save her family’s magic. 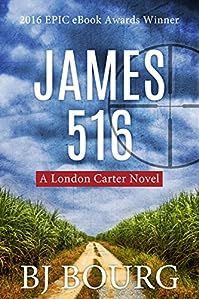 Could a deep and dark secret be behind the sniper-style killing of a sheriff’s office captain, or is it simply the work of a madman with a rifle? Whatever the case, the killer is taunting the cops with a mysterious message, and Police Sniper London Carter is determined to decipher the message and capture the murderer. Will London solve the mystery in time, or will more officers die before he can bring the killer to justice? 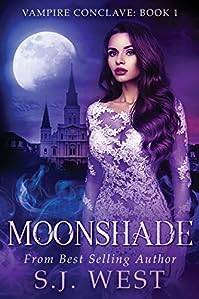 When a handsome stranger whispers these three little words to Sarah Marcel, she knows her life is forever changed.

For two weeks straight, Sarah’s been unable to eat, sleep, or even form a coherent thought properly. She fears she’s losing her mind until a chance encounter brings a man into her life who seems to hold the key to solving her problems. With a single touch, he’s able to ease her troubled soul and bring her some much-needed peace. Yet, just as Sarah believes she’s found the solution to her dilemma, he disappears. 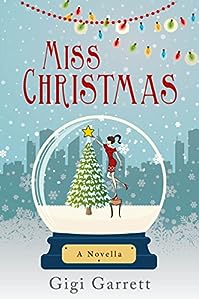 Next to Santa Claus, Holly Kuhn has one of the most important Christmas jobs out there. She’s the Director of Horticulture at Rockefeller Center, which means she’s in charge of finding the biggest and most perfect Norway spruce and transporting it to Manhattan. When she stumbles upon The Tree of her dreams on an idyllic Massachusetts dairy farm, Miss Christmas—as she’s called—is on seventh heaven. That is, until she meets the farm’s owner, handsome Sam McCary, and discovers he doesn’t share her holiday spirit.

Will Holly be able to convince him to share his tree with the world? Or will workaholic Holly learn that sometimes there’s something even more important than tinsel-trapped success? 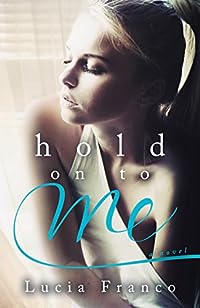 Hold On To Me

He’s a sweet talking Georgia boy, rough around the edges with an irresistible smile. John sets his sights on the new girl, determined to show her what his small town is about. But she isn’t as accepting as he thought and she rejects him at every turn.

The beauty and boldness of Alyssa Winters stirs John’s blood. She quickly works her way under his skin and becomes a constant in his life – his best friend, his other half. As the attraction between the two friends grows, John wants more. 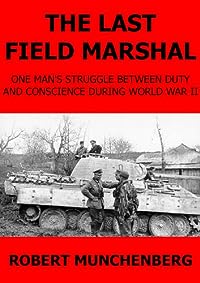 This epic story, set between the years 1918 and 1945, follows the life and times of a German officer and his family through both peace and war. Following the ascension of the Nazi Party to power in 1933 he gets caught up in the heady days of Germany’s secret rearmament and the development of its panzer forces. When war breaks out he quickly achieves promotion and decoration for his exploits on the battlefield. But his rise in the ranks of the German Army exposes him to the crimes being committed by his country. As the war continues his devotion to duty and personal ambitions conflict more and more with his conscience. 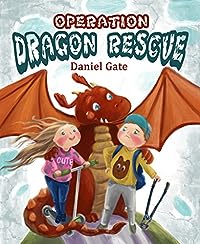 Little children spend a lot of time with their gadgets. Their parents spend a lot of time hard at work. The incredible encounters with the little dragon will change their lives!
Our heroes will have a dangerous adventure to rescue dragons from captivity.

Children will remember how fun it is to play with their parents, and their parents will understand that their children need them. 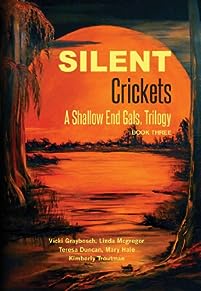 Trilogy needs to be read in book order: FBI Agents Roger Dance and Paul Casey race against time to trap ruthless opponents committed to destroying anyone who gets in their way. The FBI team and the angels are pushed to their limits as they realize powerful forces have weaved a diabolical plan using New Orleans as a test city. Roger tugs at every loose thread of the design’s plan, exposing unthinkable plots from deadly enemies. The raspy, haunting words of an old, blind man prove true. “Big cities be brutal. Take unsuspectin’ souls and eat ‘em alive. Nawlens, don’t even chew.” 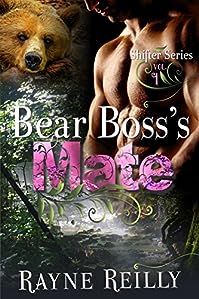 Marcy Wright hopes her new job at Bear Bones Construction will provide a fresh start and help her leave the past behind. Her plan to keep her love life and work life separate becomes difficult when the sexy company CEO, Austin Morgan, takes an interest in her and makes her blood sizzle.

Despite being successful, handsome and rich, bear shifter Austin Morgan knows something is missing. When his business partner Bern hires a curvy and attractive accountant, he realizes what he’s been longing for: his perfect mate.
With obstacles in the way and trouble brewing, can he convince Marcy that she’s his sole desire? Or will she insist on staying in her comfort zone of being alone, and thus, put herself in unwitting danger when her past comes roaring back?