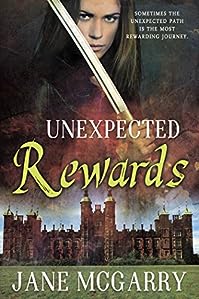 Olivia Davenport is looking forward to her future. After all, Prince Liam has pro-fessed his love and King William has promised her a reward for her role on a recent mis-sion. She fully expects to continue her knightly training while enjoying a blossoming ro-mance with her Prince. The King, however, has other ideas, appointing her as a lady-in-waiting to Queen Helen.

Thrust into unfamiliar territory and left to fend against the malicious women of court, Olivia feels awkward and confused. With the help of her new friend, Kat, and her sister, Anne, she tries to find her footing among the courtiers, their protocol, and the added complication of Jocelyn Crawford, a lady who has her eyes set on becoming Liam’s bride.

When, a disturbing prophecy puts the safety of the King in question, fear spreads through kingdom. Intrigue abounds at the palace with an enigmatic witch and a strict Friar at the center of the controversy. Olivia must use her training and instincts to unravel what is truly going on in order to protect the King. Through it all, she questions if she will ever be able to fit into Liam’s lifestyle or if their relationship is not meant to be. 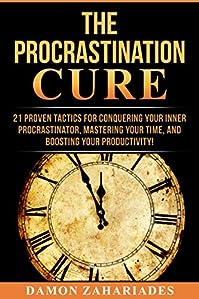 Learn How To Take Quick Action, Make Fast Decisions, And Get More Done In Less Time!

Do you regularly procrastinate? Do you often struggle to get started on important projects? Do you allow tasks to pile up until they make you feel stressed and overwhelmed?

If so, there’s a simple solution: THE PROCRASTINATION CURE.

Imagine looking at your to-do list and immediately tackling, completing, and crossing off tasks. Imagine making quick decisions regarding which projects receive your immediate attention. Imagine finishing your work each day with hours to spare! 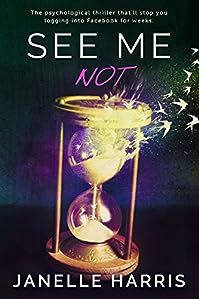 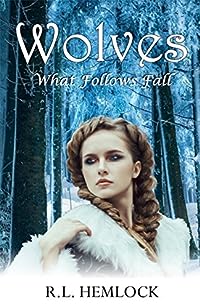 Orphaned by her father’s death, Victoria finds herself taken in by her estranged uncle, moving her far from the familiarity of England to the quiet countryside of Norway. This was her father’s childhood home, a home riddled with long forgotten memories and a mysterious history just waiting to be unraveled, but at what cost?

Upon Victoria’s arrival to Lovik Manor she is faced with the challenge of learning the language. Her world has already been turned upside down, but news of past and present murders are not far behind. Surrounded by superstition and fables, most people stay out of the Innerdalen woods, but curiosity gets the better of all of us sooner or later. 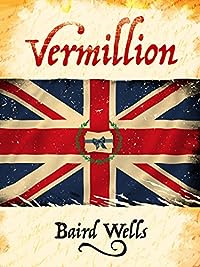 For three years, American doctor Kate Foster has been entrenched among a British regiment, treating wounds and happily ignoring laws forbidding the practice of medicine by women. The sudden illness of her sponsor, the regiment’s doctor, threatens her position and Kate finds herself at the mercy of an unscrupulous physician’s aide.

Newly arrived General Matthew Webb might be her only hope for reprieve, but he has no time for Kate’s interruptions. Napoleon is on the horizon, and his neglected regiment should consume his every waking moment. Kate’s stubborn streak threatens his orderly existence and he is hard pressed to ignore the distraction.

Forming an uneasy alliance that blossoms on and off the field, the pair find themselves with a very different sort of fight on their hands. A dark turn within the camp and a shadow of impending battle conspire to throw Matthew and Kate to the mercy of a consuming attraction. 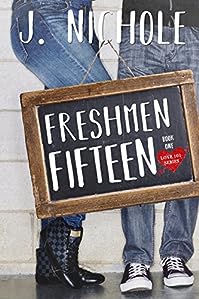 ​”Hello, my name is Chris.” Would have been a perfect way for Chris to introduce himself to Laila at the frat party, but no instead he danced up her leg. Although Laila was attracted to Chris, was he someone she wanted to be involved with? He’s a senior and she’s a freshman. Is she just naive, and should she ignore him at all cost? Or should she explore this thing with Chris? 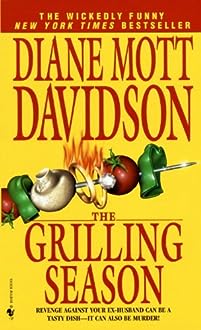 Caterer Goldy Schulz has been hired to host a hockey party. But the proceedings won’t be all fun and games. Unfortunately, her client won’t be satisfied until Goldy adds a hefty serving of revenge.

An ex-husband from hell….

Patricia McCracken is certain that her obstetrician and her penny-pinching HMO are responsible for the loss of her baby. Now she is suing both, and she wants Goldy’s advice on coming out on top. For Dr. John Richard Korman, aka the Jerk, is none other than Goldy’s abusive ex-husband. Goldy knows all about John Richard’s secret life–but even she is shocked when he’s arrested for the murder of his latest girlfriend.

As much as Goldy would like to see her ex get his just desserts, could he really be a killer? Soon she will find herself sifting through a spicy mix of sizzling gossip for clues to a mystery that threatens her catering deadline, her relationship with her son and new husband… and even her life. 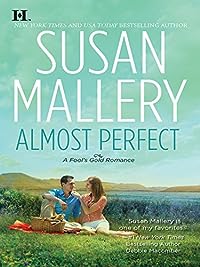 Back in high school, Liz Sutton was the girl from the wrong side of the tracks. Then she’d stolen the heart of the most popular boy in town, and their secret romance helped her through the worst of times. Until Ethan Hendrix betrayed her and everything they’d ever meant to each other. Devastated and pregnant, Liz left Fool’s Gold, California—forever, she thought….

Now Liz must return to town and face the man who doesn’t know of their son’s existence. And this time she won’t have the option of making a quick getaway. Ethan and Liz can’t deny their passionate attraction, even after all these years. But will their desire be enough to spark a second chance at love? 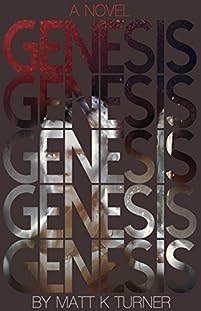 Are you human? How can you know for sure…

Tech icon Aiden Markusson has it all–the lake house, the luxury car, the fastest growing company in Seattle, and the love of his life wearing his engagement ring. But his perfect life comes apart at the seams when he begins to experience blinding headaches, sensory distortions, and strange bursts of physical strength. His growing paranoia and need for answers lead him down a rabbit hole of bio-engineering and corporate conspiracy until he realizes he’s not losing him mind. It’s worse than that.

Genesis is a mind-bending thrill ride through the near future where Aiden’s hunt for the truth plunges him into a world of ruthless mercenaries, hacker enclaves, and the bleeding edge of body modification. Faced with the possibility he’s not even human, Aiden must learn to harness his newfound abilities in time to save the woman he loves, an entirely new form of life, and the future of the human race.