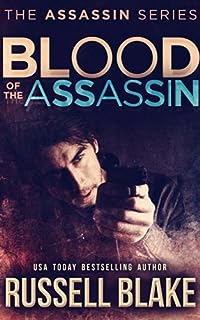 Blood Of The Assassin:

A German hit man has targeted a world leader for execution. In a high octane race against the clock, an unlikely alliance must track and stop the assassin before he can carry out his unthinkable scheme. 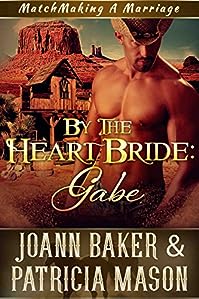 By The Heart Bride: Gabe

Gabe Anderson had the reputation as a love ‘em and leave ‘em cowboy. One who couldn’t—wouldn’t—commit. What he hadn’t told anyone was that he’d loved once, and been left. He’d committed once, and been burned. Wild horses couldn’t drag him down that road again. Could they? The reappearance of the woman who’d trampled his emotions had him wondering if a second chance at love wasn’t just what the doctor ordered.

Doctor Amelia Murphy thought she knew what she was doing when she moved to Devil’s Spur. But the small town had a few surprises—like the cowboy responsible for breaking her heart ten years ago. She thought she’d put the past behind her, but one look at Gabe Anderson’s handsome face told Amelia that he still held her broken heart in the palm of his calloused hands.

Can two stubborn souls overcome the misunderstandings of the past and find a future…by the heart? 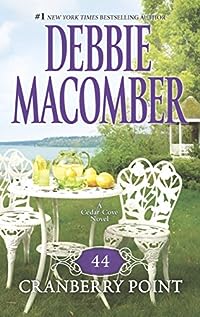 Jack and I are just back from our honeymoon, and I’m eager to catch up with my friends Bob and Peggy Beldon, who run the Thyme and Tide bed-and-breakfast at 44 Cranberry Point. It’s a popular place but (needless to say!) things haven’t been the same since a man died there. Turns out his name was Max Russell, and Bob had known him briefly in Vietnam. Nobody has any idea why he showed up or—most important of all—who killed him. Because it now appears that he was poisoned. I sure hope, especially for Bob and Peggy’s sake, that somebody figures it out soon!

Not that they’re providing the only news in Cedar Cove these days. Romance seems to be everywhere among my family and friends. I’m pleased to report that Grace Sherman has more than her share of interested men. Her daughter Maryellen is getting married to Jon Bowman. And my mother, Charlotte, seems to have a man in her life, too. I’m not sure how I feel about that yet….

There’s lots of other gossip I could tell you. Join me at Peggy’s place for a cup of tea and one of her fabulous blueberry muffins and we’ll talk. 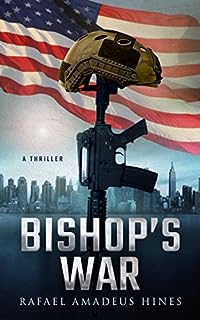 Special Forces Sergeant John Bishop is a decorated war hero, and nephew of crime boss, Gonzalo Valdez. After returning home from Afghanistan John’s hopes for a peaceful future are quickly shattered when he is catapulted back into the global war on terror through a succession of life-threatening events and corrupt intrigue. He battles against terrorist operatives in New York, a powerful Afghan warlord, and a psychopathic billionaire with powerful White House connections. When John’s uncle gets involved, he proceeds to treat John’s enemies to a bitter taste of mob vengeance. 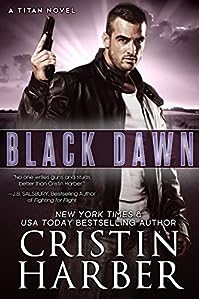 What happens when nothing is as it seems?

Lexi Dare is on a one-woman mission to stay alive. Both at home and at work. Because how did she end up with a ring on her finger and an abuser in bed as she readies to hit the high point in her career? Everything should be perfect. Amazing job. Handsome fiancé. It’s all a disaster.

Parker Black is the brains behind Titan Group, an elite security firm. In his world, everything is ordered and controlled, except what he feels for his buddy’s girl. Something in her eye screams for help, but he has no idea what.

When Lexi disappears, Parker realizes what he should have known. The lines blur between friendships and work, and they must find each other to survive a terror attack that only Lexi can stop. 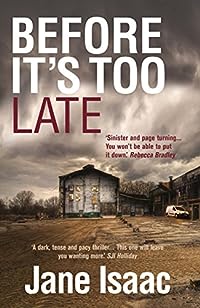 Before It’s Too Late

I concentrated hard, desperately listening for something familiar, the sound of life. I heard nothing. Just my own breaths and the wind, whistling through branches above. . . . The thought made me shiver. I am buried alive.Following an argument with her British boyfriend, Chinese student Min Li is abducted while walking the dark streets of picturesque Stratford-upon-Avon alone. Trapped in a dark pit, Min is at the mercy of her captor. Detective Inspector Will Jackman is tasked with solving the case and in his search for answers discovers that the truth is buried deeper than he ever expected. But, as another student vanishes and Min grows ever weaker, time is running out. Can Jackman track down the kidnapper, before it’s too late? 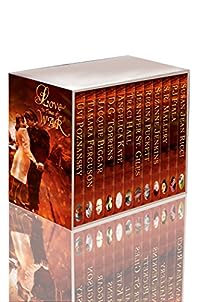 At no other point is passion put to the test as in dire times of war. From the American Civil War to WWII, from Vietnam to the War in Afghanistan to the Persian Gulf, the stories in this boxed set summon the strength of true lovers. Written by bestselling, award-winning, and USA Today authors, the novels and novellas in this collection tell of overcoming the odds to celebrate the victory of love.

If you like Military Romance, Wounded Warrior Romance, Historical Romance, Contemporary Romance, or Romantic Suspense, this anthology invites you to triumph over the worst of conditions. Together with these unforgettable lovers, go through coping with loss, struggling with injuries and rehabilitation, and facing difficult homecomings. And just like them, inspired by desire, find the courage to bring forth the best in us. 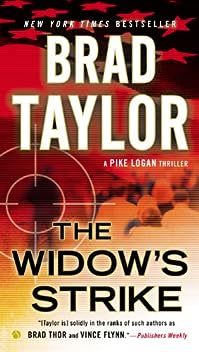 Invented by nature and genetically manipulated by man, a highly lethal virus has just fallen into the wrong hands. Angered by sanctions placed against its nuclear program, a rogue state is determined to release the virus. The only thing standing in its way is the extralegal counterterrorist unit known as the Taskforce.

Racing against time to stop a global pandemic, Taskforce operators Pike Logan and Jennifer Cahill follow the trail across Southeast Asia to the United States. But they soon learn that the enemy they face may not be the enemy they should fear…. 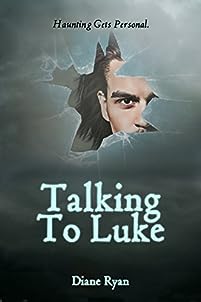 Talking To Luke: Haunting Gets Personal.

Paranormal researcher Tania Mosley has a gift. When the dead will speak to no one else, they speak to her.

After she captures the Holy Grail of electronic voice phenomena—a ghost willing and able to have a two way conversation—lines between the living and the dead start to blur. Luke Porter seems inexorably connected to her. A real boy-next-door. He feels like her friend. Acts like her confidante. Knows the names of all her friends. Plays with her cat. Never mind the fact that he’s been buried in a shallow grave for 150 years.

But what keeps a man anchored to a world that has moved on without him? How much emotion—how much anger—would it take to hold him here? Tania is afraid to ask. Afraid to know. Because sometimes the dead won’t stay buried, and the secrets they tell can rip the living apart. 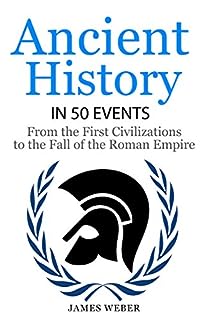 Do you want to know how ancient Greece, Egypt and Rome influenced the world until today?
Read about the 50 most important events in ancient history, from the first civilizations to the fall of the Roman Empire.

This book is perfect for history lovers. Author James Weber did the research and compiled this huge list of events that changed the course of history forever.