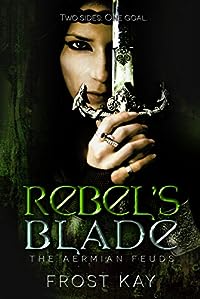 NOTHING IS BLACK AND WHITE
​
Secretly trained, swordsmith Sage Blackwell steps up to run her family’s forge when her father falls ill. Sage desires to help the neglected Aermians but is bound by duty to provide for her own… Until, that is, she’s offered a chance to make a difference.
​
THE REBELLION
​
Sage knows the risks; imprisonment or death, and yet, she’s still willing to take them to protect her family. But when plans unravel, Sage finds herself facing the devils themselves, her sworn enemies, the princes of Aermia.
​
THE CROWN
​
Tehl Ramses is drowning; crops are being burned, villages pillaged, and citizens are disappearing, leading to a rising rebellion. As crown prince, and acting ruler, Tehl must find a way to crush the rebellion before civil war sweeps through his beloved kingdom. He’ll do whatever is necessary to save his people. Yet, his prisoner is not at all what he expected.
​
ONE STORY. TWO SIDES. ONE GOAL: SAVE AERMIA. 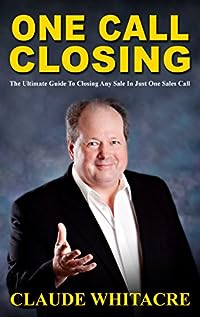 One Call Closing: The Ultimate Guide To Closing Any Sale In Just One Sales Call

Imagine Closing 80-90% Of Your Sales On Your First Sales Appointment, Without Having To Lower Your Price.
One Call Closing Reveals How To Do This.
If you want to know, step by step, how to quickly and easily sell your very next customer… who will then brag to their friends, relatives, and business acquaintances about what they bought from you… you need to read this book.
This book isn’t about “bear trap” closes, or manipulating a prospect’s answers to force a sale. It’s about making it far more likely that the prospect will simply want to buy from you…on your first sales call.

Have you ever had a prospect give you any of these objections?

Are you tired of talking to prospects that won’t ever buy, and string you along?

Are you absolutely angry over the number of sales you almost made?

Are you sick of sales management breathing down your neck?

Are you tired of reading sales books written by people who have never sold a thing in their life?

That all ends now. 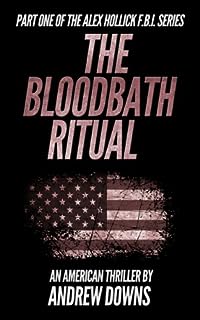 Alex Hollick is a clean-cut robbery division agent in Los Angeles, paying his dues, putting in his time, but his steady climb up the FBI ladder is about to take a major detour. Half of his team is killed in an unauthorized sting operation. The situation worsens when Hollick learns of the internal corruption that helped shape the deadly event.

At the order of his trusted mentor, John Novak, Hollick travels to Virginia, unknowingly as a suspect. A CIA torture team lies in wait, planning to kidnap Hollick and squeeze the truth out of him. After a torturous, drug-induced series of mind games, Hollick is released to Jordan Clay; head of a clandestine group burrowed deep within the FBI. His orders are simple – Bury the truth about the SOCAL robberies…

But things become more complicated from the moment the cover-up begins. Blood spills in all directions as Hollick and Novak attempt to hide the truth. Arson leads to a cop killing in the Mojave Desert. An ambitious Internal Affairs Agent is on to the corruption and two-million dollars in missing robbery money sits in the lap of a beautiful, but troubled young widow.

As the danger escalates, Hollick concocts a seemingly perfect plan to protect the woman of his dreams, Agent Jennifer Fletcher. 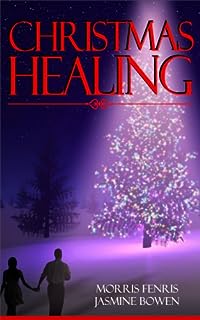 A Matter Of Trust: London Calling Book One

The series is a sexy roller coaster urban fantasy romance that follows an untrained psychic and the tight group of powerful warriors charged with her journey to immortality. Dark, funny, full of twists, and steamy passion, the series proves no one is truly lost.

Budding psychic Mica is a walking miracle. After surviving a brutal attack, she vows to live each day to the fullest. Little does she know her life is no longer hers to control. When Tall, Dark, and Annoying shows up to shadow her, she’s intrigued.

Powerful and ruthless, Sean’s assigned to guard more than Mica’s body. Humanity’s future is at stake, and it’s his job to keep her on the right path. There are plans for her. Plans that’ll change everything she believes if she lives long enough to learn the truth. Guarding one human shouldn’t be this complicated, but Mica makes it anything but easy.

As the clock ticks, Sean pulls Mica deeper into the Primani world until there’s no way out, and she doesn’t want to leave. 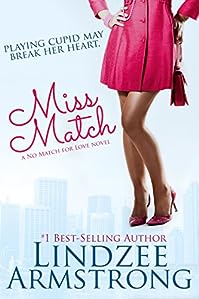 Playing cupid may break her heart.

Billionaire CEO Luke Ryder doesn’t want to hire his best friend, Brooke, as his matchmaker. Not when he’s been in love with her for eight years. Too bad she doesn’t see him as relationship material and is engaged to another man. If the matchmaking company she works for closes, Brooke is out of a job, and Luke is out a best friend. There will be nothing stopping her from moving to Italy with her fiancé. And Luke isn’t about to let that happen.

Brooke’s dream career may be crumbling, and she will do anything to keep Toujour in the black. Even recruit Luke, America’s favorite bachelor, as her next client. Surely his perfect smile and swollen bank account will send clients swarming to their doors. But when matching up Luke works a little too well, Brooke wonders if she’s with the right man. Maybe she should finally forget Luke’s playboy image and admit he’s changed. All Brooke has to decide is if she’s willing to risk her heart. 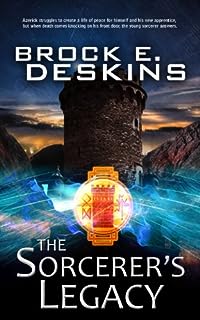 Physically and emotionally battered and exhausted, Azerick seeks to claim a home where he can live in peace and achieve some form of tranquility that has eluded him for most of his life. Even something as simple as that comes with complications. His choice of a new home is a tower haunted by a spectre that grieves for her murdered children. Tired of resorting to violence to resolve every conflict, Azerick has an idea to placate the mournful spirit, one that requires him to take on an apprentice, and that creates an entirely new set of problems.

Azerick may be done with death, but death is far from finished with him. An enemy he had hoped to have left behind seeks to destroy him by sending an assassin of untold ability and evil to avenge the death of his son. The Rook will stop at nothing to fulfill his gruesome contract, even if it means killing everyone who gets in his way. Duke Ulric seeks to destabilize the kingdom through a series of covert attacks upon several cities in the land, and it is only a matter of time before Azerick is dragged into his schemes and is forced to put an end to them once and for all. 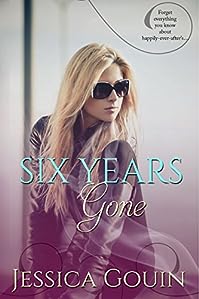 Forget everything you know about happily-ever-afters…

Sawyer, tattooed and rebellious, intended to stay numb until graduation.
Lachlan, gorgeous and charming, was the master of his charmed life.

He had never been more captivated or terrified. She never saw him coming.

Six weeks was all it took to fall in love.
Then he was gone…
Six years later their lives collide again.

Can forgiveness and faith restore what was broken in those years of absence? Or will the dark secrets buried inside one another destroy their second chance at love?

What happens when the one who ruined you is woven into your soul?

How can dreams appear to come true only to twist into nightmares?

Though they ache for the happy ending to their fairytale, fate may have something else planned. 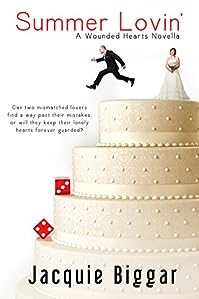 Rebecca’s job as secretary of Cascade Elementary, the same school she attended as a child, is rewarding. She has a great group of friends, many of whom are married now. And if sometimes she wished it were her up there in that sparkling white dress…

Except, wait—she did get to wear bridal white. Granted, it was a slinky party dress and the justice of the peace was Elvis in a gold lame jacket, but still, the deed was done.

Mitch Taylor doesn’t do regrets. It would be a waste of energy bemoaning the mistakes he’d made in his life. The end of his promising football career taught him nothing in life was a guarantee.

What were the chances two people from the same po-dunk town in Washington would end up together in a nightclub in Las Vegas? A few too many drinks later, a hasty ceremony performed by the king of rock ‘n’ roll, and they’d been hitched. The night that followed lived on in his dreams, but when he’d woken the next morning she was gone.

Can these two mismatched lovers find a way past their mistakes, or will they keep their lonely hearts forever guarded?