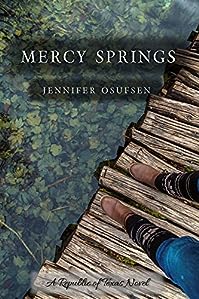 After personal and professional tragedy, physician midwife Cora Thomas flees the Missouri District of America, seeking asylum and safety in the idyllic Texas town of Cotton Springs. She hopes the quaint community is a new beginning, a place to heal and plant roots. A home where she is not an underground Christian living in fear for her life.

A logging accident leaves Cotton Springs’ prodigal son, Ben Tucker, in the care of the feisty new red-headed doctor. The attraction is undeniable and bewildering. But his rejection of God’s existence and Cora’s steadfast faith collide, leaving him with more questions than answers. And a heart desperately in need of healing.

Missouri District deputy Gordon Wilkes is on a witch hunt. He holds Cora accountable for the death of his wife in childbirth. And no border will stop him from exacting his revenge 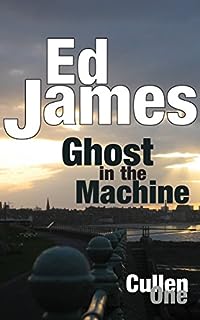 When one murder becomes three, Edinburgh faces up to the fact that it might have a serial killer in its midst. Then DC Scott Cullen of Lothian and Borders CID starts to question his superiors. Could the answer lie with Schoolbook, the latest social media craze to hit the city? Cullen has only been in the job for three months but he’s determined to prove himself, and equally as determined that the right person faces justice. As things take an even darker, personal turn, Cullen realises that he must look closer to home for the answer – before it’s too late. 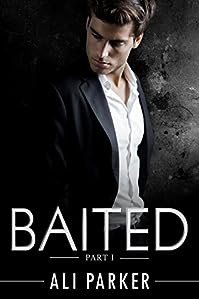 Rebecca Martin has achieved most things one might hope to by thirty. She is a successful business owner, drives a nice car and is wrapping up the details on a custom built home on the lake. The only thing she is missing is someone to share her accomplishments with.

One man has never been far from her thoughts – Kade McMillian, but his return to town after far too many years of chasing his dreams couldn’t be more poorly timed.

With a younger man demanding Rebecca attention at the office, she has to decide between reconstructing a relationship from her past or diving in deep to something new and seemingly forbidden. 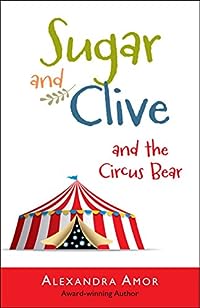 Sugar & Clive And The Circus Bear

How far would you go to help a stranger?

When Sebastian the bear is discovered on Dogwood Island, no one is quite sure what to do with him. This quiet island off the coast of British Columbia is not a place for a bear – the most dangerous animal on the island is a seagull with an unusually large appetite. Will the circus, where Sebastian has worked almost all his life, come back and get him? Should he be sent to a zoo? What if this lonely bear cannot find a place to go?

Enter Sugar and Clive. Sugar, a medium sized dog with caramel coloured curls, and her best friend Clive the barn swallow, are not shy about saying yes to adventure. Determined to help Sebastian in any way they can, dog and bird recruit their friends to try to get Sebastian off the island to a wild place, where he belongs. 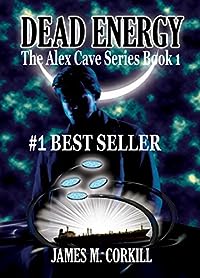 The tanker left Valdez Alaska with a full load of crude oil for what started as a routine trip down to Washington State, until it entered the Puget Sound and the oil mysteriously vanished without a trace. The next day the Alaska pipeline is suddenly empty and oil fields start to go dry. Panic grips the nation when transportation of basic necessities cannot reach the cities, and the only clue is a dollar size crystal found in the empty tanker.

Can Alex Cave, an ex-CIA operative, solve the mystery before it’s too late? Or will our dependency on oil cause us to suffer the consequences of . . . Dead Energy! 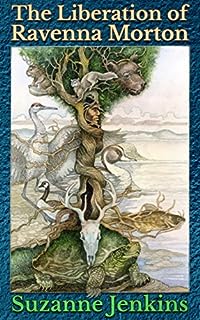 Visitors approach the cabin with wonder; have they just stepped back in time? Smoke curls up from the stone chimney, the smell of wood burning in the air. A cast iron water pump with a tin bucket next to it has a place of honor in the front of the cabin, while in the back, an old outhouse tilting to the side is surrounded by geraniums that have survived the first frost. Fog lifts off the slowly moving river, and the songs of an ancient people sung by a woman weaving baskets float on the surface. Ravenna Morton is an American Indian woman living a very old-fashioned life in a primitive cabin at the edge of the Kalamazoo River. She faces modern problems when her lifelong affair with a Greek artist is closely examined by their children after a child she gave up for adoption dies. Esme Wynd, her granddaughter, travels to meet Ravenna and accidentally uncovers a web of betrayal and crimes that were committed against her. 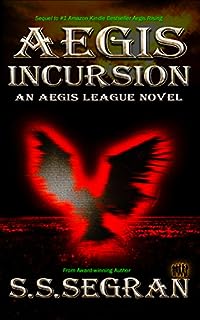 It has been nearly a year since five friends – Jag, Kody, Mariah, Tegan and Aari – mysteriously reappeared in a small town in Yukon several weeks after their small plane went down in Northern Canada. All were found in good health but with no recollection of what happened to them after the crash. 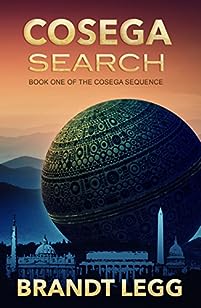 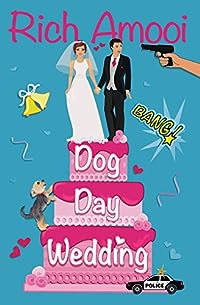 Giovanni Roma was jilted at the altar. Twice. Meeting Natalie is an enchanting distraction—too bad she’s engaged to another man. To top it off, Giovanni’s mother has a mouth with no filter and is obsessed with finding her son a suitable baby-maker.

Natalie DeMarco is a good cop with one problem. Cold feet. Her fiancé is a decent man, but she’s starting to wonder if decent is good enough. Maybe the doubts could be blamed on Giovanni, that guitar-making Italian hunk next door.

Giovanni knows he must do something, but things get out of hand when he learns he’s not the only one who objects to the wedding. 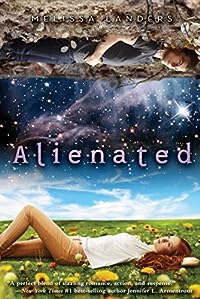 Two years ago, the aliens made contact. Now Cara Sweeney is going to be sharing a bathroom with one of them. Handpicked to host the first-ever L’eihr exchange student, Cara thinks her future is set. Not only does she get a free ride to her dream college, she’ll have inside information about the mysterious L’eihrs that every journalist would kill for. Cara’s blog following is about to skyrocket. Still, Cara isn’t sure what to think when she meets Aelyx. Humans and L’eihrs have nearly identical DNA, but cold, infuriatingly brilliant Aelyx couldn’t seem more alien. She’s certain about one thing though: no human boy is this good-looking. But when Cara’s classmates get swept up by anti-L’eihr paranoia, Midtown High School suddenly isn’t safe anymore. Threatening notes appear in Cara’s locker, and a police officer has to escort her and Aelyx to class. Cara finds support in the last person she expected. She realizes that Aelyx isn’t just her only friend; she’s fallen hard for him. But Aelyx has been hiding the truth about the purpose of his exchange, and its potentially deadly consequences. Soon Cara will be in for the fight of her life–not just for herself and the boy she loves, but for the future of her planet. 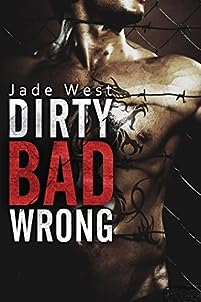 Lydia Marsh is always the strong one. The girl who never breaks, and sure as hell never cries. She’s got it all – the perfect little life in cosy suburbia, with her perfectly nice boyfriend, and their perfectly sufficient sex life. She’s even got her perfect little career plan all wrapped up at Trial Run Software Group.

But when it all falls apart, and Lydia’s pretty, green eyes are fixed on a brutally sexual stranger – the man they call Masque – she comes to suspect that being strong isn’t all it’s cracked up to be.

For now Lydia wants something she’s never wanted before…

And she wants Masque to give it to her. 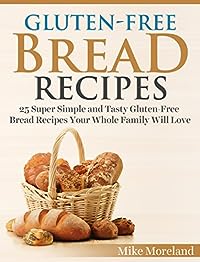 A better alternative is to make your own gluten-free bread. Homemade bread is not only cheaper, it also has a much better taste and it’s always fresh.

But isn’t baking your own bread very difficult and a lot of hard work? Think again. You’d be surprised how easy it is once you get the hang of it. With the super simple recipes in this book, anyone can do it and you’ll be enjoying your first homemade gluten-free bread in no time! 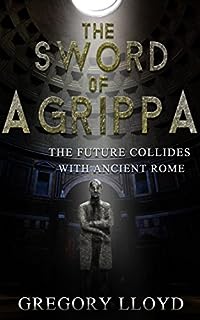 The Sword Of Agrippa

Enter 48 BCE Alexandria through the lucid dreams of one of the world’s most controversial biologists as he searches for dark energy in the near future. The journey will take you through ancient temples and torture chambers, palaces and advanced laboratories; into a world where certainty is the enemy of knowledge, and innovation is power. 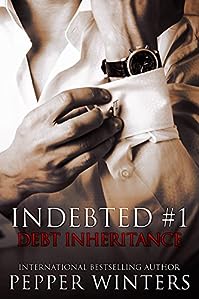 Nila Weaver’s family is indebted. Being the first born daughter, her life is forfeit to the first born son of the Hawks to pay for sins of ancestors past. The dark ages might have come and gone, but debts never leave. She has no choice in the matter.

She is no longer free.

Jethro Hawk receives Nila as an inheritance present on his twenty-ninth birthday. Her life is his until she’s paid off a debt that’s centuries old. He can do what he likes with her—nothing is out of bounds—she has to obey.

There are no rules. Only payments. 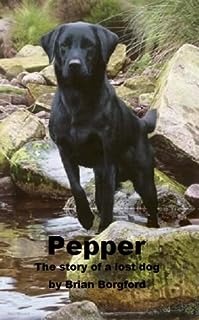 The story of a lost dog.