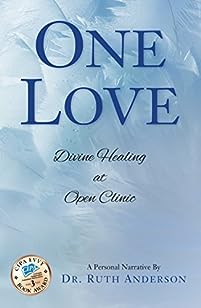 Imagine standing in divine healing light and knowing, truly knowing, that there is life after life.

When her best friend, Sylvia, was dying of cancer, Ruth had an awakening of latent clairvoyant abilities. She immersed herself in different methods of energetic healing, which forever changed her understanding of life and death. During meditation, she was shown the Threshold between lifetimes, and worked with her Spirit Guides to heal spirits and assist souls struggling to transition after death. Ruth’s memoir lifts the veil on the mysteries of angels, the Divine, and life after life. 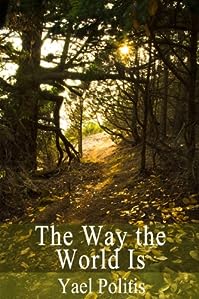 The Way The World Is

After the devastating trauma she suffered in Olivia, Mourning and finally knowing the reality with which she must contend, Olivia strives to rebuild herself – emotionally, socially, and financially.

She starts a new life in Detroit, the young and exciting city on a river where she has come to feel at home. New friends help the healing process, while she continues to search for the two people she loves, who have disappeared from her life. She finds some solace in helping fugitive slaves escape over the river to Canada. She believes, as one of her new friends says, “In this time and place it is the most worthy thing a person can do.” 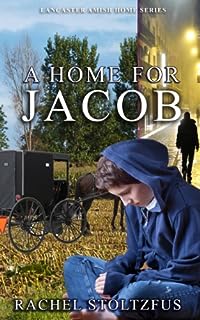 A Lancaster Amish Home For Jacob

When orphaned Philadelphia teen Jacob Marshall gets in trouble with the police, he has two options – go to juvenile detention or work on a farm outside of the city. But when he chooses the latter, Jacob gets more than he bargained for as he struggles to find his place in an Old Order Amish community in Lancaster County and with Thomas Mast, the straight laced Amish family man who is charged with keeping Jacob in line. Caught between the light and dark, will Jacob be able to face his demons and put his past behind him and become simply Amish, or will his pain prove stronger than the faith of the Amish community he’s grown to love? A Lancaster Amish Home for Jacob is an exciting story of a boy finding himself and his place in a new, strange world. 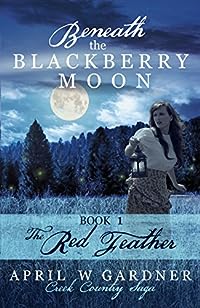 On a moonless night in 1813, Adela McGirth encounters a set of wolves and the steely eyed warrior who slays them, searing himself on her heart. When he returns, it’s with a brand of a different sort–the flaming arrow that destroys her life.
In the copper-haired captive, Totka Lawe finds the other half of his spirit. He vows he would die ten deaths to protect her, and he would kill any who tried to steal her away. With bluecoat soldiers pursuing him, a jealous cousin pursuing her, and the woman herself pursuing home, that vow stands a serious chance of being called into action. 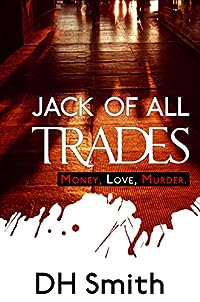 Jack Of All Trades

A dream job becomes murder for Jack, a builder, when he gets the job to repair the summerhouse of a millionaire couple in Chigwell. The two months work will pay his debts, and give him space to sort out his personal demons. Except, the couple are at war, both having affairs, their marriage beyond salvage. The husband fires Jack, she takes him back on – and suddenly he is too involved with their scheming. Complicated further when he falls for her secretary. And when there’s a murder, using his tools as the weapon, Jack is prime suspect. 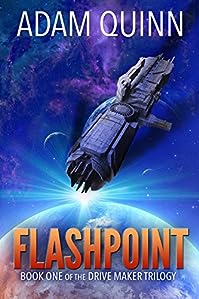 It’s been ten years since the war.

They thought the Order War was history. They were wrong.

Now, as galactic tensions boil over and a new terrorist demagogue threatens to rip open wounds that never fully healed, Taylor and Cherran will have to answer a question:

What is the cost of peace? 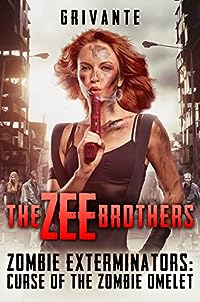 Who would you call during a zombie apocalypse? The Police? The Military? Your crazy prepper neighbor? No, it’s time for The Zee Brothers!

Two badass zombie killing brothers keeping the apocalypse at bay, one job at a time.

An Arizona sub-division over-run by a long-buried tribe.

A race to stop the dead from unleashing an ancient curse. 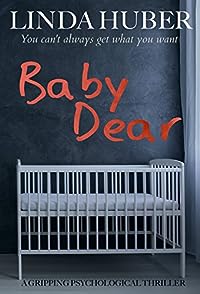 Caro and Jeff Horne seem to have it all until they learn that Jeff is infertile. Caro married Jeff because her biggest wish was to be a mother, and he had the means to give their children a better life than she’d had. Jeff, who is besotted with Caro, is terrified he will lose her now they can’t have a baby.

Across town, Sharon is eight months pregnant and unsure if she really wants to be a mother. Soon her world will collide with Jeff’s. He wants to keep Caro happy and decides that getting a baby is the only way. 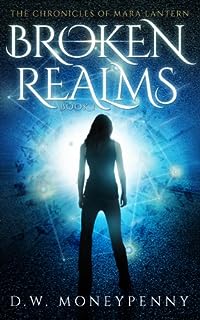 After a jetliner plunges into the Columbia River near Portland, Oregon, everyone survives. So why do crash investigators have a hangar full of bodies, one for each passenger except Mara? Before the plane goes down, she glimpses a new reality, one with scales and snouts, fangs and gills. She sees a boy running down the aisle carrying a ball of blue light, chased by a girl who could be her clone. 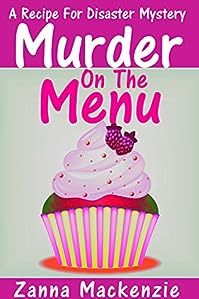 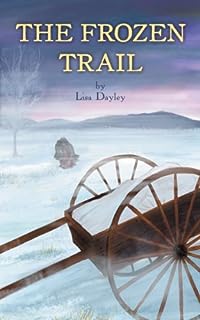 In 1856 the Mormon pioneers trekked across the Great Plains in wagon trains and pulling handcarts to find a new home safe from persecution. This is the story of one 18-year-old young woman, Emma Girdlestone of the Willie Handcart Company, who faced starvation, frostbite, and death so she and her family could join their fellow Latter-day Saints in the Salt Lake Valley. This work of historical fiction is dedicated to the members of the Willie Handcart Company. These courageous pioneers displayed commitment and heroism in the face of unbelievably harsh and brutal conditions while en route to Zion. It is especially dedicated to Willie Handcart member, Emma Girdlestone, who left behind a legacy of bravery, fortitude, and faith; and who, 155 years later, managed to change the life of her great-great-granddaughter Lisa Dayley, the author of this book. 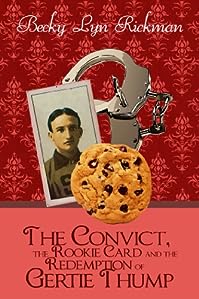 Rosedale has a thorn, and her name is Gertie Thump.

When folks see her walking down the sidewalk, they cross to the other side of the street. Gertie’s mission in life is to improve Rosedale’s citizenry through a steady stream of belittling, correction, and harassment. The only person unfazed by her campaign is the town’s deputy sheriff, Seth Randall, who has his own mission. Seth also serves as associate pastor of a local church, and he will not rest until he saves Gertie’s soul.

But redemption is a word easier said than done. Add Gertie’s childhood friend turned convict, an extremely valuable rookie baseball card, and a plate of cookies delivered with threatening messages, and you’ve got yourself a hornet’s nest of trouble. 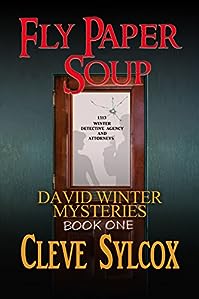 Attorney David Winter kicks back on the Florida beach soaking in the sunshine and watching the ladies stroll by. When his old Army buddy, Sean asks him to defend his aunt in a murder case, David doesn’t think twice and leaves the sun and sand for Missouri’s ice and snow to help his old pal. Seems Aunt Sharon’s past time was killing husbands and getting rich off their insurance policies. Not even Sean’s generosity—a BMW 528i with chauffeur, 100 grand plus expenses and a luxury apartment–all at David’s disposal—can save Aunt Sharon from the needle! 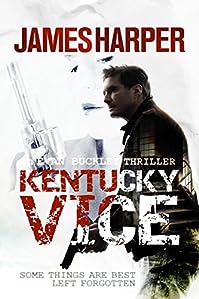 A man who can’t remember. Another who refuses to forget. Somewhere in the middle lies the truth.

It’s five years since his wife disappeared, but wise-cracking, street-smart private-eye Evan Buckley is still reeling. Tormented by demons and consumed by his unrelenting quest for the truth, he loses himself in other people’s problems.

When college buddy Jesse Springer shows up with a wad of explicit photographs that arrived in the mail, Evan is roped into the most bizarre case of blackmail he’s ever encountered—because Jesse swears blind he can’t remember a thing. But can Evan believe him? And if things weren’t bad enough, a psychopathic killer from the past embarks on a crusade of psychological revenge and twisted mind games that threaten to plunge Evan back into his darkest days. 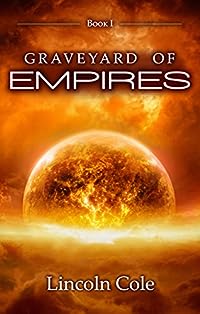 Argus Wade was born into the Ministry, an archaic and barbaric religion that’s taken ahold of the Republic. He knew from an early age that he was different from the other students who learned there: the threat of death – or worse – loomed over him because of his special gifts.

When he tries to protect his daughter from this fate by hiding her from the Ministry, he finds out that all he’s managed to do is make things worse. He’s running out of options and growing more desperate by the day.