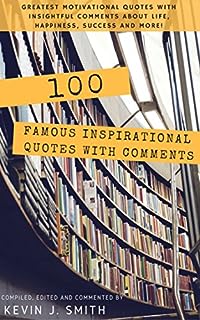 Learn to Become Motivated and Accomplish Anything!
Download This Great Book Today! Available To Read On Your Computer, MAC, Smartphone, Kindle Reader, iPad, or Tablet!

Learn to Stay Motivated and Accomplish Anything.
This book isolates the most powerful pieces of information shared throughout history on the topics of: Success, life, failure, persistence and happiness.

The author included insightful comments with the interpretation of each inspirational quote’s meaning.
With the references and tips in this book you will have a good understanding of how the successful people of history viewed the world and what are the most valuable messages they wanted to pass on to others; and how to keep yourself motivated on the long term and even through the complicated challenges of life! 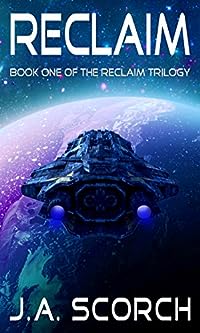 Two brothers forced apart by a horde of unstoppable alien invaders. Will they ever see each other again?

Sergeant Teve Porter’s life changed when the Zeal invaded Earth and devastated the planet. Fighting on the ground for the United Earth Forces, Teve battles the alien aggressors while soldiers around him continue to die.

After a failed op, Teve is sent on a rescue mission to recover an important soldier taken prisoner by the Zeal. The ambitious task takes him behind enemy lines, revealing something so shocking about the Zeal, it may change the war forever.

Lieutenant Bradley Porter has spent the last three years fighting the Zeal fleet that hovers around Earth’s orbit. A pilot in the Mars Armed Forces, Porter delivers vital packages to Earth from one of the Martian battle carriers that defend Mars from the Zeal.

After recovering from a crash landing, Porter learns of the MAF’s intentions to finally assault the Zeal fleet and reclaim Earth’s orbit for humanity. Against all hope, he will come face to face with certain death and must make a choice that could cost him his life but swing the war in humanity’s favor. 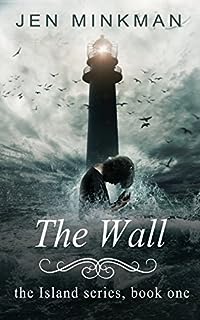 ‘I walk toward the sea. The endless surface of the water extends to the horizon, whichever way I look.
Our world is small. We’re on our own, and we only have ourselves to depend on. We rely on the Force deep within us as taught to us by our forefathers.
If I were to walk westward from here, I’d come across a barrier – the Wall. Behind it, there are Fools. At least, that’s what everyone says. I’ve never seen one.’

Leia lives on an island where children leave their parents to take care of themselves when they’re just ten years old. Across the island runs a Wall that no one has ever crossed. The Fools living behind it should be shunned because they believe in salvation from across the sea. That’s what The Book says, the only thing left to the Eastern Islanders by their ancestors.
But when a strange man washes ashore and Leia meets a Fool face to face, her life will never be the same again. Walt, the boy from the other side of the Wall, isn’t as foolish as she was always led to believe. And as Leia and Walt set out to bring the truth about both their societies to light, all the things they once took for granted fall by the wayside.

Their island world is about to change… for better or for worse. 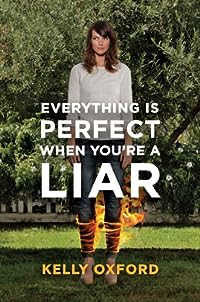 Everything Is Perfect When You’re A Liar

A wunderkind producer of pirated stage productions for six-year-olds

Not the queen of the world

Capable of willing her eyesight to be 20/20

Totally an expert on strep throat

A certified therapy assistant who heals with Metallica mixtapes

“Not fat enough to be super snuggly.” —Bea, age four

“Bitingly funny. But everybody knows that.” —Roger Ebert

Sad that David Copperfield doesn’t own a falcon 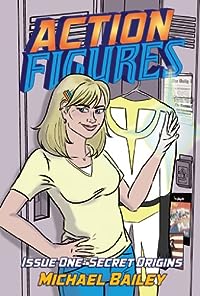 It was the worst summer of Carrie Hauser’s life, and the weirdest: it was the summer her parents announced they were getting divorced, and when a dying alien passed on to her his fantastic superhuman abilities.

All Carrie wants now is to settle into her new home in Kingsport and get her life back to something resembling normal – but that won’t be easy when her secret is discovered by a group of teenage super-hero wannabes, who need her help to discover why experimental military drones have been wreaking havoc in town.

Their search leads the fledgling super-team to Archimedes, an artificial intelligence that will do anything to escape its virtual reality prison and enter the real world.

However, the kids aren’t the only ones with an interest in Archimedes, and the super-teens soon find themselves caught in the middle of a longstanding feud between Concorde, Kingsport’s high-flying hometown hero, and his nemesis, the deadly mercenary Manticore.

Save the day? Sure…as soon as school lets out. 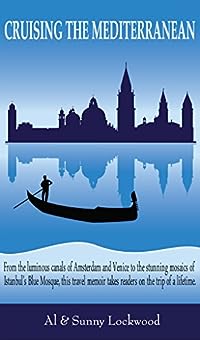 This joyful travel memoir by a couple well-beyond youth proves that age is no barrier to delicious fun, unexpected adventure, gentle wanderings and the dazzling beauty of lovely planet Earth.

Entertaining, informative, filled with wit and wonder, this day-by-day sightseeing memoir is an easy and enjoyable read.

When Al and Sunny Lockwood registered for a 12-day Mediterranean cruise, they envisioned wandering narrow stone streets in Venice, standing on the Acropolis watching morning sun paint its marble columns gold, listening to the Muslim call to prayer chanted from Turkish minarets.

Their travel experience surpassed by far their expectations.

Climb aboard Amsterdam canal boats to explore the city from its historic waterways.

Gaze across the red roofs of Venice from the city’s tallest structure: St. Mark’s Bell Tower.

Check out the the oldest neighborhood in Athens, and the Grand Bazaar of Istanbul, and stunning Greek islands.

Sink your teeth into mouthwatering meals, and hold your breath while riding the rickety cliffside Acropolis lift.

Immerse yourself in the book’s beautiful photographs. 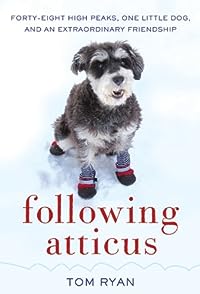 After a close friend died of cancer, middle-aged, overweight, acrophobic newspaperman Tom Ryan decided to pay tribute to her in a most unorthodox manner. Ryan and his friend, miniature schnauzer Atticus M. Finch, would attempt to climb all forty-eight of New Hampshire’s four-thousand-foot peaks twice in one winter while raising money for charity. It was an adventure of a lifetime, leading them across hundreds of miles and deep into an enchanting but dangerous winter wonderland. At the heart of the amazing journey was the extraordinary relationship they shared, one that blurred the line between man and dog.

Following Atticus is an unforgettable true saga of adventure, friendship, and the unlikeliest of family, as one remarkable animal opens the eyes and heart of a tough-as-nails newspaperman to the world’s beauty and its possibilities. 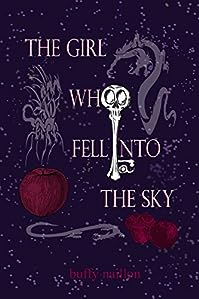 The Girl Who Fell Into The Sky

When reality star Clare King wakes up on her wedding day, she knows only two things…One: that she’s about to marry a complete stranger, a beggar off the street…and Two: that her ruthless father set the marriage up. After her father’s plans for her wedding day go awry, she is forced to go on the run with her new husband, an enigmatic and handsome man she knows only as John.

But what could have been the most terrifying time of Clare’s life turns into something else entirely when this rich-girl-turned-beggar’s-wife finds unexpected refuge and love among the dregs of society.

Her new life is shattered when she discovers the cause of Sudden Onset Anorexia (SOA), the deadly disease that’s ravaging the twenty-second century. Its unexpected origins throw Clare back into her father’s world, with devastating consequences to her new-found life and love. 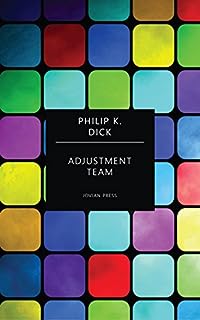 SOMETHING WENT WRONG…AND ED FLETCHER GOT MIXED UP IN THE BIGGEST THING IN HIS LIFE. 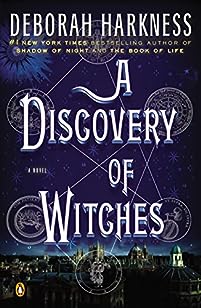 A Discovery Of Witches

In this tale of passion and obsession, Diana Bishop, a young scholar and a descendant of witches, discovers a long-lost and enchanted alchemical manuscript, Ashmole 782, deep in Oxford’s Bodleian Library. Its reappearance summons a fantastical underworld, which she navigates with her leading man, vampire geneticist Matthew Clairmont. 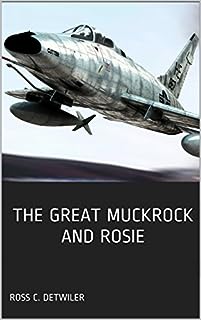 The Great Muckrock And Rosie

Most of America experienced the Vietnam War only in the form that was delivered in the evening news. The actual fighting and sacrifices in that far off jungle were borne, as is still true to this day, by a miniscule fraction of the population and their families.

There are plenty of history books and scholars that break the war down into miniature, bite-sized chunks of history, politics, science, and statistics. The Great Muckrock and Rosie, however, isn’t about accounting for the war. It is about the fighter pilots who fought that war in the air.

Fly with the men who gave their all in support their fellow troops on the ground in South Vietnam. Fly with them also as they leave the South and enter North Vietnam and Laos in an effort to dam the flow of supplies arriving through the wide open harbor at Haiphong. They pushed on, mission after mission, completing their assigned tasks for sake of doing what they thought was right.

Also meet the women in their lives. Some were adoring wives that waited at home, with little children, for dad to return. Some were single, unattached, and looking for the spice in life that a fighter pilot on leave could provide 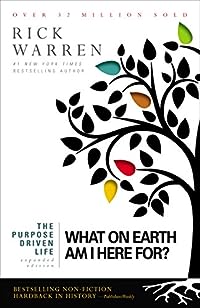 The Purpose Driven Life: What On Earth Am I Here For?

This book has transformed millions of lives. Are you ready for a change?

Since its release, The Purpose Driven Life has been translated into eighty-five different languages and has become the “Bestselling non-fiction hardback book in history” according to Publisher’s Weekly, all because of the Christ-centered approach the book takes to answering life’s most fundamental question: What on earth am I here for?

This new hardcover edition is reimagined for a new generation, with four new features including:

Living out the purpose you were created for moves you beyond mere survival and success to a life of significance—the life you were meant to live. 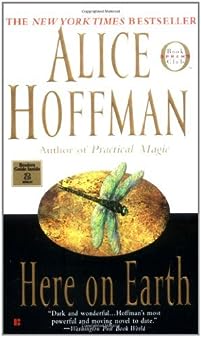 The bestselling author of The Dovekeepers tells her most seductive and mesmerizing tale yet–the story of March Murray, who returns to her small Massachusetts hometown after nineteen years, encountering her childhood sweetheart…and discovering the heartbreaking and complex truth about their reckless and romantic love. 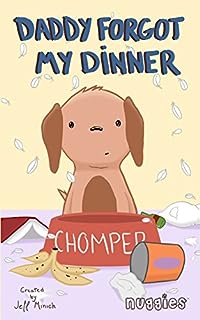 Chomper is a very hungry Nuggie. He’ll do almost anything for a treat or a bite to eat. See what happens when he’s left home all alone with an empty bowl! 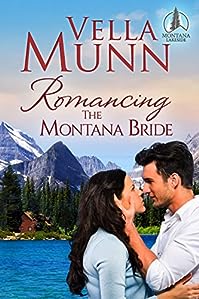 Five years ago, Jes and Shyla Croft spent their honeymoon at Lake Serene, celebrating their love and nature and planning for their future. Now with their marriage in crisis, they’ve returned to their cabin fearing they can’t salvage their love or save their marriage.

As they reminisce about their honeymoon and dreams of a life together, the couple realizes that perhaps the sparks that ignited their romance may not have entirely burned out. Then Jes hands Shyla a note that impacts both their futures.

Will their stay at Lake Serene burn away the mistakes of the past and rekindle their love?