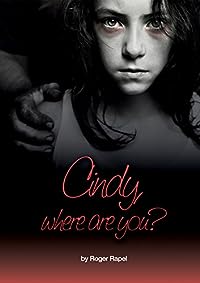 Cindy, Where Are You?

Jim’s marriage was on the rocks because of his long hours working as a Detective Sergeant including his after hours drinking. He was on the verge of having a fling with Jackie a young vivacious detective who had shown more than a professional interest in him. His life was already falling apart.

Then came the investigation into Cindy’s disappearance which would test Jim’s skills as a detective. ‘Cindy where are you?’ became the mantra in his mind as he stared at her haunting image.

His world would be turned upside down by the revelations uncovered which reached into the government corridors of power. His bosses were told to back off the investigation by the secret services. But they didn’t, what they found made even the most hardened officers cringe with disgust as more depraved sexual acts were uncovered… 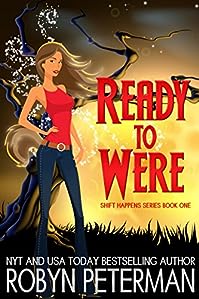 I never planned on going back to Hung Island, Georgia. Ever.

I was a top notch Were agent for the secret paranormal Council and happily living in Chicago where I had everything I needed – a gym membership, season tickets to the Cubs and Dwayne – my gay, Vampyre best friend. Going back now would mean facing the reason I’d left and I’d rather chew my own paw off than deal with Hank.

Hank the Tank Wilson was the six foot three, obnoxious, egotistical, perfect-assed, best-sex-of-my-life, Werewolf who cheated on me and broke my heart. At the time, I did what any rational woman would do. I left in the middle of the night with a suitcase, big plans and enough money for a one-way bus ticket to freedom. I vowed to never return.

But here I am, trying to wrap my head around what has happened to some missing Weres without wrapping my body around Hank. I hope I don’t have to eat my words and my paw. 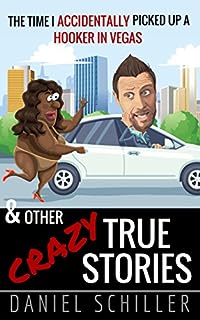 The Time I Accidentally Picked Up A Hooker In Vegas

This is a hilarious and crazy collection of true stories told through the eyes of the author, Daniel Schiller. You will find yourself drawn into the embarrassing moments, daring adventures, and laugh out loud scenes, as Daniel writes about everything from crazy drunken nights, to tiny Taekwondo ninja warriors. This book has a story for everyone. With reviews like, “The funniest book I have ever read,” and “I’ve been telling my friends about this all week!” You’re sure to not only love this book, but talk about it as well. 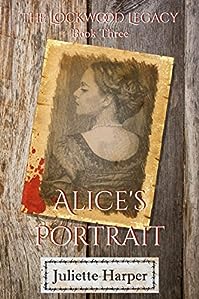 A year after Kate, Jenny, and Mandy Lockwood inherit The Rocking L, the sisters try to concentrate on their collective and individual futures. In the previous book in The Lockwood Legacy series, Baxter’s Draw, the women made startling discoveries about their father’s secrets, but are mistaken in their belief that everything has now come to light. In Alice’s Portrait, the ghosts of Langston Lockwood’s past once again confront his daughters, forcing them to re-evaluate their understanding of their father and of what it means to be a Lockwood. 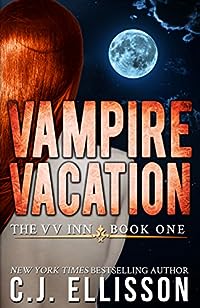 Meet Vivian. She’s a 580-year-old vampire who exudes sex, has a talent for drama, and is passionate about two things: her human husband, Rafe, and their resort for the undead. Her ability to project physical illusions has created the perfect vacation spot—a dark, isolated Alaskan hideaway where visitors can have their wildest fantasies come true.

Vivian knows the best performance requires perfect timing, but the powerful vamp is put to the test when she discovers a corpse in a locked guestroom minutes before the next arrivals. Always cool-headed, Rafe hides the body, convinced he and Vivian can find the culprit without disturbing their guests.

Juggling the increasingly outrageous demands of their customers while tracking a killer isn’t easy. Will their poking and prodding give them the answers they need, or will it uncover secrets Vivian would kill to protect? 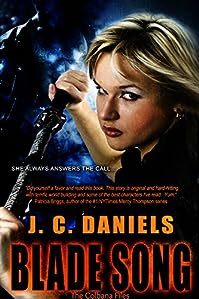 Kit Colbana–half breed, assassin, thief, jack of all trades–has a new job: track down the missing ward of one of the local alpha shapeshifters. It should be a piece of cake.So why is she so nervous? It probably has something to do with the insanity that happens when you deal with shifters–especially sexy ones who come bearing promises of easy jobs and easier money.Or maybe it’s all the other missing kids that Kit discovers while working the case, or the way her gut keeps screaming she’s gotten in over her head. Or maybe it’s because if she fails–she’s dead.If she can stay just one step ahead, she should be okay. Maybe she’ll even live long to collect her fee… 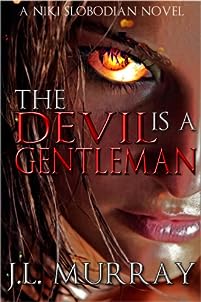 The Devil Is A Gentleman

Where Niki goes, Death is never far behind.

Everyone Niki Slobodian knows hates Congressman Frank Bradley. He is the father of New Government, after all. He started the Registry, and the world adopted it. Bradley is the man who separated Abnormals and Normals, and made it a crime for Abbies to exist.

So when Bradley shows up at Niki’s door bearing a terrible secret, then promptly disappears, she feels compelled to dig deeper. But the more Niki uncovers, the more danger she is in. A mysterious organization is out for her blood – literally – and her father’s criminal past may not be as self-serving as she thought. There is also the matter of Niki’s inscrutable employer Sam and the secret of his identity. With help from her partner Bobby Gage, Niki finds out just how little she knew about her family, and the truth of who she really is. 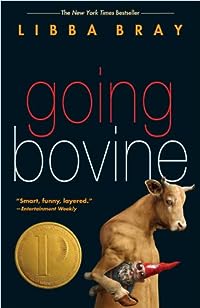 Can Cameron find what he’s looking for?

All 16-year-old Cameron wants is to get through high school—and life in general—with a minimum of effort. It’s not a lot to ask. But that’s before he’s given some bad news: he’s sick and he’s going to die. Which totally sucks. Hope arrives in the winged form of Dulcie, a loopy punk angel/possible hallucination with a bad sugar habit. She tells Cam there is a cure—if he’s willing to go in search of it. With the help of a death-obsessed, video-gaming dwarf and a yard gnome, Cam sets off on the mother of all road trips through a twisted America into the heart of what matters most. 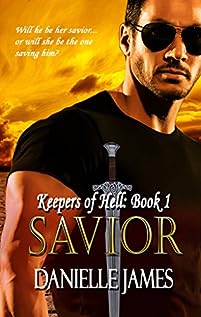 Ash had promised himself into servitude to a demon when he was only a child. He spent his life killing for the demon and he was good at his job. It was the only way to ensure the safety of his sister. When a brush with death brings Dr. Elizabeth Rone into his life, things change. The demon wants her dead and for Ash, that’s a deal breaker.

He never killed an innocent soul. Not only was she innocent, but she made him feel things he had thought he was incapable of.

With a demon hell bent on her demise, will Ash be her savior, or will she be the one saving him? 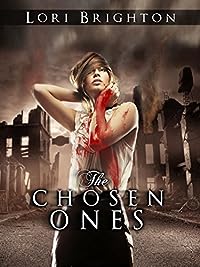 I have known nothing but fear and death since the truth was revealed: I am a chosen one.

For centuries we have been raised as food for those who need our life’s blood in order to survive. But I’m done being a pawn in the sick and twisted lives of the beautiful blood drinkers. Determined, I will do whatever it takes to end the reign of the beautiful ones.

Fortunately, I’m not alone in this war. With the help of other escaped chosen ones, and the mysterious and stunning Thanatos, I will discover a way to destroy those who wish us harm. But first, I must give up everything that matters and do the hardest thing of all…learn to trust myself.

They took my friends, my family, and will take my life if given the chance.

I won’t let that happen.

I am a chosen one. 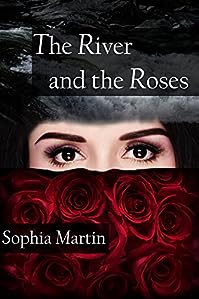 The River And The Roses

Since childhood, Veronica Barry has denied her psychic ability. When she dreams of blood and roses in Sacramento’s McKinley Park, the images are so vivid that she rushes to the rose garden, but what she finds is no comfort. Although Veronica yearns to put the experience behind her, her best friend turns to her for help in finding her daughter, Angie, who has gone missing. Veronica must learn to embrace her gift, or Angie will be the next to die. 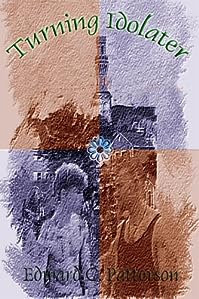 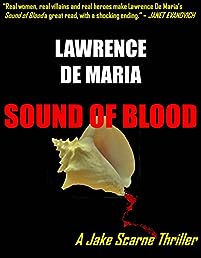 It’s always important to kill the right person. That’s a lesson Jesús Garza and Christian Keitel learn the hard way. Innovative and strangely likable (albeit with a bent for the macabre), the two assassins were just following orders when they eliminated a pesky reporter threatening corporate secrets. Unfortunately for them — and their billionaire boss — the reporter had a secret of his own. The killers have set off a chain reaction of revenge that threatens a financial empire built on murder, sex, fraud and political corruption.

Enter Jake Scarne, a rogue New York City cop turned private eye sent to Florida by a grieving father to uncover the truth about his son’s death. Bodies pile up from coast to coast as Scarne finds himself in the crosshairs of a powerful media baron, vicious mobsters, various homicide cops, the F.B.I. – and a beautiful, amoral woman that men hate to love, but do.

Jake Scarne is a hero in the tradition of Robert Parker’s Spenser, tougher than nails and as quick with a quip as he is with a gun. With friends on both sides of the law, he’ll cut any corner when seeking the truth.

SOUND OF BLOOD is the rare novel that has some critics praising it as a terrific financial thriller and others likening it to JAWS. There is murder, and not a little sex. But at the novel’s heart is a tragic love story that tests the boundaries of loyalty and loss. 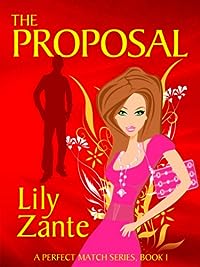 A high-flying career woman with no time for romance finds herself at a loose end for her company’s annual marketing convention. Partners are encouraged, and Nadine Stefano has every intention of fitting the image she believes her boss wants.

At her sister’s recent bachelorette party Nadine finds herself irresistibly drawn to Ethan, one of the male strippers.

A single woman, desperate to present the image of being in a settled and happy relationship, she hires Ethan to act as her pretend boyfriend.

Not only is he five years younger, but he is also sexy as sin.

Theirs is a strong attraction, and the over-worked and uptight Nadine soon finds herself falling for the easy-going young man.

But company politics and nasty colleagues stand in their way.

Will they follow their hearts, despite their differences, or will Nadine dump Ethan in order to pursue her career goals? 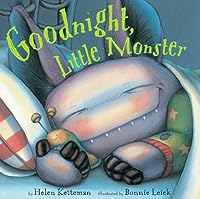 Little Monster needs to get ready for bed. That means howling at the moon, scrubbing his scales, getting into his creepy PJs, and enjoying a nice snack before bed: worm juice and baked beetle bread. And, of course, Little Monster’s mother is nearby to tuck Little Monster into bed and turn on his night-light—because even little monsters can be afraid of the dark.