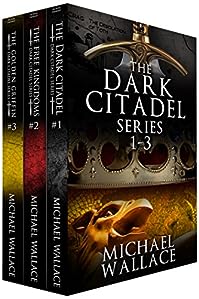 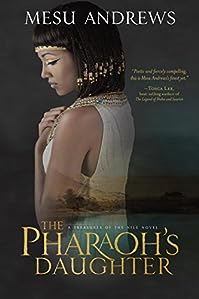 Anippe has grown up in the shadows of Egypt’s good god Pharaoh, aware that Anubis, god of the afterlife, may take her–or her siblings–at any moment. She watched him snatch her mother and infant brother during childbirth, a moment which awakens in her a terrible dread of ever bearing a child. When she learns that she is to be become the bride of Sebak, a kind but quick-tempered Captain of Pharaoh Tut’s army, Anippe launches a series of deceptions with the help of the Hebrew midwives—women ordered by Tut to drown the sons of their own people in the Nile—in order to provide Sebak the heir he deserves and yet protect herself from the underworld gods.

When she finds a baby floating in a basket on the great river, Anippe believes Egypt’s gods have answered her pleas, entrenching her more deeply in deception and placing her and her son Mehy, whom handmaiden Miriam calls Moses, in mortal danger. As bloodshed and savage politics shift the balance of power in Egypt, the gods reveal their fickle natures and Anippe wonders if her son, a boy of Hebrew blood, could one day become king. Or does the god of her Hebrew servants, the one they call El Shaddai, have a different plan for them all? 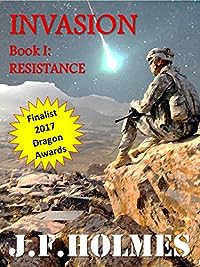 Earth, and humanity, may be down, but not out. 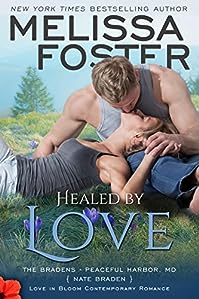 Nate Braden has loved his best friend’s younger sister Jewel for as long as he can remember, but between their age difference and his respect for Rick, he’s always kept his feelings at bay. Now he’s back in Peaceful Harbor, and Jewel is no longer sixteen years old–but there’s an even bigger obstacle standing in his way. Nate and Rick joined the military together eight years earlier. Nate came home a hero, but Rick didn’t make it out alive. 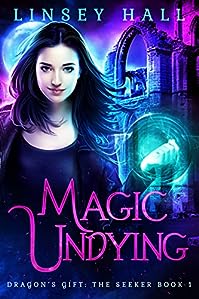 It’s time to face the magic.

Waking up in hell is not Del Bellator’s idea of a good time. She’d rather be back on earth, killing demons and hunting down magical treasure for her shop, Ancient Magic.

Turns out escaping hell is easy—it’s staying out that’s hard. Del is painfully aware that her dragon magic is illegal in the supernatural world. Worse, she doesn’t know how to control it. And if others learn her secret, she’s dead.

Things get ugly when the Warden of the Underworld shows up on her doorstep to drag her back to hell. He’s a one of a kind demon shifter—the sexiest, most powerful one she’s ever met—and he’s set his sights on her. Helping him catch an escaped demon gives her an opportunity to win her freedom, but only if she teams up with him to do it. She’ll have to use her forbidden magic to get the job done. And that is a recipe for discovery… and disaster. 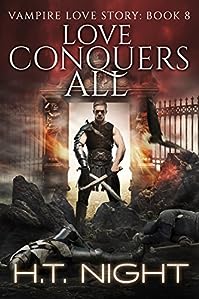 Fighting is what Josiah Reign does best, especially when Tommy the werewolf is his right-hand man. Josiah will fight for true love, for his ideals, and for the survival of his people. But sometimes, fighting is futile…

After Josiah goes against the will of the Triat to save his son, Jason, from Brock, the megalomaniac leader of the Mani, he learns there will be dire consequences for his noble actions.

And, as Josiah discovers the startling truth of his own existence, a terrifying destiny is set in motion, one that he doesn’t know how to stop with a fist, a blade, or even with his brave heart.

As Brock gathers a massive army for an all-out war, Josiah scrambles for supporters, resources, and answers. When a battle royal ensues, Josiah knows there’s only one way to save them all. It’s the most unconventional tactical idea, ever. It’s also the only way to save all whom he loves and holds dear. 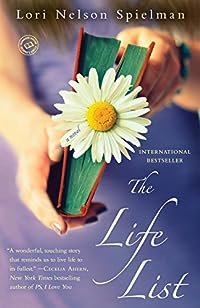 Brett Bohlinger seems to have it all: a plum job, a spacious loft, an irresistibly handsome boyfriend. All in all, a charmed life. That is, until her beloved mother passes away, leaving behind a will with one big stipulation: In order to receive her inheritance, Brett must first complete the life list of goals she’d written when she was a naïve girl of fourteen. Grief-stricken, Brett can barely make sense of her mother’s decision—her childhood dreams don’t resemble her ambitions at age thirty-four in the slightest. Some seem impossible. How can she possibly have a relationship with a father who died seven years ago? Other goals (Be an awesome teacher!) would require her to reinvent her entire future. As Brett reluctantly embarks on a perplexing journey in search of her adolescent dreams, one thing becomes clear. Sometimes life’s sweetest gifts can be found in the most unexpected places. 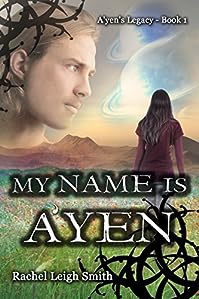 They’ve taken everything from him. Except his name.

The Loks Mé have been slaves for so long, freedom is a distant myth A’yen Mesu no longer believes. A year in holding, because of his master’s murder, has sucked the life from him. Archaeologist Farran Hart buys him to protect her on an expedition to the Rim, the last unexplored quadrant.

Farran believes the Loks Mé once lived on the Rim and is determined to prove it. And win A’yen’s trust. But she’s a breeder’s daughter and can’t be trusted.

Hidden rooms, information caches, and messages from a long-dead king change A’yen’s mind about her importance. When she’s threatened, he offers himself in exchange, and lands on the Breeders Association’s radar. The truth must be told. Even if it costs him his heart. 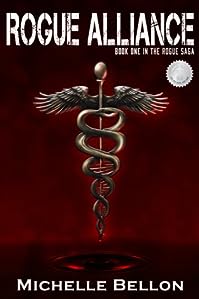 But some history doesn’t stay buried.
When Shyla goes undercover to bring down drug kingpin Victor Champlain, the case takes her back to a town that hasn’t forgotten her, and to a past she thought she’d left behind.

Then, she meets Brennan Miles, a genetically altered kidnap victim, who has been turned into a weaponized super-human. Victor helped Brennan escape from a hidden genetics research facility known only as The Institute, where he’d been held and experimented on for years. In return for his freedom, Brennan now works for Victor as his bodyguard.

Shyla is drawn to Brennan’s strength, and to his humanity. Even after she discovers his secret — he must have human blood to survive. Shyla knows she can’t take down Champlain by going through Brennan — he’s too strong — and he’s loyal to Victor. 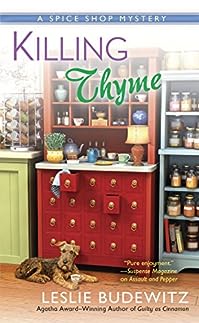 In Seattle’s Pike Place Market, Spice Shop owner Pepper Reece is savoring her business success, but soon finds her plans disrupted by a killer in the latest from the national bestselling author of Guilty as Cinnamon.

Pepper Reece’s to-do list is longer than the shopping list for a five-course dinner, as she conjures up spice blends bursting with seasonal flavor, soothes nervous brides fretting over the gift registry, and crosses her fingers for a rave review from a sharp-tongued food critic. Add to the mix a welcome visit from her mother, Lena, and she’s got the perfect recipe for a busy summer garnished with a dash of fun.

While browsing in the artists’ stalls, Pepper and Lena drool over stunning pottery made by a Market newcomer. But when Lena recognizes the potter, Bonnie Clay, as an old friend who disappeared years ago, the afternoon turns sour. To Pepper’s surprise, Bonnie seems intimately connected to her family’s past. After Bonnie is murdered only days later, Pepper is determined to uncover the truth. But as Pepper roots out long-buried secrets, will she be digging her own grave? 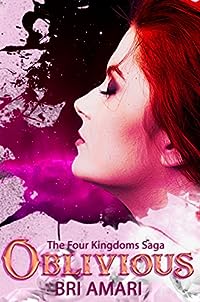 A secret for Mo, that nobody knows.
Duty for Fenix, how it grows and grows.
Magic and power, Kingdoms torn apart.
Myths and and Monsters and trials of the heart.
Cat-shifters, Fae, and Merpeople, oh my!
There are humans and Dragons and Incubi that fly.
The death of a mom, and a night gone wrong.
Caught in the cross-hairs, where does she belong?

Take a peek into a new magical world as you follow the discoveries and obstacles twenty-nine year old Mo, our feisty, and complex leading lady, finds as she is thrust into a new life. A life with rules she cannot wait to break and expectations she immediately ignores. A life of love, loss and betrayal. A life she never wanted. 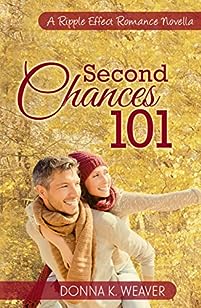 Thirty-seven-year-old Francie Davis is sure her luck has changed when she lands a job on campus that will pay her tuition. But when her handsome new boss yells at her on the first day of work, Francie learns that the last person you expect to fall in love with might be the one that’s the most perfect for you.

While it’s the fifth book in the Ripple Effect Romance Novella series, Second Chances 101 can be read as a standalone story. 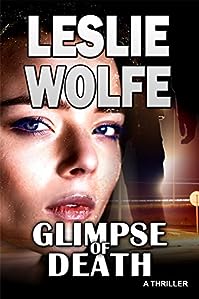