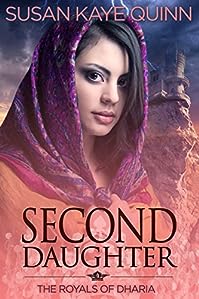 Aniri’s life is supposedly perfect—she’s beloved by the people of Jungali and betrothed to their handsome prince. He’s a noble barbarian who’s pledged to use his skyship for peace, but the threat of a second skyship in the hands of rival country Samir looms over their impending marriage… and Aniri begins to question her rush to marry a man she barely knows.

When the Second Daughter of Dharia is poisoned, Aniri tells her soon-to-be husband she must rush off to Samir to care for her beloved sister. After all, how can she wed when Seledri may be dying? But in her heart, Aniri fears she may be like her long-lost father, fleeing the responsibilities of crown once again.

Aniri may be a runaway bride, but the dangers in Samir are real—Seledri is being stalked by an assassin, the second skyship could bring war, and the three Queendoms have never had so much unrest. As Aniri fights to free her sister from a husband and a country she does not love, she unlocks tightly-kept secrets that might have been better left uncovered… and she wonders whether a love pledged in the heat of adventure can survive the looming threat of war. 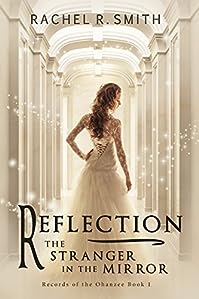 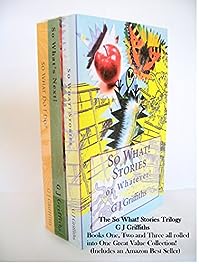 So What! Stories Or Whatever!: The Trilogy

Humour, heartache and criminal thrills and spills!
In Book One we follow the career of teacher Robert Jeffrey through the antics of his pupils – both in and out of the classroom. Giggle and gasp at the hilarious and sad tales of pupils; and with romance, bullying and intimidation, teachers that struggle and those that are popular you will be getting a full range of High School life!

In Book Two we find Molly Pearson, Robert’s student teacher, attempting to create a wildlife and nature garden with the help of her Year 7 kids, against dramatic odds! Self-harming, arson, gang violence and teenage angst all seem to be teaming up as obstacles to block success from Molly and her class of 11 year-olds!

In Book Three the reader has to keep up with ex-pupil detective Shantra as he pursues the desperate criminals who caused trauma and tragedy to the school community. A criminal fireworks stunt that goes disastrously wrong leads to death and mayhem; while the conspiring fraudsters look like they might get away with things! Just how does a black spider monkey come to assist detective Shantra in his attempts to catch the felons? 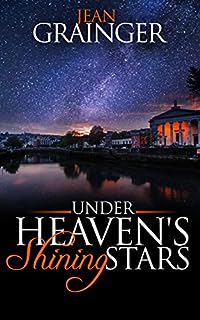 For three young boys, Liam, Patrick, and Hugo, life in Ireland of the 1960s proves to be both idyllic and flawed. Living in close proximity but leading vastly different lives, the bonds of friendship bind these young men as they grow, dream, and navigate the storms of youth.

In a world where the Catholic Church is a looming and pervasive presence, the dreamy ideal of childhood is staunchly contrasted against the backdrop of suffering and darkness in the lives of these three boys. Will their friendship be enough to weather the gale? Or will their separate struggles tear them apart? 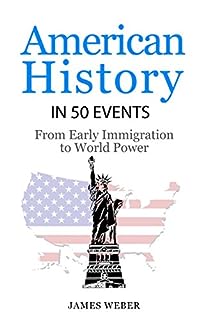 Do you want to know how the United States became the world power it is today?
Read about the 50 most important events in American history, from the first immigration to the only remaining world power after the cold war.

This book will give you a comprehensive overview of the U.S. history. Author James Weber did the research and compiled this huge list of events that changed the course of this nation forever. 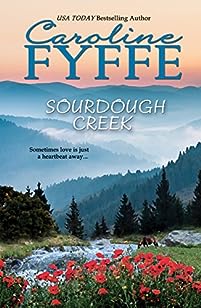 Cassie Angel is used to taking care of herself. With a spirit of adventure, and a need to stay out of harm’s way, she departs a dying Nevada town for the golden opportunities that await in California–along with a new life. When charming Sam Ridgeway shows up, claiming to know her uncle, and offers her protection in her travels, she has no idea there is an ulterior motive involved. 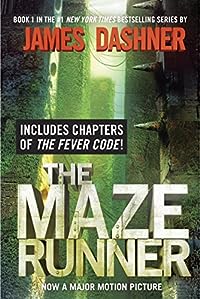 The first book in the blockbuster phenomenon The Maze Runner series now features chapters from the highly-anticipated series conclusion, The Fever Code, the book that finally reveals the story of how the maze was built!

When Thomas wakes up in the lift, the only thing he can remember is his name. He’s surrounded by strangers—boys whose memories are also gone.
Outside the towering stone walls that surround them is a limitless, ever-changing maze. It’s the only way out—and no one’s ever made it through alive.
Then a girl arrives. The first girl ever. And the message she delivers is terrifying. 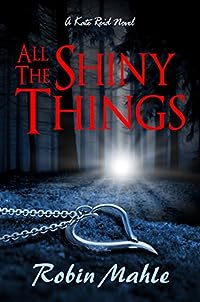 All The Shiny Things

A young woman with a good job and a good life, until she discovers it was all a lie. Now, her desperate search for the truth begins and it will change her forever.

A past revealed. A vengeance unleashed.

Compelled to dig into a past no one wants to relive, Katie soon turns to Detective Marshall Avery. He is the only one willing to give her the resources she needs to find answers, but those answers could come at a steep price. When her search breathes new life into an old monster—one who has left a trail of innocent blood in his wake—it is too late to turn back.

The monster is again unleashed and the FBI must be called upon. Special Agent Nick Scarborough finds himself entangled in a decades-old investigation that has now placed Katie’s life in great danger.

Katie’s desire for retribution has already cost her dearly. So when the tables are turned, will Detective Avery be able to keep her from going too far? 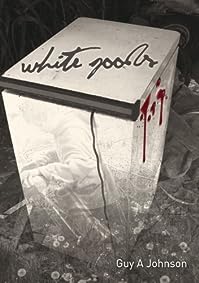 by Guy A Johnson

Set in the south of England at the beginning of the 1980’s, White Goods is a novel about loss and the search for the truth, told through the eyes of a deceptive twelve-year-old boy.
Scot Buckley is a complex young man, living under the shadow of absence: his mother encounters a horrific death at the start of the book. Further, he is haunted by the elusive existence of a relative simply known as ‘Jackie’ – whose very being the rest of his family are determined to keep secret.
White Goods opens very dramatically: a child is pushed into the icy, open mouth of a chest freezer and the lid is slammed shut. His identity and fate are central to the story, but remain a mystery until the end.
Aside from the imprisoning chest freezer, other domestic goods participate in the drama. Scot recalls that his mother’s death is the result of a gory accident with a dishwasher. However, all is not as it initially seems and, each time Scot recalls her death, the scene and the actual cause are different… 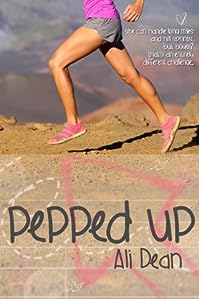 Pepper Jones is ready for an epic cross country season. She wants to qualify for Nationals, and she’s willing to do anything it takes to make it happen. She can handle long miles and hill sprints, but boys? That’s an entirely different challenge.

Pepper’s never considered revealing her deeper feelings for her longtime friend, Jace Wilder. After all, he’s got the personal magnetism and good looks to hook just about any girl in town — and he has. Their friendship stands apart from high school social circles, and they’re both just fine with that (or at least they pretend to be).

That is, until running star Ryan Harding moves to town. 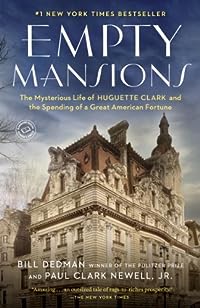 When Pulitzer Prize–winning journalist Bill Dedman noticed in 2009 a grand home for sale, unoccupied for nearly sixty years, he stumbled through a surprising portal into American history. Empty Mansions is a rich mystery of wealth and loss, connecting the Gilded Age opulence of the nineteenth century with a twenty-first-century battle over a $300 million inheritance. At its heart is a reclusive heiress named Huguette Clark, a woman so secretive that, at the time of her death at age 104, no new photograph of her had been seen in decades. Though she owned palatial homes in California, New York, and Connecticut, why had she lived for twenty years in a simple hospital room, despite being in excellent health? Why were her valuables being sold off? Was she in control of her fortune, or controlled by those managing her money? 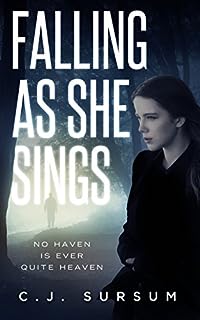 Falling As She Sings

Civilization has crumbled. Brutes, feral men, roam the countryside. But inside the Enclave, women are safe. Liberated from menial tasks, they pursue intellectual interests and cultivate their tastes in art, music, theater, and delicacies. They govern themselves via consensus. Gracious manners are the rule.

Their culture of refinement stands in stark contrast to the wilderness beyond the Enclave walls, where Brutes must compete for scarce resources. Brutes are taken into the Enclave for one reason, and one reason only—reproduction. But Menna, a young Vestal responsible for the reproduction program, makes a mistake she’s desperate to conceal. The fallout threatens the Enclave, and shatters Menna’s every preconception. Who are these Brutes? What is it they want? 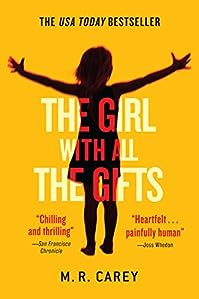 Melanie is a very special girl. Dr Caldwell calls her “our little genius.” Every morning, Melanie waits in her cell to be collected for class. When they come for her, Sergeant keeps his gun pointing at her while two of his people strap her into the wheelchair. She thinks they don’t like her. She jokes that she won’t bite, but they don’t laugh. 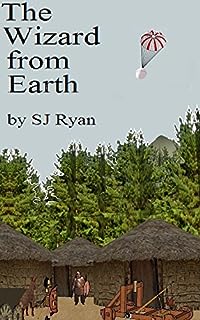 Matt was a typical twenty-second century teenager with a supercomputer implanted in his head. He was supposed to be launched toward the star Alpha Centauri, but ended up on another world, lights years and centuries removed from his family.

Together they would battle humans, mutants, and super-intelligent AIs in a war for the fate of a new world — and for the survival of humankind. 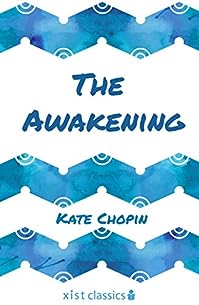 A woman would give up everything, except her self.