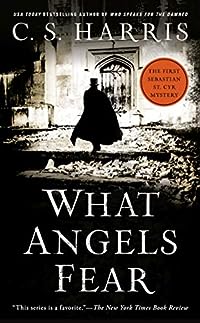 It’s 1811, and the threat of revolution haunts the upper classes of King George III’s England. Then the body of a beautiful young woman is found savagely murdered on the altar steps of an ancient church near Westminster Abbey. A dueling pistol discovered at the scene and the damning testimony of a witness both point to one man: Sebastian St. Cyr, Viscount Devlin, a brilliant young nobleman shattered by his experiences in the Napoleonic Wars.

Now a fugitive running for his life, Sebastian calls upon his skill as an officer during the war to catch the killer and prove his own innocence. In the process, he accumulates a band of unlikely allies, including the enigmatic beauty Kat Boleyn, who broke Sebastian’s heart years ago. In Sebastian’s world of intrigue and espionage, nothing is as it seems, yet the truth may hold the key to the future of the British monarchy, as well as to Sebastian’s own salvation…. 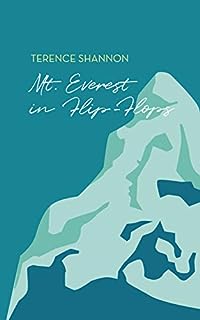 By any standard, it was an impossible crush I had on her. She was Mt. Everest, a knockout nurse seven years older, in 1972 the difference between Bob Dylan and the Beatles. Almost nowhere else could I have caught her, except for the one place we were, a Catholic summer camp, where isolation, proximity and time could suspend normal convention just enough for it to happen. “Jake, she’s out of your league,” a friend says. “She’s Mt. Everest, and you’re wearing flip-flops.” 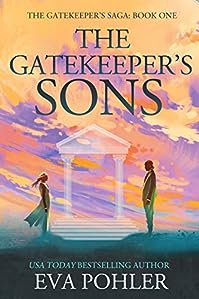 Dive into a world in which the ancient gods of Greek mythology are real. 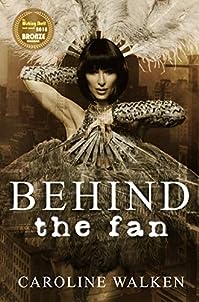 We are together; his voice intoxicates me, it’s as potent as whiskey. I hold on tightly, but he still departs; leaving me behind. I am Dorothy Kennedy-Denham, heir to Kennedy Electronics. I’ve outlived friends, my children and my love, Nicky. This small house evaporates, and I return to where it began. The lure to remain is powerful, but I have unfinished business.

My family calls this an absence of presence. Their concern begins the process, and they descend on me, it’s decided I should move into a nursing home. Packing my life into boxes, it’s not long before my home is bare. Forgotten photos open the door to a past they never imagined. I won’t apologize; not about the burlesque club or the mobsters I’ve known and loved. They might think my life is unimaginable; my connection with Nicky is unbelievable. But, in the end, I hope they find it inspirational. 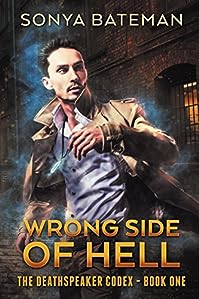 I thought I was human. Apparently, I was wrong.

I didn’t even know there were non-humans. Others, they’re called. Fairies, vampires, even the bogeyman — they’re all real. At least, that’s what the werewolf told me when I saved her from the cops.

Did I mention that I saved a werewolf? And those weren’t just cops trying to kill her. They’re a deadly cult with the sole purpose of capturing and torturing Others … especially me. Because it turns out I’m not just any Other. I can talk to the dead — and this cult has questions only I can answer. Answers they want to use to wipe out every non-human on the planet. 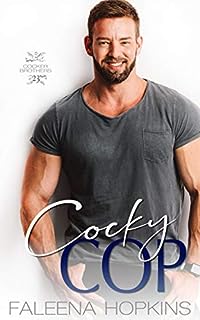 Southern storms are no joke.

She shouldn’t have been out in one.

If she’d have stayed home, she’d be safe.

But then we’d never have met…

Her clothes plastered to her body.

My uniform drenched, every muscle showing.

Her snarky mouth inspiring me to throw her over my shoulder.

Show her what a real man is like when he finds a good woman.

With these cuffs she won’t ask for the key. 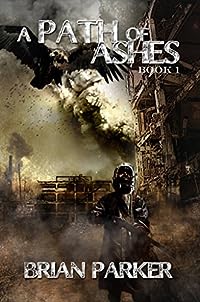 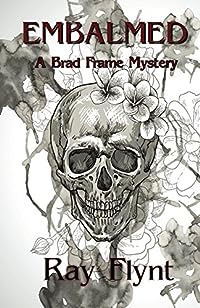 A cold-blooded killer is on the prowl! Brad Frame seeks the assistance of his friend and mentor, Nick Argostino, in locating a missing person, only to discover that Nick is facing his own troubles. He’s been suspended from the Philadelphia police force and accused of assaulting a fellow officer. It is an accusation that could end his career. Nick claims he was set up, which sends Brad and his associate, Sharon Porter, on a hunt for the truth. At the same time, Brad learns that the missing person he seeks is dead, and has been found already embalmed. 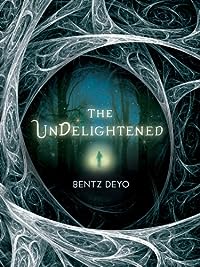 Leam Holt’s eighteenth birthday tomorrow caps the most depressing year of his life, marking the anniversary of his failed delightenment—the soul-darkening, magic-bestowing rite of passage that should’ve launched him into the fight between Darkness and Light. Making things worse, Leam’s insufferable brother, Zach, the pride of the family, is set to delighten in a few short hours.

When Gideon, the evil leader of Darkness, arrives to preside over Zach’s ceremony, the course of Leam’s life takes a drastic turn. Rather than fading farther into the background, Leam is ordered to undergo a series of brutal trials. Vast magical power is suddenly within Leam’s grasp if he triumphs, but Leam can’t seem to stay away from a beautiful girl of Light, and his testing is yielding disturbing results. 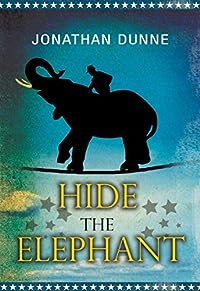 Mick and his elephant become overnight on-the-run, anti-hero legends when Mick, an old rebel with a cause, takes matters into his own hands.

The Alzheimer’s brings Mick something very special: an adventure he never thought possible with his dear old friend, Sinbad.