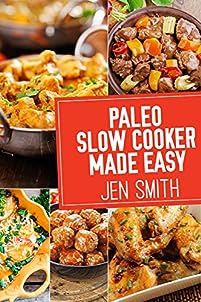 What is the famous Paleo Diet? It is also known as the caveman diet. What that means is that we are only supposed to eat the foods of the people during the Neolithic era. This means no grains, gluten, rice, dairy, potatoes and sugar.

What are the benefits of this diet? A clean diet with no preservatives or added chemicals (which aren’t good for your body), and less fat and more muscle due to more protein and less carbs. There are so many other reasons to do the paleo diet. And there are so many reasons to use a slow cooker. So put the two together, and you get my book full of 75 delicious paleo recipes that can all be made in a slow cooker. What are you waiting for? Join the Paleo revolution and start seeing results today! 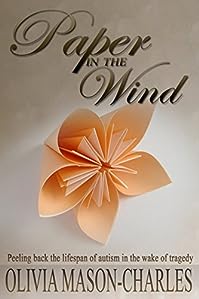 Paper In The Wind 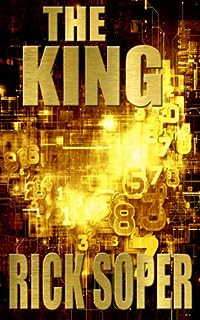 Just hours before testifying in front of Congress, Billy Stone, a tech titan who is one of the richest men in the world, is kidnapped from a hotel in the heart of Washington DC. FBI Agent Jon Stevens, along with Director Emory Thomas are called upon to track down Stone’s kidnapper. As they delve deeper into the investigation, some disturbing clues start to emerge, leaving them wondering if they’ll be in time to save Billy from an awful fate. 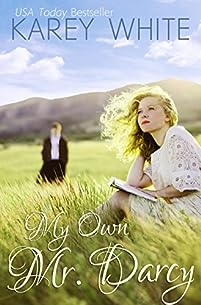 My Own Mr. Darcy

After being dragged to the 2005 movie Pride and Prejudice by her mother, sixteen-year-old Elizabeth’s life changes when Matthew Macfadyen’s Mr. Darcy appears on the screen. Lizzie falls hard and makes a promise to herself that she will settle for nothing less than her own Mr. Darcy. This ill-advised pledge threatens to ruin any chance of finding true love. During the six intervening years, she has refused to give any interested suitors a chance. They weren’t Mr. Darcy enough.

Coerced by her roommate, Elizabeth agrees to give the next interested guy ten dates before she dumps him. That guy is Chad, a kind and thoughtful science teacher and swim coach. While she’s dating Chad, her dream comes true in the form of a wealthy bookstore owner named Matt Dawson, who looks and acts like her Mr. Darcy. Of course she has to follow her dream. But as Elizabeth simultaneously dates a regular guy and the dazzling Mr. Dawson, she’s forced to re-evaluate what it was she loved about Mr. Darcy in the first place. 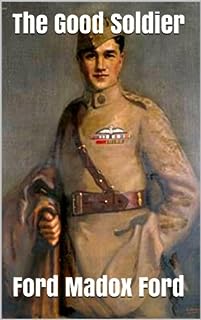 In ‘The Good Soldier,’ Ford Madox Ford paved the way for over a century of thriller writers and film-makers who would go on to use the idea of the unreliable narrator to create mystery and suspense. Events in the story unfold just before World War I and chronicle the tragedy of Edward Ashburnham, the soldier to whom the title refers, and his own seemingly perfect marriage and that of two American friends. The novel opens with the famous line, “This is the saddest story I have ever heard.”

The narrator explains that for nine years he, his wife Florence and their friends Ashburnham and his wife Leonora had an ostensibly normal friendship while Edward and Florence sought treatment for their heart ailments at a spa in Nauheim, Germany. As it turns out, nothing in the relationships or in the characters is as it first seems. Florence’s heart ailment is a fiction she perpetrated on John to force them to stay in Europe so that she could continue her affair with an American thug named Jimmy. Edward and Leonora have a loveless, imbalanced marriage broken by his constant infidelities (both of body and heart) and Leonora’s attempts to control Edward’s affairs (both financial and romantic). Dowell is a fool and is coming to realize how much of a fool he is, as Florence and Edward had an affair under his nose for nine years without John knowing until Florence was dead. 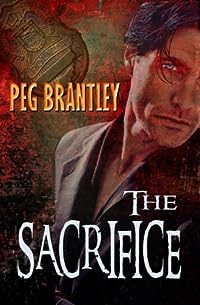 Former lawman Mex Anderson is trying to cope with the horrific murders of his family as best he can. Moving from his small, Mexican town to the snowy mountains of Colorado has helped, however it seems nothing can ever take away the gut-wrenching pain of his loss. When the head of the drug cartel responsible for the killings approaches him with an offer that would reveal the individuals behind the murders, it might lead to the one thing that would allow Mex to heal: revenge. 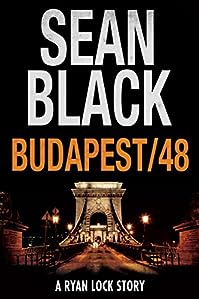 It sounds like easy money. Fly into Budapest. Handle the exchange in a straightforward kidnap for ransom case. Fly back home.

But as private security operators Ryan Lock and Ty Johnson are about to find out, there is no such thing as easy money. 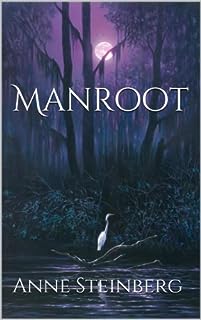 In the spring of 1939, Katherine Sheahan and her father, the taciturn Irishman Jesse, are looking for work in the isolated tourist town of Castlewood, Missouri, which offers bathing, gambling and adultery. Jesse gets a job as handyman and Katherine as maid at a small hotel. Jesse drinks and neglects his work and eventually disappears, abandoning his daughter. Katherine discovers the ginseng, the manroot, and other secrets of the foothills; she discovers herself as a natural healer who has inherited this gift from her Navajo Indian mother. She also has a special but unwelcome gift. She can communicate with spirits.

Among the hotel s regular clientele is Judge William Reardon, a local hero who metes out justice by day, then drinks the foul taste away at night. Escaping his sterile marriage, he becomes captivated by Katherine. He is like a man reborn. Theirs is a union of like-minded souls, but a dangerous dark magic is released. Can their love survive? 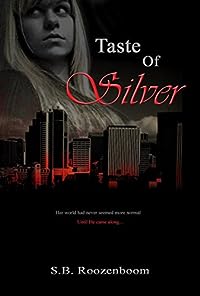 Rose Ridgewood can’t stand her father’s new employee. It isn’t just Hayden O’Conner’s attitude and criminal record that bothers her-it’s his odd, silver eyes and the fact that she can’t read him. It isn’t until she becomes a victim in a deadly game of chase that secrets are uncovered that alter not only her views of Hayden, but of modern humanity. As Rose learns what Hayden really is, her emotions take her closer to him…and closer to danger. When lives are threatened she’ll have to decide whether to stay safe at home in California, or follow what might be true love into the unknown. 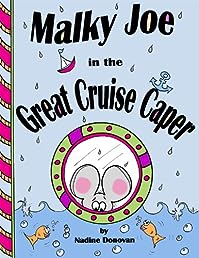 Malky Joe Mouse wants to know what rodent in his right mind would stow away on a cruise ship. Sure there are midnight buffets, room service and no cats, yet every time Malky gets within a whisker of the good life, something crazy happens, like spin-cycling in a handbag or getting pinned under the bananas of a fruit basket. But just when life onboard gets about as bad as bilge water in the brig, it’s, ‘Ships Ahoy!’ for Malky’s biggest and best adventure, ever. 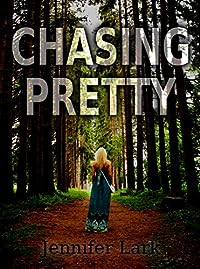 All seventeen-year-old Ashlyn wants to do is fade into obscurity when a scantily clad picture of her is circulated at school. As if life couldn’t get any worse her car breaks down. Zeus offers her a ride home, he just has to make one quick stop. But that layover changes everything. There’s a witch and a book of spells and Michael, the ideal boyfriend conjured from pure magic. 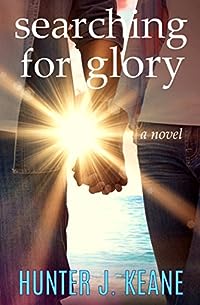 Gloria Star is rich and famous. She’s on a hit television show and engaged to one of the most desired men in Hollywood. Her life is perfect. But then she gets a letter in the mail that changes everything. The past she has been trying to forget for so long has finally come back to haunt her.

Gloria Star hasn’t always been an A-list celebrity. She used to be just a regular Midwestern girl named Glory Stark. Now she is forced to reconcile her two lives because Johnny Carter, the only man she ever loved, has asked her to return to her hometown, and she can’t say no. Ten years ago, one night changed everything for Gloria and Johnny. Not only did Gloria lose Johnny, but she also lost herself.

Now she’s headed back to her home town in Missouri, to reconnect with her sister and make amends with Johnny. She quickly realizes that returning to Glory Stark’s life isn’t going to be easy. As she faces painful truths about her past and an uncertain future, Gloria learns that forgiveness is essential, family is everything and love is forever. 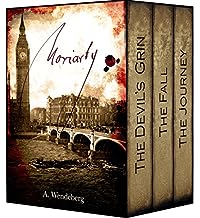 Bundle of the award-winning Kronberg Thriller trilogy.Europe, late 19th century. Antibiotics have yet to be invented, and germs take a death toll that lets the number of murders appear negligible. But when a cholera victim is found floating in one of London’s drinking water supplies, Dr Anton Kronberg – England’s best bacteriologist – is called upon to investigate. He crosses paths with Sherlock Holmes. The detective immediately discovers Kronberg’s secret — a woman masquerading as a man in order to practice medicine — a criminal deed that could land her in prison for years to come. The two highly analytical minds provoke and annoy each other at once. Eventually, they must team up to unravel a spiderweb of murder, espionage, and bioterrorism that spreads across continents.Compiles The Devil’s Grin, The Fall, & The Journey 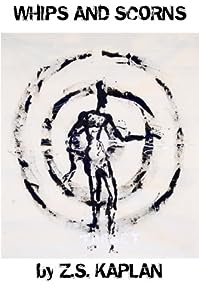 Revenge is an age old theme. Right and wrong. Twists and turns. Los Angeles. In this town, there are bad guys and worse guys.

Richard Patrick’s first mistake was killing the wrong woman. His second mistake was not killing her husband. Arrogance or stupidity, it didn’t matter which but Patrick ignored the rules of the game: don’t leave anyone alive, especially a widower with nothing to live for but revenge.

Colin Black’s life was taken from him; he was crippled and his beautiful wife murdered. In his mind, he has two options; pack it in and kill himself or assuage his loss with more blood. He enlists the help of his detective brother, Dane, and together they carefully plan the destruction of the man that took away everything.

The two brothers learn that even the most careful planning doesn’t always yield the desired results when dealing outside the law. In the end, who gets hurt and who is left standing doesn’t matter, simply that revenge is only sweet to those whose thirst for blood is unquenchable. 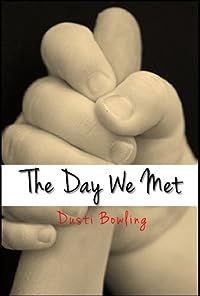 The Day We Met

Sixteen-year-old Lenna James goes to church, attends youth group, and hangs out with the “church geeks” at school. At least, she did. Enticed by a chance with the boy she’s had a crush on for years, Lenna abandons her values and her lifelong friends to hang out with the popular crowd. What she gets in return couldn’t be further from her expectations.

Feeling used and alone and facing an unexpected pregnancy, Lenna struggles to regain control of her life, her parents’ trust, and the love of her best friend, Will. But when her pregnancy takes an unexpected turn, taking away what little control she thought she had, she must find the strength to make the most heart-wrenching decision of all.