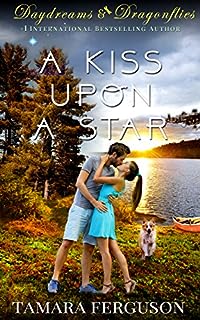 A Kiss Upon A Star

It’s Christmas time when ten-year-old Emily and thirteen-year-old Tim first meet at Dragonfly Pointe. Emily has run away after hearing her mother arguing with her aunt and after seeing her sitting alone in the bleachers when his hockey game has ended, Tim makes sure Emily is returned to her aunt’s home safely.

Fast forward eight years; Emily is now a rising star while Tim has decided to enlist in the Air Force intending to train service dogs. Tim is nursing a broken heart when he runs across Emily and comes to her aid, saving a stray puppy from drowning in the lake at the Dragonfly Pointe Beach. But little does Tim know that Emily’s returned to Dragonfly Pointe to sing at the wedding of the girl Tim thought he was in love with.

Even though Tim doesn’t recognize Emily right away, their chance reunion sparks feelings between them, and later on at the wedding, Emily’s kiss makes Tim understand he’s never really understood the meaning of the word love.

Being a single mom away from family and friends will be tough for Dani Wilde, but if she stays in Montrose, she’ll get sucked back into her old life. Cole LaFleur can’t see how hiring Dani to help with the renovations of the old Wild Rose Inn in Telluride can be anything but trouble. Renovating the hotel stirs up more than dust. Does love have a ghost of a chance? 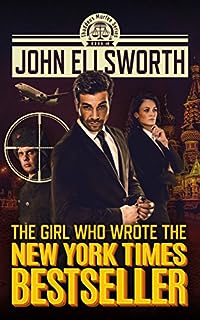 The Girl Who Wrote The New York Times Bestseller

Angelina decides to write a New York Times best-seller based on the skyjacking. She isn’t sure if it will be fiction or non-fiction, but she has her topic once the plane is diverted.

Thaddeus Murfee has just received front-page notoriety in the Tribune for his extraordinary courtroom defense of a World War II death camp survivor. Lately, Thaddeus’ name is being mentioned at all the important lawyer gatherings as the lawyer to keep an eye on in the U.S. In fact, there is even talk about him running for public office, maybe even U.S. Senator. 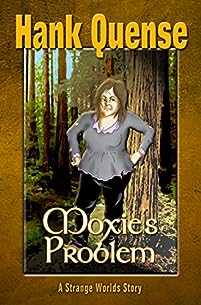 Moxie is an obnoxious, teenage princess who has led a sheltered life. Until now. She struggles to come to grips with reality. This fantasy comedy takes place against a backdrop of Camelot. But it’s a Camelot in a parallel universe.

In Moxie’s Problem, Moxie, a teenage princess, leaves her father’s castle for the first time to travel to her betroth’s home. She is escorted by three Knights of the Round Table, Percivale, Gareth and Bors. Along the way Moxie is stunned by the real world, so different from life in the castle. For one thing, the knights ignore her demands and her commands. They expect her to sleep on the ground, get up at dawn and eat what they can catch or find. Moxie notices how independent they are. The knights do what has to be done whether it’s deciding on a route or fighting brigands. Moxie realizes she hasn’t been trained to do anything. She doesn’t have a life. 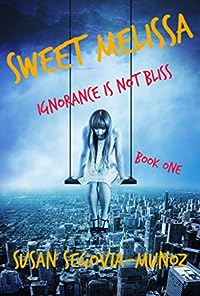 I’m not a celebrity or a model. I’m not rich or famous. I’m a hooker, a hustler and a junkie. It’s not like I chose this lifestyle but something inside of me took over my entire being. I wanted to party. I wanted to have fun. I wanted to fit in and most of all I wanted someone to love me. Little did I know, that what I left behind would be the one thing that I longed for the most.
Homeless and struggling on the streets of Los Angeles, I submitted to a lifestyle of addiction and crime. Would I ever find my way out out this self-produced nightmare??? Was I destined to live my life in hell??? Only time would tell……… 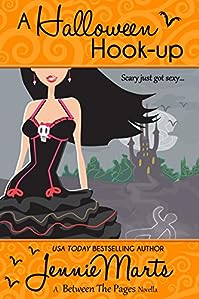 Jerry Finney is a no-nonsense detective who believes in facts and hard evidence. But all of Finn’s beliefs are challenged when he gets thrown into a ghostly mystery on Halloween night with the sexy psychic whose office is down the hall from his.

A self-proclaimed psychic and white witch, Zia is surprised to find herself attracted to the boring uptight private eye next door. When their offices are ransacked, the unlikely pair must team up in order to catch the paranormal perpetrator.

As Finn and Zia share one spooky and sexy night complete with a stakeout, a dead body, a zombie, black lace undies, and some chocolate cupcakes, everything they believe is tested. Will this mismatched pair be able to ‘see’ beyond their differences to solve the ghostly murder and make a spiritual connection? If Finn and Zia can open up to one another, risking their hearts in the process, they just might find love is the greatest treat of all.
Fans of paranormal romance who love mysteries, ghosts, psychics, and tough but tender detectives, will love this enemies-to-lovers Halloween novella. 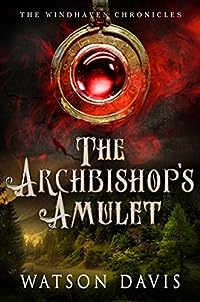 Caldane was once in training to be a shaman for his clan but now he’s a slave of the Nayen empire, trapped in a monastery, his magic being drained away by horrific human sacrifices. With the rest of his clan murdered by the giantess, General Silverhewer, and her army of orcs and humans, Caldane dreams of freedom and the return to the northern wastes of his childhood.

When a new batch of sacrifices are brought in, he seizes his chance for escape but during his recapture, he learns one of his clan still lives. His mother is a slave in Silverhewer’s fortress in Windhaven. 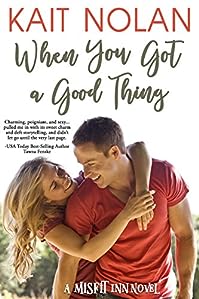 When You Got A Good Thing

She thought she could never go home again. Kennedy Reynolds has spent the past decade traveling the world as a free spirit. She never looks back at the past, the place, or the love she left behind—until her adopted mother’s unexpected death forces her home to Eden’s Ridge, Tennessee.

Deputy Xander Kincaid has never forgotten his first love. He’s spent ten long years waiting for the chance to make up for one bone-headed mistake that sent her running. Now that she’s finally home, he wants to give her so much more than just an apology.

Kennedy finds an unexpected ally in Xander, as she struggles to mend fences with her sisters and to care for the foster child her mother left behind. Falling back into his arms is beyond tempting, but accepting his support is dangerous. He can never know the truth about why she really left. Will Kennedy be able to bury the past and carve out her place in the Ridge, or will her secret destroy her second chance?

…is a macabre serenade to a small town that may or may not exist, peopled with alive and dead denizens who wander about the hills and houses with creepy fluidity. Told by individual inhabitants, the stories recount tales of disappearing dead deer, enchanted gardens, invisible killer dogs, and rattlesnakes that fall from the sky; each contribution adds to a composite portrait that skitters between eerie, ghoulish, and poignant. Miller is a master storyteller, clearly delighting in his mischievous creations. 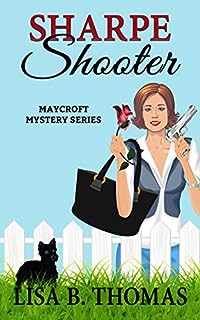 Deena Sharpe hadn’t planned on ditching her teaching job so late in life, and she certainly hadn’t planned on investigating a murder. But when her great-uncle’s body is identified fifty years after his disappearance, that’s exactly what she does.

She’s a small-town, Southern woman with genteel manners. Standing in the way of her investigation is a big-city conspiracy nut determined to cash in on her family’s misfortune. With her devoted husband and off-beat brother by her side, Deena sets out to right a wrong and uncover buried family secrets. When push comes to shove, will Deena back down? Never underestimate a country girl! 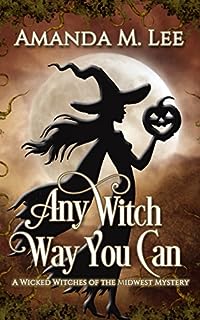 Any Witch Way You Can

As the local editor of Hemlock Cove’s only newspaper, she just happens to be present when a body is found in an area corn maze. To make matters worse, the police believe the murder may have something to do with the occult.

This wouldn’t be a problem for a normal reporter, but since Bay is descended from a well-known line of actual witches, the town is understandably on edge.

Between the suspicious townspeople, the befuddled police presence and that random hot biker guy that may or may not have something to do with the murder — Bay has her hands full.
When you add the typical family problems, multiplying ghosts — and one monster of a zit that she’s sure came from her aunt’s curse — Bay is just struggling to make it through the week.
Of course, when the killer sets his sights on Bay, things could get a whole lot worse.
. 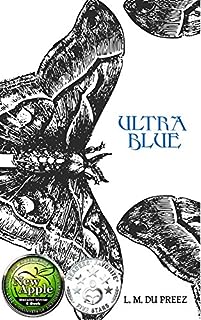 Sidonie has dreamed of the day when she could be royal and special and forget her difficult past of abuse. When Virgil, President of the Black Wings M. C., brings her into his life she believes—she convinces herself—that that day has finally come. But as the months ride by she begins to discover that hurt people hurt people and this dangerous world is just another way to hurt herself. 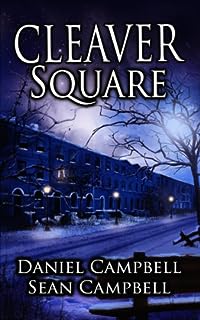 The bleakest winter on record and a gruesome discovery bring DCI David Morton to the Hackney Marshes in search of a clue, any clue, as to the identity of a dead child found near the Old River Lea.

Meanwhile, closer to home, Morton’s long suffering wife Sarah comes to the conclusion that her man has been doing more than work during his late nights at the office. As he closes in on the mystery of the boy’s identity his life begins to crumble and a terrible wrong is done to someone he loves. 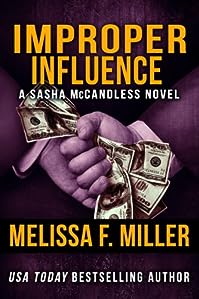 Even Sasha’s most daunting cases to date haven’t prepared her for her current challenge: finding a wedding reception venue that her mother and Connelly can agree on.

Wedding planning woes become the least of her worries, though, when Bodhi King, a forensic pathologist for the City of Pittsburgh, comes to her for help. Young women across the city are dying, and he suspects their deaths are connected. After he voices his suspicions, he becomes a target. Bodhi needs Sasha and Connelly’s assistance to unearth the truth before it’s buried along with more victims — and him, if whoever’s trying to silence him succeeds. 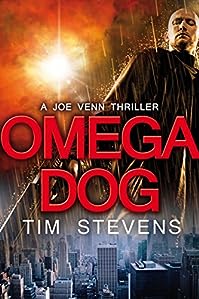 Joe Venn is down on his luck. A Marine and police detective lieutenant, he was kicked off the Chicago force for getting a little heavy-handed while cleaning up the streets. Now he’s eking out a living as a private eye in downtown Manhattan, on a road to nowhere.

His life’s about to get a whole lot worse…

When Venn is arrested for a murder he didn’t commit, he’s given a choice.