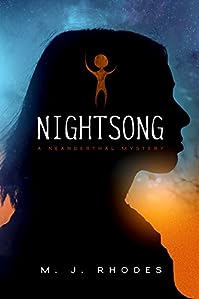 On the way to teaching her first class of the semester, anthropologist Bronwyn Bloom notices a disturbing incident in a local park but doesn’t intervene. When Bronwyn learns later that she was the only witness to the abduction of a young boy, she takes it upon herself to find the boy. Her obsessive search for the boy triggers deep memories of her own–Neanderthal–ancestor. Can her memories of a Neanderthal girl who lived 40,000 years ago help her to find the boy and to understand who she really is? 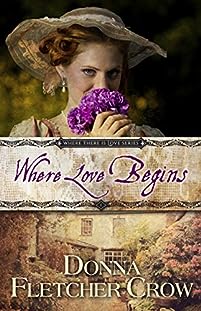 Catherine Perronet’s world is shaken when she learns Charles Wesley is engaged to marry another. After all, Catherine’s initials were on the list John Wesley gave to his brother listing acceptable matrimonial candidates.
And that’s not all that’s wrong in Catherine’s world. As teacher at a Methodist Society school in London, she sees her brother beaten while preaching in the open air, her favorite pupil forced to leave school because of his family’s poverty, and a prisoner receive his death sentence in Newgate Prison. Catherine undertakes the joys and hardships of a circuit-ride preaching tour to Canterbury where a French invasion threatens then must face the terrors of the Great London Earthquake before coming to an understanding of the gentle calling God has for her. 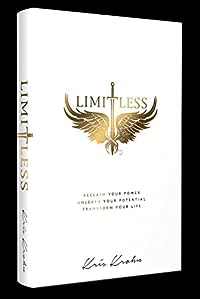 You are about to embark on a journey I call “limitless.” In this journey, you’ll discover that virtually every limitation you’ve perceived in your life has been created not by any external factor, but by your own beliefs.

This is a journey of exploding through your ceilings of limitations and revealing an inexhaustible well of inner resourcefulness, ingenuity, and capability that you never knew you had. It’s a journey of tapping into a fathomless power to
manifest anything you desire.

It’s a journey of accepting that you really can have it all—you can be healthy, enjoy incredibly fulfilling relationships, thrive financially, and expand your personal power to be who we were meant to be. 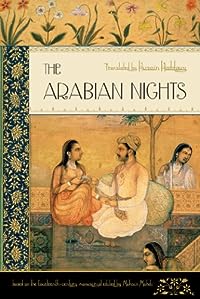 The stories of The Arabian Nights (and stories within stories, and stories within stories within stories) are famously told by the Princess Shahrazad, under the threat of death should the king lose interest in her tale. Collected over the centuries from India, Persia, and Arabia, and ranging from adventure fantasies, vivacious erotica, and animal fables, to pointed Sufi tales, these stories provided the daily entertainment of the medieval Islamic world at the height of its glory. No one knows exactly when a given story originated, and many circulated orally for centuries before being written down; but in the process of telling and retelling, they were modified to reflect the general life and customs of the Arab society that adapted them—a distinctive synthesis that marks the cultural and artistic history of Islam.

This translation is of the complete text of the Mahdi edition, the definitive Arabic edition of a fourteenth-century Syrian manuscript, which is the oldest surviving version of the tales and considered to be the most authentic. 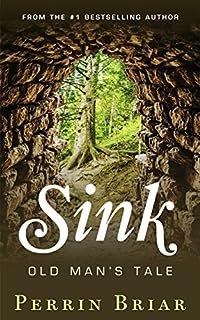 A sinkhole is a natural phenomenon. It can happen anywhere, anytime. It drinks lakes dry, consumes jungles, and even demolishes entire mountains. You may have seen one in your street. But these things aren’t lost. They’ve simply been moved. Things are forgotten on the surface all the time. Beneath the crust, they’re always remembered.

It’s just another day for unscrupulous developer Graham Turner when he breaks into an old man’s home to steal his property deeds. But when he’s sucked through a sinkhole into a forgotten world deep beneath the earth’s surface, Graham and the old man must rely on each other if they are to survive and escape this dangerous new world and return to the surface.

SINK. A forgotten world. A lost world. But not for long. 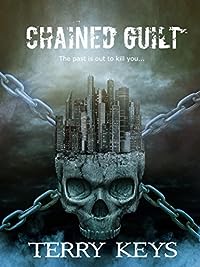 Love is blind and lust is too…

Detective David Porter had just closed the file on his latest serial killer case when horrific murders with the same MO start happening in and around Houston. A fifteen-year veteran of the Houston Police Department, Porter was one of the best serial killer detectives in the country, his talents known worldwide. The recently promoted officer couldn’t ask for much more. He was husband to one of the hottest women on the planet, former-model-turned-news-anchor Miranda Porter. He also had two beautiful daughters. Yes, life was good . . . or so it seemed.
A cunning serial killer was on the prowl, brutally killing every child he could get his hands on. Porter was hot on his trail, but the killer was an expert – no mistakes. A late night of work, a storm and a car accident would lead David head first into another case – a kidnapping – and this time it was personal. Could there be a connection between the two? David was staring face-first down the barrel of both cases and time was running out.
Does Detective Porter have what it takes to bring these criminals to justice and solve they mystery? Will the good life he once enjoyed elude him forever? Only time will tell. 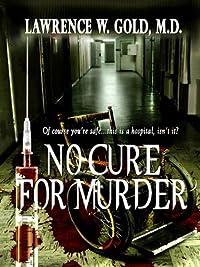 No Cure For Murder

Death at Brier Hospital is routine and provides the perfect opportunity to murder and get away with it. Jacob Weizman, a physician, and his wife, Lola, a psychotherapist, are holocaust survivors and need no proof of evil in this world. Jacob and Lola are unique protagonists. They’re octogenarians who take the fear out of getting old. Their intelligence, competence, humor, and sense of history make them appealing in a world that too often disdains the aged. After fifty-five years practicing medicine, Jacob is disappointed, but not surprised by several patients’ deaths, even the unexpected ones. Soon, however, it becomes clear that a killer is stalking the halls of Brier Hospital targeting Jacob’s patients. While Jacob has made enemies over the years, he finds it inconceivable that anyone would murder his patients for revenge. The killings mount even as the hospital and police increase security and pursue a vigorous investigation. Finally, unsatisfied with surrogates, the killer targets Jacob. 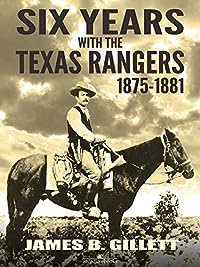 by James B. Gillett

First published in 1921, Gillett’s now classic account of his six years of service depicts with freshness and authenticity how the Rangers maintained law and order on the frontier—and occasionally dispensed summary justice. From the Mason County War to the Horrell-Higgins feud, the capture of Sam Bass, and the pursuit of Victorio’s rebellious Apaches, Gillett saw the kind of action that established the Rangers’ enduring reputation for effectiveness. 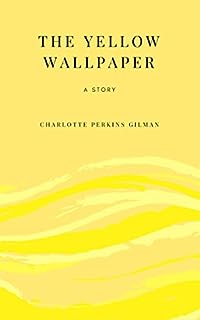 “The Yellow Wallpaper” is a 6,000-word short story by American writer Charlotte Perkins Gilman, first published in January 1892 in New England Magazine. It is regarded as an important early work of American feminist literature, illustrating attitudes in the 19th century toward women’s physical and mental health.

The story is written in the first person as a series of journal entries. The narrator is a woman whose husband — a physician — has confined her to the upstairs bedroom of a house he has rented for the summer. She is forbidden from working and has to hide her journal entries from him so that she can recuperate from what he has diagnosed as a “temporary nervous depression — a slight hysterical tendency;” a diagnosis common to women in that period. The windows of the room are barred, and there is a gate across the top of the stairs, allowing her husband to control her access to the rest of the house. 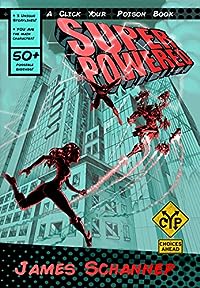 Superpowered: Are You A Superhero Or Supervillain?

3 Unique Storylines. Over 50 Possible Endings. Just one question… Will YOU Be a Hero or a Villain?

You know the superhero fantasy. What would life be like if you had superhuman abilities? But really, given the choice, would you save the world or conquer it? In SUPERPOWERED, the choice is yours.

After a bizarre experiment leaves you with one of three superpowers (play the book multiple times to explore all three!), you must ally with or confront the other two test subjects while the fate of Mercury City–nay, the world!–hangs in the balance.

Live your own interactive comic book adventure and Get SUPERPOWERED! 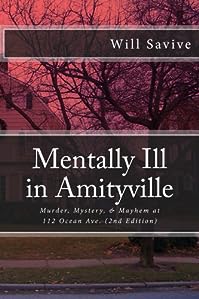 On November 13, 1974 the quiet village of Amityville was rocked by the murders of six members of the DeFeo family at 112 Ocean Ave. The only surviving member of this tragic ordeal was Ronald DeFeo Jr., who was later charged and convicted to six-life-sentences.

Thirteen months later, the Lutz family moved into the lavish Dutch Colonial home, but moved out mysteriously after just 28-days, claiming that the house was haunted! Then came a media frenzy, and with the release of Jay Anson’s runaway best selling book “The Amityville Horror,” which was later transformed into a blockbuster movie, the story became an international phenomenon. 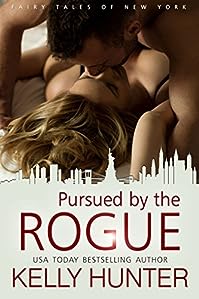 Pursued By The Rogue

A no-strings affair between two dedicated professionals? It should have been the perfect solution.

Ugly duckling Dawn Turner doesn’t do relationships. She has her reasons and they’re good ones. But she can’t resist the magic in Finbar Sullivan’s touch, so she negotiates the next best thing with him. Scorchingly perfect, utterly casual sex.

World class musician Finnbar Sullivan always pushes the limits to get what he wants, and he wants Dawn. All of her. Love, commitment and a future together. So he reneges on the deal and composes a new one.

So what’s stopping her? And will Finn’s latest offer be enough to change Dawn’s mind? 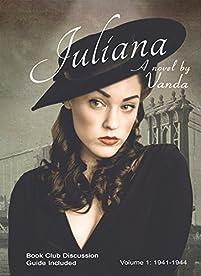 New York City, 1941. Alice “Al” Huffman and her childhood friends are fresh off the potato farms of Long Island and bound for Broadway. Al’s plans for stage success are abruptly put on hold when she’s told she has no talent. As she gets a job to pay for acting classes, Al settles into a normal life with her friends and a boyfriend. It all changes when she meets Juliana.

A singer on the brink of stardom, Juliana is everything Al isn’t: glamorous, talented, and queer. The farm girl is quickly enthralled, experiencing thoughts and feelings she never realized were possible. Al finds herself slipping between two worlds: the gay underground and the “normal” world of her childhood friends. It’s a balancing act she can handle until the two worlds begin to collide. 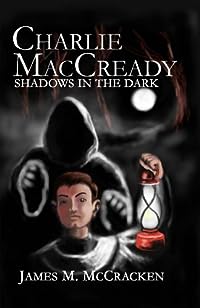 Charlie Maccready Shadows In The Dark

Haunted by nightmares Charlie begins to see shadows lurking all around him. Are they real or just his imagination?

Suddenly, one by one, the students are attacked. As the finger begins to point at Charlie, he must act fast to prove his innocence. Together with his trusted friends Howard, Gus and Rick, they set out to find “The Shadows In The Dark.”