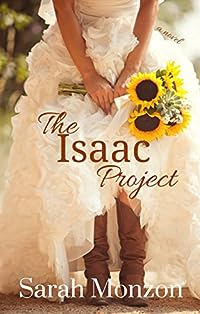 Becky Sawyer’s life unravels in a single day. Not only does she catch her boyfriend, the man she hoped to marry, lip-locked with another woman, she also receives the gut-wrenching news that her grandfather, the man who raised her, is dying. His last wish? To see her happily married. Heartbroken, Becky seeks inspiration in the pages of the Holy Scriptures. And finds it in the story of Isaac and Rebekah.

If love couldn’t keep his parents together, Luke Masterson wonders what will make a marriage last. He decides to steer clear of all women—especially crazy ones like Becky Sawyer, who employs a friend to find her a husband. But when he feels the dogged promptings of the Holy Spirit to move across the country and marry a complete stranger, it seems love has little to do with it anyway.

With commitment their only foundation, and love constantly thwarted, can an arranged marriage find happiness in the twenty-first century? 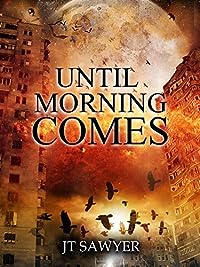 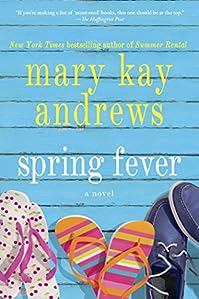 Annajane Hudgens truly believes she is over her ex-husband, Mason Bayless. They’ve been divorced for four years, she’s engaged to a new, terrific guy, and she’s ready to leave the small town where she and Mason had so much history. She is so over Mason that she has absolutely no problem attending his wedding to the beautiful, intelligent, delightful Celia. But when fate intervenes and the wedding is called to a halt as the bride is literally walking down the aisle, Annajane begins to realize that maybe she’s been given a second chance. Maybe everything happens for a reason. And maybe, just maybe, she wants Mason back. But there are secrets afoot in this small southern town. On the peaceful surface of Hideaway Lake, Annajane discovers that the past is never really gone. Even if there are people determined to keep Annajane from getting what she wants, happiness might be hers for the taking, and the life she once had with Mason in this sleepy lake town might be in her future. 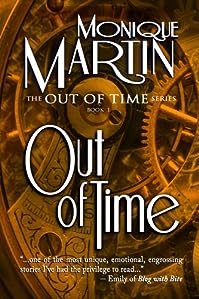 When a mysterious accident transports Simon and his assistant, Elizabeth West, back in time, Simon finally finds both the proof that he’s been looking for, and the romance that he hasn’t.

Simon and Elizabeth’s developing relationship is tested by demons real and imagined. In 1920s Manhattan, there are more than mobsters vying for power in the city’s speakeasies. When the local kingpin with a dark secret sets his sights on Elizabeth, day to day struggles become a fight for their very lives. 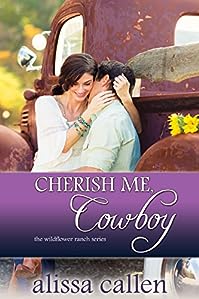 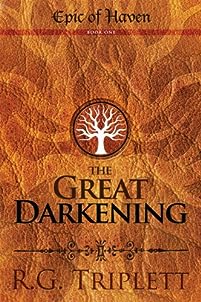 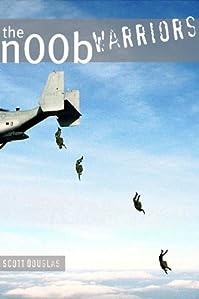 A blog started the forever war–a global war set in the not so distant future between two groups (the Rebels and the Coco’s).

Dylan Austin has grown up with the war being a constant background to his life; his dad has just returned from war missing a leg; his older sister is missing and presumed dead from the war; and all through school war has been embedded into everything they teach. Teens have been raised on educational war video games, and their minds are polluted with the idea that war is just a game.

Unlike most kids Dylan’s age, he does not eagerly await the day he can serve the Rebel cause. At sixteen, Dylan is one of the weakest kids in his class, and is always picked last for war games; he’s not even good at the government issued video games that are supposed to make you more combat ready. Unfortunately for Dylan, war has come early, and he has no other choice but to fight. 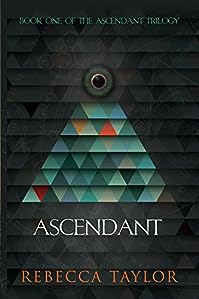 When I was twelve, my mother disappeared. I was the first person to never find her. I’m sixteen now and she has never been found, alive or dead. I’m not the girl I should have been. When Charlotte Stevens, bright but failing, is sent to stay at her mother’s childhood home in Somerset England her life is changed forever. While exploring the lavish family manor, Gaersum Aern, Charlotte discovers a stone puzzle box that contains a pentagram necklace and a note from her mother-clues to her family’s strange past and her mother’s disappearance. Charlotte must try to solve the puzzle box, decipher her mother’s old journals, and figure out who is working to derail her efforts-and why. The family manor contains many secrets and hidden histories, keys to the elegant mystery Charlotte called mom and hopefully, a trail to finding her. 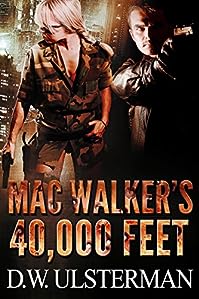 Former Navy SEAL sniper and government gun for hire Mac Walker finds himself in an uneasy alliance with the beautiful and mysterious Vatican operative Stasia Wellington as they fight to save the plane’s passenger and defeat the terrorists and their plot to kill tens of thousands. Mac Walker’s 40,000 Feet is the first volume in the highly popular Mac Walker military thrillers series that has earned an enthusiastic following of fans as they cheer the never give in and never give up nature that embodies the Mac Walker character. 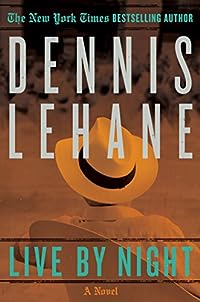 >Meticulously researched and artfully told, Live by Night is the riveting story of one man’s rise from Boston petty thief to the Gulf Coast’s most successful rum runner. 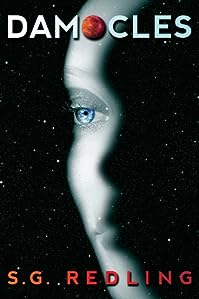 When Earth is rocked by evidence that extraterrestrials may have seeded human DNA throughout the universe, a one-way expedition into deep space is mounted to uncover the truth. What linguist Meg Dupris and her crewmates aboard the Earth ship Damocles discover on Didet—a planet bathed in the near-eternal daylight of seven suns—is a humanoid race with a different language, a different look, and a surprisingly similar society.

But here, it’s the “Earthers” who are the extraterrestrial invaders, and it’s up to Meg—a woman haunted by tragedy and obsessed with the power of communication—to find the key to establishing trust between the natives and the newcomers. In Loul Pell, a young Dideto male thrust into the forefront of the historic event, Meg finds an unexpected kindred spirit, and undertakes an extraordinary journey of discovery, friendship, and life-altering knowledge. 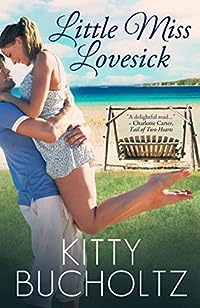 Voices that keep her sane and voices that drive her crazy. The one thing they all agree on – forget Dirk the Jerk and move on.

So Sydney lets her friends drag her into the wilds of Northern Michigan where Little Miss Lovesick, the loudest voice in Sydney’s head, runs into – literally – the perfect man. Is hot fishing guide Matt Engel the man to vanquish heartbreak?

With the vacation flirtation behind her, Sydney is ready to start again. Soon after, however, a difficult – and must keep – client demands Sydney work with his new contractor. Yes, one and the same Matt Engel, hotter than ever and right here in town.

But when Matt’s past comes between them, Sydney wonders how to prevent another broken heart. As the rest of her life spirals out of control, she learns that sometimes a plan isn’t enough without friends to share the load.

Maybe together they can even help Little Miss Lovesick find what she’s been fishing for. 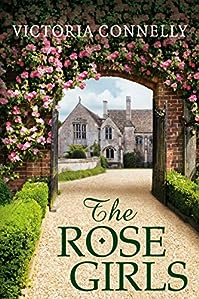 Thirty-year-old Celeste Hamilton’s life is at a crossroads: she has just left a disastrous marriage, and her estranged mother has recently died, leaving the family’s rose business in jeopardy. Reluctantly, Celeste returns to the family home, a moated manor house in Suffolk, to help her two younger sisters sort out the estate and revive the business.

Having endured the fallout from her mother’s Narcissistic Personality Disorder when she was younger, Celeste is filled with self-doubt and crippling insecurities. But she must find the strength and courage to take charge and make some tough decisions to keep the old house from falling down around them. 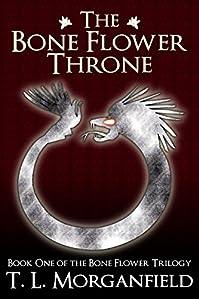 A darkness has taken control of Culhuacan, one of the Toltec’s most powerful kingdoms. The bloodthirsty sorcerer god Smoking Mirror has sent her patron god—the benevolent Feathered Serpent–into exile, but the Feathered Serpent is determined not only to regain his sacred city, but also to end human sacrifice all together.

Princess Quetzalpetlatl barely escaped Culhuacan with her life, but when the Feathered Serpent tasks her with helping his mortal son Topiltzin fulfill his divine mandate, she eagerly embraces her destiny. Finally she can avenge her father’s murder at the hands of the Smoking Mirror’s high priest, and return home.

Yet the price for involving herself in a war among the gods is high, paid in blood and loss. But for Topiltzin—who’s more than just a brother to her—she’s willing to do anything. Even sacrifice her own heart. 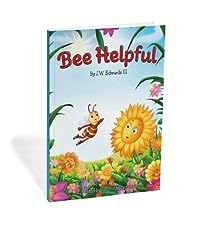 For Sunny Bee, being truly helpful means going anywhere and everywhere. When his beautiful sunflower friend Myah becomes very ill, Sunny travels to the “far side of the hills” seeking help. Faced with a series of challenges including a raging storm, large spiders, or even the intimidating Grandfather Oak, Sunny’s dedication never wavers!