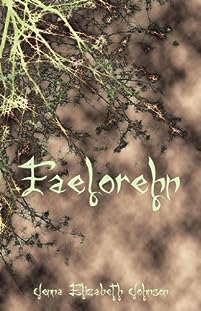 Meghan Elam has been strange her entire life: her eyes have this odd habit of changing color and she sees and hears things no one else does. When the visions and voices in her head start to get worse, she is convinced that her parents will want to drag her off to another psychiatrist. That is, until the mysterious Cade MacRoich shows up out of nowhere with an explanation of his own.

Cade brings her news of another realm where goblins and gnomes are the norm, a place where whispering spirits exist in the very earth, and a world where Meghan just might find the answers she has always sought. 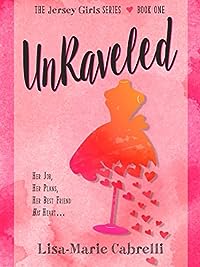 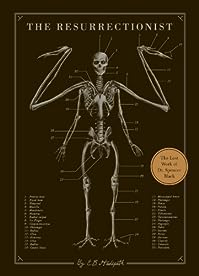 by E. B. Hudspeth

Philadelphia, the late 1870s. A city of gas lamps, cobblestone streets, and horse-drawn carriages—and home to the controversial surgeon Dr. Spencer Black. The son of a grave robber, young Dr. Black studies at Philadelphia’s esteemed Academy of Medicine, where he develops an unconventional hypothesis: What if the world’s most celebrated mythological beasts—mermaids, minotaurs, and satyrs—were in fact the evolutionary ancestors of humankind? 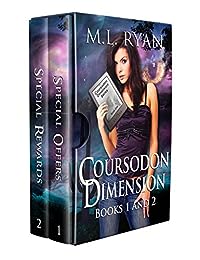 What could possibly go wrong?
Hailey only wanted an eBook reader because her collection of paperbacks threatened to take over her tiny apartment.

Little did she know that the “special offers” included much more than a reduced price in exchange for a few ads.

The Kindle arrived with the essence of Sebastian, an arrogant enforcer with magical abilities from a parallel dimension. When he inhabits Hailey, she finally has a man inside her, just not in the way she imagined.

Her predicament introduces her to yet another supernatural, the handsome could-be-the-man-of-her-dreams, Alex. Can they find a way to return Sebastian to his own body and stay one-step ahead of the criminals who want to keep him where he is? 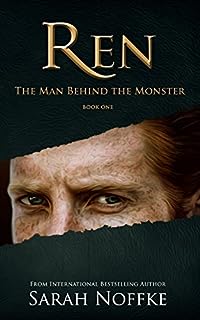 A bordering psychopath must face the monster inside of him before it rips him a part.

Born with the power to control minds, hypnotize others, and read thoughts, Ren Lewis, is certain of one thing: God made a mistake.

No one should be born with so much power. A monster awoke in him the same year he received his gifts. At ten years old. A prepubescent boy with the ability to control others might merely abuse his powers, but Ren allowed it to corrupt him. And since he can have and do anything he wants, Ren should be happy. However, his journey teaches him that harboring so much power doesn’t bring happiness, it steals it. Once this realization sets in, Ren makes up his mind to do the one thing that can bring his tortured soul some peace. He must kill the monster. 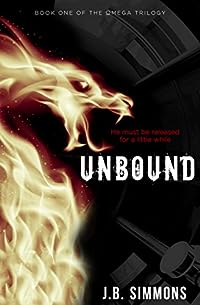 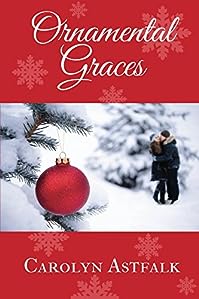 After his duplicitous girlfriend left, Dan Malone spent six months in a tailspin of despair and destruction: emotional, physical, and spiritual. Just when his life seems to be back on track, he meets Emily Kowalski, younger sister of his new best friend.

Emily’s the kind of girl he’d always dreamed of–sweet, smart, and sincere. But he’s made a mess of his life and ruined his chances for earning the love and trust of a woman like her.

Could Dan be the man Emily’s been waiting for? How could he be when every time they get close he pulls away? And will he ever be free from his shady past and the ex-girlfriend who refuses to stay there? 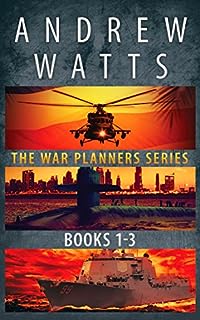 A nation on the brink of war.
A conspiracy that threatens the globe.
And one military family, caught in the middle, fighting for freedom.

From a secretive jungle-covered island in the Pacific, to the sands of the Middle East. From the smog-filled alleyways of China, to the passageways of a US Navy destroyer. The War Planners series follows different members of the military and intelligence community as they uncover a Chinese plot to attack America.

Chinese billionaire Cheng Jinshan and his wicked spy, Lena Chou, are moving their pieces on the board.

Now, in order to save America, the leaders in the CIA and Pentagon have set up a secretive task force. Their mission: to thwart Jinshan’s plans, and prevent a global war.

The members of the Manning family are scattered around the globe – each with a critical role to play. Technologist David Manning is taken from his family’s home and thrown onto a special CIA task force. Ex-SEAL Chase Manning is sent to team up with a Marine Corps special operations unit. Admiral Charles Manning leads a US Carrier Strike Group, filled with America’s latest and greatest naval technology. And Lieutenant Commander Victoria Manning is the officer in charge of a helicopter detachment on the navy destroyer, the USS Farragut – the only ship that stands in the way of a Chinese onslaught. 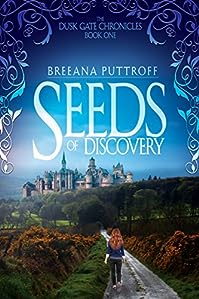 Seeds of Discovery is the first book in the beloved Dusk Gate Chronicles. Find out for yourself why readers are falling in love with Quinn, William, and the rest of the Rose family.

Fully feeling the weight of her stupidity, she climbed the four crumbling stone steps toward the end of the broken-off bridge. This time, she did not hold back or hesitate. She closed her eyes and stepped forward. Expecting only a loss of balance and the resulting short drop into the cold water below, she was surprised when it didn’t come. There was solid stone underneath her right foot. Maybe she had missed. When a second attempt with her left foot also failed to produce an icy-cold plunge into the stream, she opened her eyes. 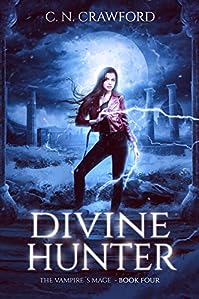 All’s fair in love and magic.

Rosalind is preparing for all-out war with Drew, who wields gods-magic with terrifying skill. But now Rosalind is learning to harness gods-magic, too. When she next encounters her cousin, she wants to destroy him completely.

Unfortunately for her, Drew launches a surprise attack on the vampire city. Torn away from Caine, she’s trapped in Drew’s sadistic world where she has to do whatever he commands. But a quiet rage simmers under the surface…

Drew thinks he can control her, but she’ll do anything to be reunited with Caine, her seductive demigod. And when she does, she’s determined to learn the truth about him–and herself–once and for all. Gods-magic or not, she’ll find a way back to the vampire city.

Because the price of failure will be far too high for her, for Caine–and for all of demon-kind. 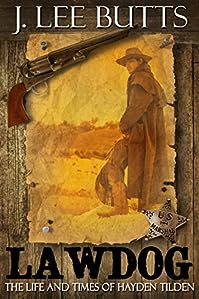 Legendary as the meanest, most fearless lawdog of the Old West, Hayden Tilden sometimes blurs the line between U.S. Marshal and hired assassin. His adventures all began with one murderous, cold-blooded bastard: Saginaw Bob Magruder.

The depraved killer butchered Tilden’s entire family and hurled the young man into a ruthless, bloody crusade for vengeance and a career as a U. S. Marshal. Tracking down Magruder will be just the beginning of Tilden’s adventures, bringing his own brand of justice to the wild and lawless West. 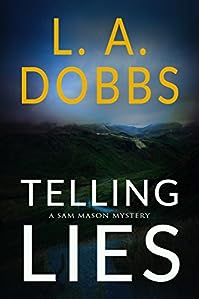 The small police force of White Rock, New Hampshire, is still reeling from the death of Officer Tyler Richardson when they are called to the scene of the accidental drowning of an out-of-town camper.

But Chief Sam Mason and Sergeant Jody Harris soon discover the drowning was no accident. Someone murdered Lynn Palmer and staged the scene to make it look that way.

With a pool of suspects who aren’t telling the truth and a corrupt mayor who wants the case solved yesterday, Sam and Jo follow a puzzling trail of clues with a surprise ending. And when a stray dog points them in the right direction, Sam discovers the killer is closer than he thought.

Just when Sam and Jo think they can rest after having solved Lynn’s murder, a shocking discovery proves that sometimes even those you trust can be telling lies. 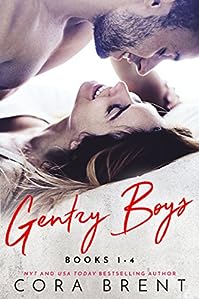 DRAW
They called us ‘those white trash Gentry boys’ until we believed that’s what we were. Our people squatted at the edge of a hellhole prison town for generations. The childhood we endured was the stuff of nightmares. I’d learned early on that my brothers, Chase and Creed, were the only people on earth worth my time.
They all told us we were bad, that we’d always be bad.
The horrors of the past have scarred my soul.
But now I need to be better.
For her.

RISK
Violence had always found us Gentrys but this time I’d put the price on my own head. It was my cross to bear. No flinching allowed.
There was only room for me, my brothers, and the resolve to survive. That’s all there ever had been.
There was certainly no reason for more than than a quick and dirty time with any female, no matter how much this sassy southern girl with a killer body turned my head around.
I shouldn’t hold on to Truly Lee for more than a few hours. I shouldn’t even think about it. This thing could finish us both.
It doesn’t matter. She’s all I want. 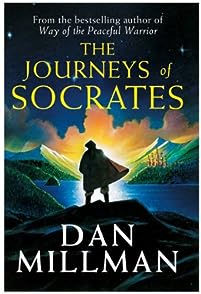 The Journeys Of Socrates

Sergei was three when the soldiers took him. At fifteen he fled into the wilderness, with nothing to cling to but the memories of a grandfather who called him Socrates and the promise of a gift buried near St. Petersburg. Thus begins The Journeys of Socrates — an odyssey that forged the character of Sergei Ivanov, whose story would one day change the lives of millions of readers worldwide. This saga of courage and faith, of love and loss, reveals the arts of war and the path to peace. Ultimately, it speaks to the quest we all share for a meaningful life in a challenging world.