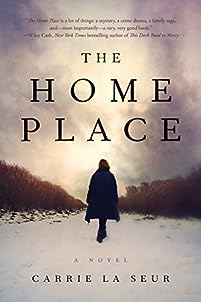 The Home Place: A Novel

The only Terrebonne who made it out, Alma thought she was done with Montana, with its bleak winters and stifling ways. But an unexpected call from the local police takes the successful lawyer back to her provincial hometown and pulls her into the family trouble she thought she’d left far behind: Her lying, party-loving sister, Vicky, is dead. Alma is told that a very drunk Vicky had wandered away from a party and died of exposure after a night in the brutal cold. But when Alma returns home to bury Vicky and see to her orphaned niece, she discovers that the death may not have been an accident. 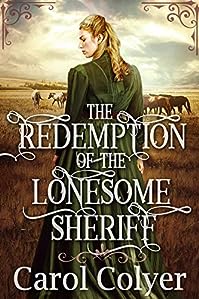 The Redemption Of The Lonesome Sheriff

It’s been one year since Sheriff Dru Ryder last saw his wife alive. Ever since she was kidnapped by a ruthless gang, he has succumbed to misery and whisky, overwhelmed by grief and guilt over his failures as a husband. And when he thought that everything was lost, there came hope! An anonymous tip eventually pushes him to fight his depression and seek her in the wild. In an unexpected turn of events, they meet each other, but she acts like a stranger! Will the sheriff help her find everything she’s lost, even if endangering their future together?

Polly Ryder was kidnapped from her home. Her memory is foggy and she only remembers the place where she was held. In losing her memory though, she also forgot the problems that tainted her marriage. When her husband comes to her rescue, will she regain her memories and forget the heartache that comes with it? 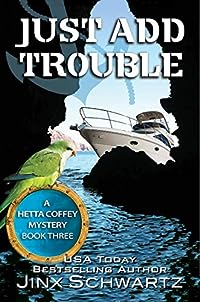 After a run-in with a couple of sea serpents that threaten to rock the boat, she nevertheless decides to take on a project in the Mexican port city of Guaymas. After all, Jenks is headed back to Kuwait, so why not cash in on the best of both worlds by picking up a few pesos while living aboard her boat in Mexico? 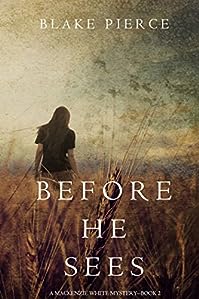 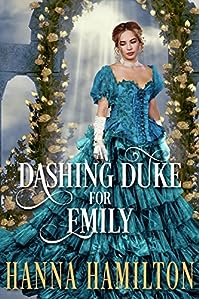 A Dashing Duke For Emily

Emily Dunn is the star pianist in her musical family. She is surprised when Mark Linfield, the handsome and powerful Duke of Edgerton, and his Uncle Silas invite her and her sisters to supper together.

Both Mark and his uncle are smitten with the elegant, statuesque Emily, and the Duke, a patron of the arts, suggests he would like to help launch her career as a solo pianist throughout Europe. 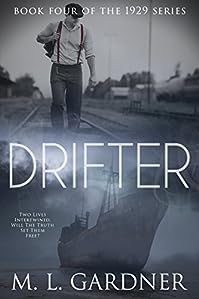 Richard Sloan, a Massachusetts missing person’s detective who seems to be losing his touch. After six months he hasn’t found anyone alive and becomes desperate to redeem his reputation.

Aryl Sullivan, who suffered amnesia in a boating accident, finds himself caught up in a series of events that land him in London. While in the hands of Gina, a secretive and controlling woman, and her boss, Mickey, Aryl is forever changed as he does what he has to in order to survive. 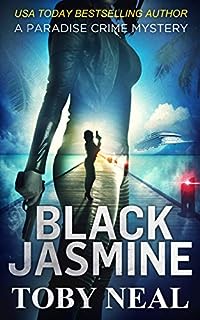 When a nameless young girl is found in a crashed vehicle on the rocks of one of Maui’s black lava cliffs, Detective Lei Texeira can’t rest until she finds out what really happened. She blazes through all the wealth and poverty of Maui island society in her quest for justice even as she faces the personal demons of commitment and revenge that threaten the only real love she’s ever known.

That girl should never have crossed me.

I know who I am—a procurer of beautiful things for people who can afford them. Men and women for pleasure, fine art for collectors, and money for the mob. Lei Texeira is nothing but an annoyance. 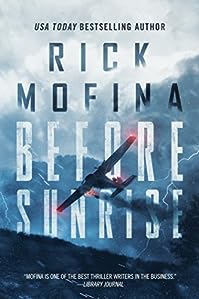 Will Fortin of the Royal Canadian Mounted Police is on patrol in southern Alberta. It’s a lonely region where the sky meets the land on even terms, where the landscape exaggerates or diminishes your place in the world. If you’re lucky, trouble would never find you there. If you weren’t, this was your battleground.

This is where Fortin experiences the worst any cop can face, the taking of innocent lives while under fire in responding to a violent call at a farm involving a gun. His life destroyed his guilt unbearable, Fortin, a good man, struggles as a haunted soul, aching to redeem himself.

Years after the shooting, Fortin is assigned to escort a murderer from a Canadian prison to trial in Seattle, Washington. When their plane crashes in the unforgiving Rocky Mountains, Fortin is presented with his last chance at redemption. 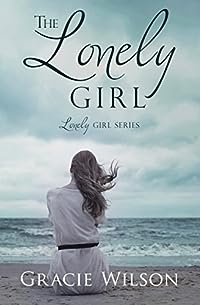 One night can change it all. One argument can leave you reeling. A look can take you to a place you can never return from again. What happens when one day, you wake up and find your world has been turned upside down? The person you love is gone. The life you thought you’d have is no longer one you see being able to get back to. You lost the one person you loved more than anything. They tell you to move on, try. For them. It’s what they would want. But is it really? So I try.

This time, will be different. I slowly start to put the shattered pieces of my heart back together, only to have it broken again, by someone I thought I trusted. My heart’s barely healed, my world just starting to make sense again, when tragedy and devastation strikes. My circumstances leave me asking one question… Is it worth the risk to love again? 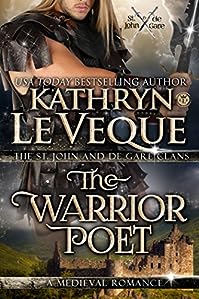 1266 A.D. – A family feud has existed between the House of de Gare and the House of St. John for over seventy years. The feud has seen Eden Castle, home to the St. John’s, grow stronger while Castle Winding Cross, lair of the de Gare clan, suffers. Furthermore, the House of St. John has bred the most fearsome warrior in the north of England, a powerful knight known throughout the land as the Demon of Eden. Christian St. John is the culmination of decades of fine breeding and training, a master of the knighthood. When Christian launches what he hopes will be the final attack against Winding Cross to end the long-running feud once and for all, the de Gares are cunning enough to avoid complete destruction. Furious, Christian’s father orders his son to breach the sanctity of the convent where the de Gare heiress has been hiding. The Demon is able to violate the convent and capture his quarry, but not without a fight. 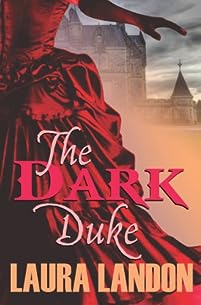 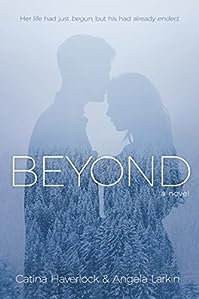 Presley Hale has no idea the guy she just told off in the school parking lot died in a drowning accident four months ago. Why would she? It’s not like she knows she can see the dead. Stunned by Presley’s sixth sense, Landon Blackwood rethinks his planned departure and begins tracking her to find answers to their mysterious connection.

When their complicated relationship turns dangerous, they learn that tampering with the boundaries of death comes with consequences. Can Landon save Presley from the insidious spirits who have marked her for death, or was their love doomed from the beginning? 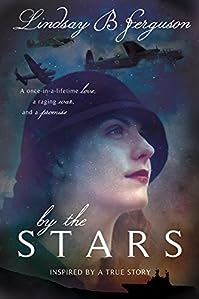 He was lost. Lost in those deep brown, beautiful eyes.

As clear as day, Cal heard a voice inside his head: “That’s the girl you’re going to marry.”

When Cal finally gets a chance with Kate, the girl he’s loved since grade school, their easy friendship quickly blossoms into a meaningful romance. But World War II soon cuts their time far too short and Cal prepares to part from her—possibly for good. With Kate’s memory willing him on, Cal must put his trust in God to survive if he hopes to ever return to her. Inspired by a true story, By the Stars is a romance that stands the test of time and the most intense obstacles.