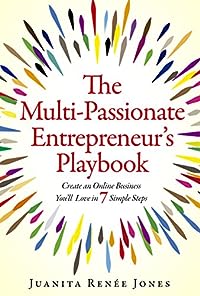 Worried your true entrepreneurial talents are wasting away? Discover a system for growing your passions into a blooming business.

Are you struggling to find your calling? Have you tried (and failed) to follow industry advice by focusing your energy on just one trade? Successful entrepreneur coach Juanita Jones can relate. After wasting time and money pursuing other people’s idea of a successful business, she wised up and built her company around her passions. And now she’s here to help you create your own dream job. 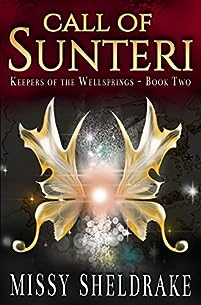 Azaeli Hammerfel has been named a knight, and is thrilled to be on her first true quest alongside her parents’ guild. Their journey to see Prince Eron and his expecting wife safely to Lake Kordelya is shrouded with a sense of impending doom that tests the strength of His Majesty’s Elite and the love that Azi and Rian, the Mage, share. When Kythshire’s fairies find themselves a target of the same threat, an unlikely champion presents himself.

Tib Nullen has had a hard life. He’s just twelve years old, but as a field slave in the Sorcerer-run country of Sunteri, he has seen more toil, loss, and cruelty than anyone should be made to endure. When tragedy strikes his family, Tib finds himself flung into a plot much bigger than he. In his struggle to make sense of his thoughts, which he fears are not fully his own, he learns he has a greater purpose: to help restore the Wellspring of Sunteri. 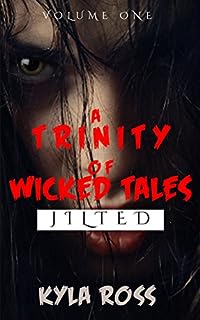 A Trinity Of Wicked Tales- Jilted

Suspicion meets desperation in this compendium of dark tales that ignite the inner demons of desperate souls and take them on a violent journey filled with rage, deception, and horrifying acts that will either make or break them. Do they have what it takes to survive or will their worlds continue to spiral out of control? 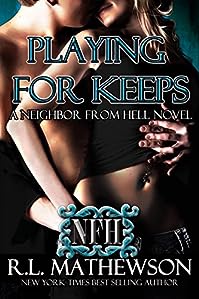 Done with being the world’s biggest pushover, Haley decides that things are going to start changing. The first thing that she was going to do was to put a stop to all the crap that her aggravating neighbor put her through. What she hadn’t expected was to be sucked into his world, but Haley has a game plan and she won’t let herself forget what the bad boy next door is capable of.

The last thing that Jason expected was for his shy little neighbor to go Rambo on him over some ruined flowers, but he quickly got over it once he realized exactly what he’d been missing. After he decides to take her under his wing, he can’t help but notice how nicely she fits in his life. Now the only thing left to do was to convince her that this is anything but a game. 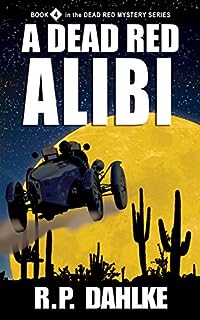 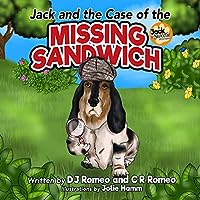 Jack And The Case Of The Missing Sandwich

Jack is a furry detective on a mission. After being falsely accused of stealing, Jack solves the mystery and makes a new friend in the process. 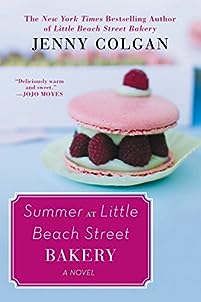 A thriving bakery. A lighthouse to call home. A handsome beekeeper. A pet puffin. These are the things that Polly Waterford can call her own. This is the beautiful life she leads on a tiny island off the southern coast of England.

But clouds are gathering on the horizon. A stranger threatens to ruin Polly’s business. Her beloved boyfriend seems to be leading a secret life. And the arrival of a newcomer—a bereft widow desperately searching for a fresh start—forces Polly to reconsider the choices she’s made, even as she tries to help her new friend through grief. 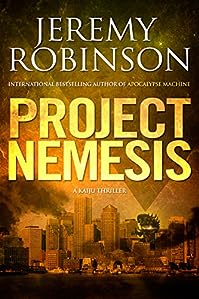 Jon Hudson, lead investigator for the Department of Homeland Security’s Fusion Center-P, thinks his job is a joke. While other Fusion Centers focus on thwarting terrorist activity, Hudson’s division is tasked with handling paranormal threats to national security, of which there have been zero during his years at the DHS. When yet another Sasquatch sighting leads to a research facility disguised as an abandoned Nike missile site in the back woods of Maine, Hudson’s job becomes deadly serious.

Hudson and the local Sheriff, Ashley Collins, suddenly find themselves on the run from a ruthless ex-Special Forces security team, but the human threat is short-lived as something very much not-human destroys the facility and heads for civilization, leaving only a single clue behind—a name scrawled in blood: Nemesis. Working with his team at Fusion Center-P, Sheriff Collins and a surly helicopter pilot named Woodstock, Hudson pursues the creature known as Nemesis, attempts to uncover the corporate secrets behind its creation and accidental release and tries to comprehend why several clues lead to a murdered little girl named Maigo. 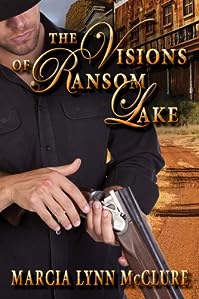 The Visions Of Ransom Lake

Youthful beauty, naïve innocence, a romantic imagination thirsting for adventure…an apt description of Vaden Valmont, who would soon find the adventure and mystery she had always longed to experience…in the form of a man.

A somber recluse, Ransom Lake descended from his solitary concealment in the mountains, wholly disinterested in people and their trivial affairs. And somehow, young Vaden managed to be ever in his way…either by accident or because of her own unique ability to stumble into a quandary.

Yet the enigmatic Ransom Lake would involuntarily become Vaden’s unwitting tutor. Through him, she would experience joy and passion the like even Vaden had never imagined. Yes, Vaden Valmont stepped innocently, yet irrevocably, into love with the secretive, seemingly callous man.

But there were other life’s lessons Ransom Lake would inadvertently bring to her as well. The darker side of life…despair, guilt, heartache. Would Ransom Lake be the means of Vaden’s dreams come true? Or the cause of her complete desolation? 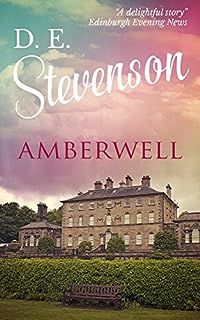 It was dark when Nell Ayrton got to Carlisle. There had been a raid in the Midlands and the station was blacked-out and in chaos.

Nell ran wildly from one side of the enormous station to the other, despair clutching at her heart. How on earth was she to find an unknown woman in the milling crowds? And would she have Roger’s baby safely tucked away with her?

Amberwell, an estate on the west coast of Scotland, has been in the Ayrton family for several generations… descending from father to son in an unbroken line.

By family tradition, each new owner was to add to the amenities of the place and in this way Amberwell grew larger and more beautiful as the years went by, endowed with gardens and terraces and orchards. 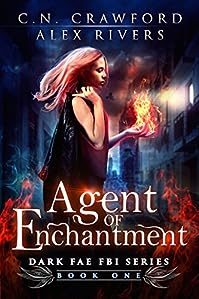 The fae live among us. And one of them is a serial killer.

I thought this would be a simple profiling case. Just another Jack-the-Ripper wannabe, prowling London’s streets, searching for easy kills. I was wrong. This killer is fae, and he’s as elusive as smoke on the wind. But I’m an FBI profiler, and it’s my job to track him down.

It doesn’t matter that one of the main suspects–a lethally alluring fae–is trying to seduce me… or kill me, I’m not sure which. I won’t be stopped, not even when panic roils through the streets of London, or when the police start to suspect me.

As I close in on the killer, I follow him to a magical shadow realm that’s like nothing I ever expected, where I’m hunted like prey. Fine. Bring it on. I’m an FBI Agent. And it turns out I have magical powers of my own. 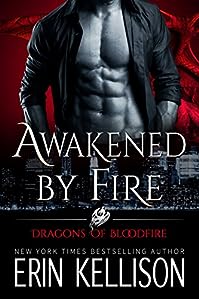 Billionaire dragon shifter and Bloodkin Triad member Warrick Voclain is no stranger to power. But when his trusted steward’s beautiful granddaughter—all grown up and successful in her own right—seems to be using illegal magic in his presence, he is thrown for a loop. And the fact that she’s doing so to protect him? Alarming.

Samantha Vine needs to stay under the radar, or her secret gift will get her and her granddad killed. She didn’t intend for her quick visit home to stretch into weeks in Warrick’s company, but anyone striking at Warrick would also hurt her granddad. Only she has the ability to see what’s coming…though she’ll need Warrick’s help to stop it.

The use of such magic is punishable by death, and Warrick’s position on the Triad requires that he adhere to the rule of law. But the attraction between them is electric, stirring his blood and straining his control.

Adversaries wait in every shadow, and the easiest way to strike down a powerful dragon is to go for the heart…in Warrick’s case, Samantha. With fire and blood, he’ll reshape the world into one that’s safe for her. And those that don’t bend to his will? They will burn.